With a relatively simply agenda, we have a welcome, slightly later start to the day. There are only three things to achieve – the fulfilment of a wish, lunch and a visit to the Winston Churchill War Rooms, completing our retrospective of Churchill’s life.

Over the past few years, we’ve toured his birthplace, Blenheim Palace, and Chartwell, his beloved family home. Yesterday, we saw where he lay in state in Westminster Hall and we’ve visited St Martin’s church in Bladon, his burial place. I find Churchill compellingly fascinating, as does Himself. An unparalleled leader and orator I’m convinced the modern world owes its freedom to his skill.

We tackle our most important task first. Having introduced my nephew to Harry Potter last year, I’m deeply pleased he’s become a fan. Discussing books on our last visit, he let slip a longing for a Gryffindor scarf, a wish I’m all too happy to fulfill.

Our first attempt fails: no stock. But! Nearby is the Palace Theatre where Harry Potter and the Cursed Child is playing.

Normally we wouldn’t be allowed in without tickets, but a kindly usher makes the arrangements. We queue for entry and despite having seen the play twice, I’ll admit to a wee twinge of jealousy at everyone else, tickets firmly gripped in hand. It’s short lived though, once inside there’s scarf success at the merchandising stand – I can’t wait to see the look on his face when I give it to him.

Our lunch stop is a Vietnamese restaurant nearby, another “Where Chefs Eat” recommendation.

The menu is bursting with options – it takes quite a while to settle on a choice. We both have a Hanoi BBQ pork vermicelli bowl, featuring a variety of marinated pork cuts, barbecued to perfection then simmered in a fragrant broth. With a noodle salad bowl bursting with fresh herbs and a tasty spring roll, we’re in agreement – it’s one of the best Vietnamese meals we’ve had. Heavenly!

That book is worth its weight in gold – it’s only its enormous size that stops me from tucking it under an arm permanently. Oh, for an on line app version!

Tummies thoroughly happy we set out through St James Park to the Churchill War Rooms. There’s plenty to see along the way.

In grand London tradition, it’s a day for queuing, first for Harry, then for lunch, now for Churchill. It makes our entry much later than Himself would like, but he manages not to grumble – he’s (not so) secretly wanted to see the War Rooms for ages.

Selected for its proximity to 10 Downing Street and Parliament, the once store room site was hand picked by Churchill as his Cabinet War Room. Reinforced at the start of the war with one metre thick steel girders and concrete, extraordinarily, the site never took a direct hit.

We see an extensive array of rooms that housed a wide range of staff from Churchill’s war cabinet,

and generals, through to the typing pool.

Whilst Churchill preferred to be be above ground, both he and Clementine had rooms here. 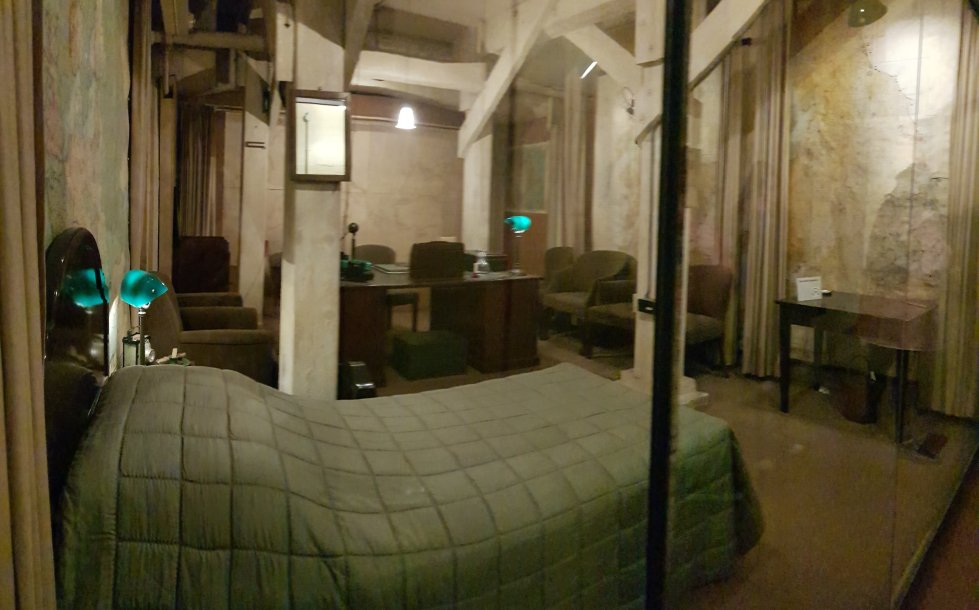 The site was used heavily during the London blitz era (1940 – 1941), after 10 Downing Street was badly damaged in 1940 and again during the V Day weapons raids (1944 – 1945) necessitating the need for many of the staff to live underground for extended periods of time.

We see their accommodations, meeting rooms,

and even the room from which Churchill’s speeches were broadcast to the BBC.

There’s the impressive map room where data from international sea and land battles were plotted,

and an enigma coder.

Considering how manual data analysis was in the 1940s, the work undertaken here was extraordinary.

There’s also an extensive musuem covering every aspect of Churchill’s life from his birth, early childhood, schooling, his time as a war correspondent, military career, his political career, painting and writing. 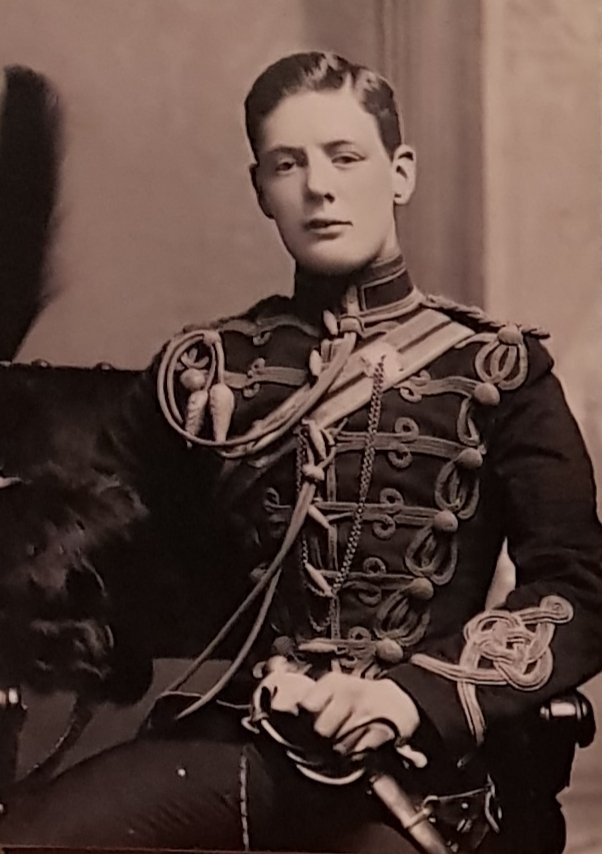 We learn about his personal life, his successes and failures, his love of Clementine, Chartwell, good food and a top notch tipple, his skills as an orator and the deep esteem in which he was held, by the public and the staff who worked for him.

Churchill worked at a punishing pace, 18 hour days were common, pushing all who worked with him likewise. He demanded their best, his way and only his way. Thank goodness he wasn’t subject to modern management theory. Leadership is fast becoming a lost, watered down skill in a PC world. I’m a furm believer in the old school – diamonds are only ever formed under the hardest of pressure.

He hated noise. Whistling was forbidden here and even the typewriters were a special imported, noise reduced version.

There’s a moving account and footage of his funeral service, which literally stopped a nation.

What a great, great man. He seized life and wrung every last drop from it. How lucky the world was to have had the gift of him at a time we really needed him.

We emerge to the early evening, in awe of Churchill’s achievements, and start the trek back.

Our way home is made all the happier for this little one, who squirrels over for nuts. Perhaps I haven’t been shunned after all.

For all of only “three things” to do, it’s been a long, busy and fruitful day. Well worth it – a fitting last day in London.

Himself even concedes, having only made it home after dark, that the earth didn’t stop spinning after all. There’s hope for nocturnal excursions yet!

I’m calling that a win.