We’re back in Salisbury, for a second day’s exploring: first stop is Mompesson House. Built on the site of an existing 1635 house, it was built in 1701 by Charles Mompesson.

Built in the Queen Anne style, it was modified some 50 years later, adding its magnificent plasterwork.

Mompesson was built on church land, in The Close, opposite Salisbury Cathedral. For three centuries, the house was sold under a leasehold agreement to a succession of families, until 1952, when it was sold to Denis Martineau as a freehold, on the condition he left it to the National Trust on his passing.

When the Trust acquired Mompesson in 1975, it was empty and had a very colourful interior. It took two years for the Trust to tone down the interior and to refurnish it with pieces appropriate to the period. 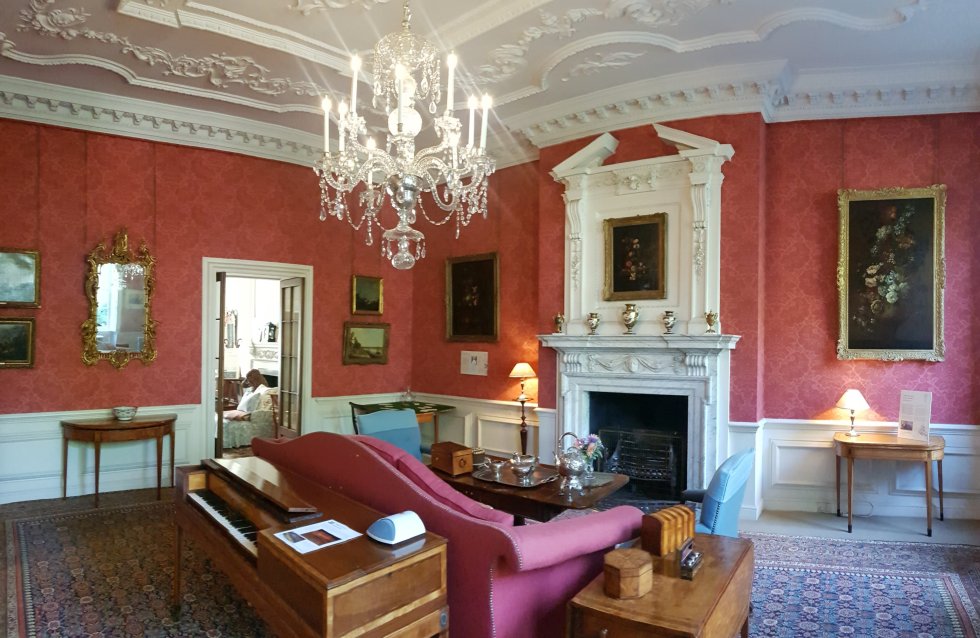 The photo below is from a book documenting the change – I have no idea what he was thinking of that blue, white and yellow colour scheme. And don’t get me started on the ruched curtains!

The house features a very moving exhibition of Victorian times: “Standing by my darling’s side” tells a story of love and loss between Jinny Townsend and Willie Hammick. In a time when people wrote letters and kept diaries documenting their lives, their story is immediately touching, her hopefully sunshine yellow wedding dress, incredibly poignant.

An art we’ve lost I think, committing our heartfelt thoughts on on paper.

Not everything is better in the modern age. The internet has all but killed the art of romantic letters. A text or email will never carry the same weight as a longed for letter from a loved one. For all of Willie’s ill health, it’s Jinny who dies, leaving him bereft. This unlikely love story with its tragic end would thaw even an ice bound heart.

Downstairs, the rear of the house contains the library, still featuring a colourful ceiling, in a nod to its history and a peaceful garden.

The house has a wonderful, welcoming, family feel to it. It’s perhaps captured the hope contained in Willie and Jinny’s relationship. Himself and I could quite happily see ourselves living here. Amusingly the brochure mentions that many visitors say this – it’s clearly a very engaging property.

Post tour we have a quick stop for lunch. Himself reverts to nursery food with shepard’s pie.

I plump for a steak sandwich whilst

We wander for a while post lunch, without any particular aim, just enjoying the architecture and landscape that surrounds us. 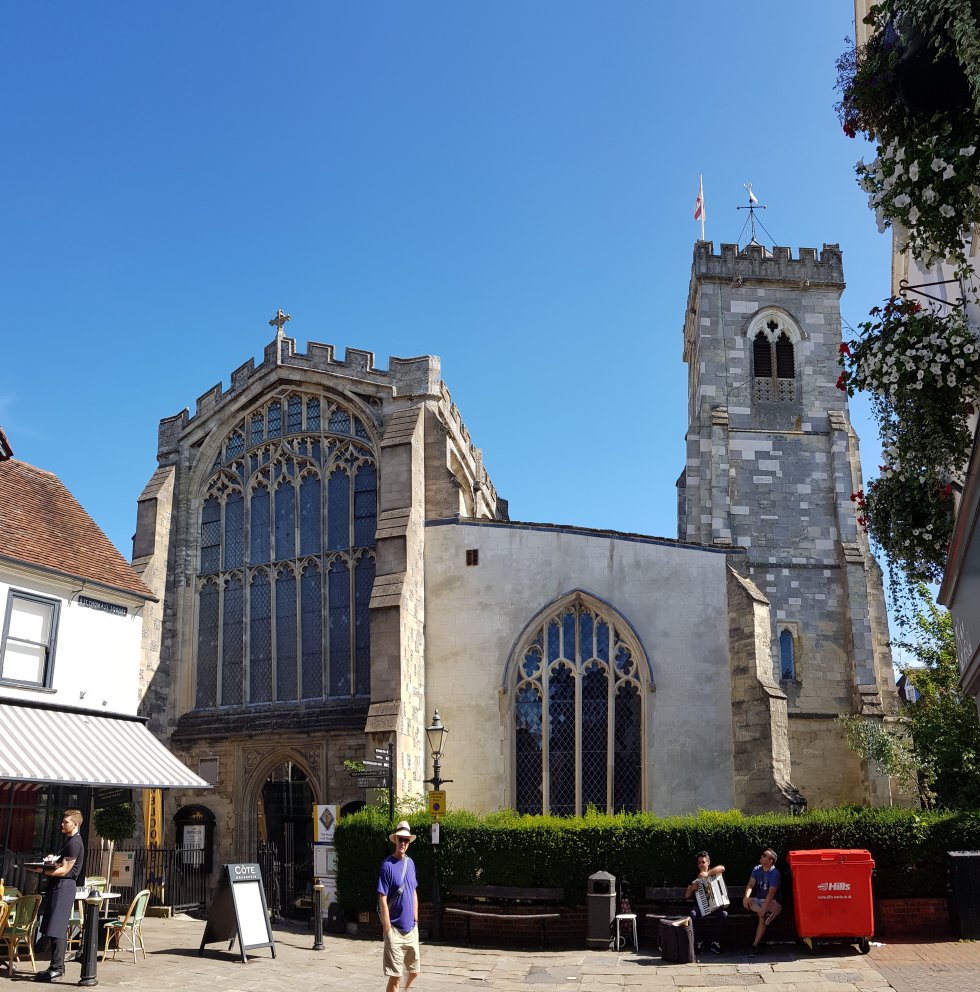 Eventually, we turn our thoughts to Old Sarum and take the short drive there. Now, when I first heard of Sarum, the predecessor to Salisbury, I pictured a hamlet of ancient cottages. What I didn’t expect was an Iron Age fortification, a mile long trench, dug out to create a hill in around 400 BC.

Known as Sorviodunum in Roman times, it was intermittently occupied until the early Middle Ages when it was a formidable defence against the Danish invasion in the 11th century.

It wasn’t until William the Conqueror decided to build a castle here, in 1070, that the site was transformed. Dividing the hill fort into two, he created an inner fortification, home to the castle and supporting buildings

and the outer, home to a grand cathedral.

Whilst Old Sarum survived on some level until the 1800s (still for example, electing members of Parliament) all that remains today is its flint core. The smooth outer walls of the castle were plundered,

whilst much of the stone from the Sarum cathedral was carted downhill to build the Salisbury Cathedral. Today, all that remains are ruins, footprints of an ancient past.

There’s nothing like a quarter of a millenia to make you feel a mere pixel in a dot, in a footnote in time. I wish we’d learnt this history in school. Why European history isn’t taught as part of the Australian curriculum escapes me – bloodier than any horror movie, more twists and turns than a soap opera. Royalty, drama, pain, perseverance and suffering. I would have been on the edge of my seat.