One of the lovely things about the Loire Valley is how close everything is – Amboise, our destination today, is just a short hop from Tours. Home of the Chateau Royal, Amboise is recognised as the birthplace of architectural Renaissance expression in France.

Amboise’s original Neolithic settlers were Celtic, known as the Turones. And whilst the Chateau Royal doesn’t date quite back that far, it’s surprising to learn that its foundations were laid in the 4th century. Main construction was undertaken in the late 15th century, 75% of which remains on site today.

We arrive just on lunch time and settle under the shade of the Chateau’s 40 metre Tour des Minimes, 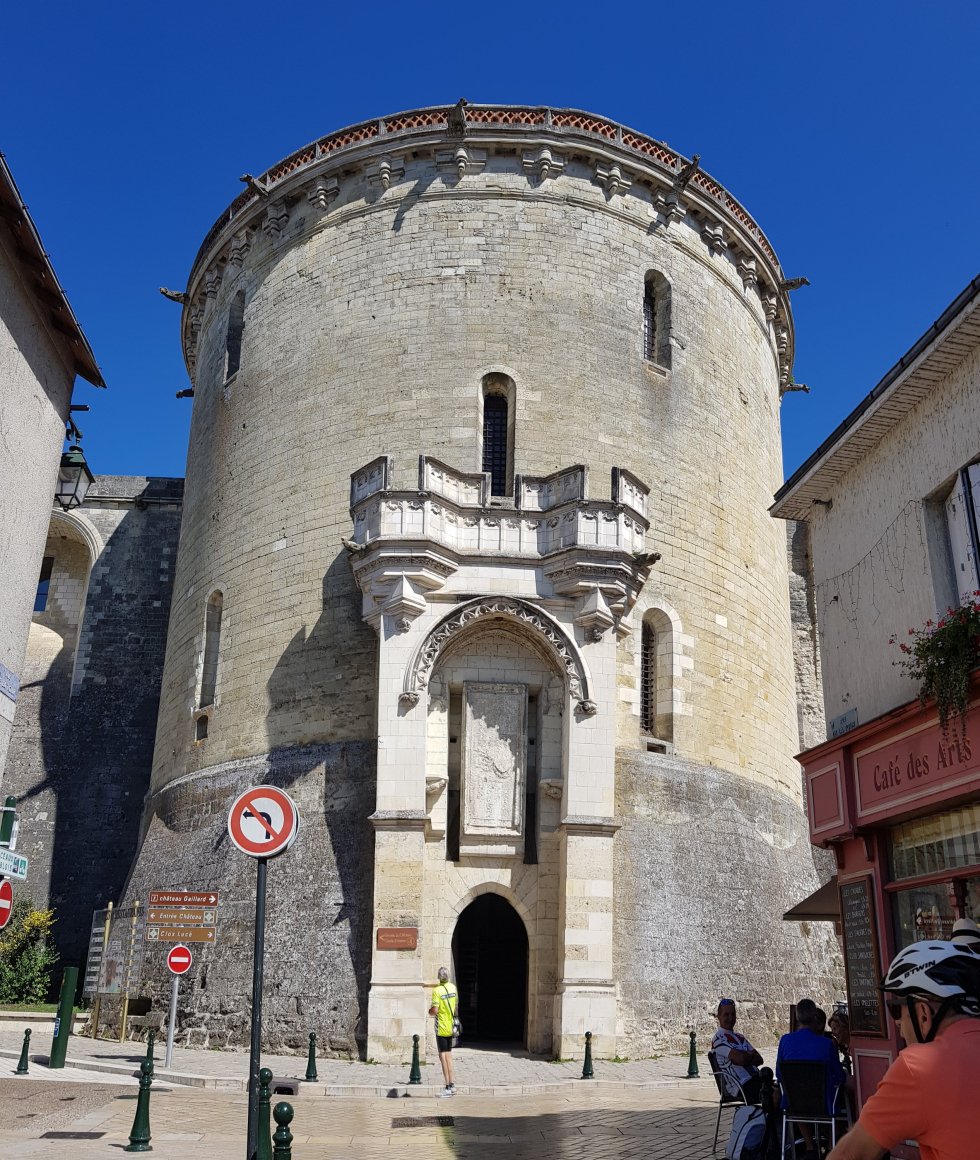 for a traditional lunch of buckwheat galette. Himself has an Italiene with prosciutto, parmesan and salad,

while mine doesn’t look as exciting, but with a three cheese mix and green side salad, it’s every bit as tasty.

Just as well it’s a relatively light lunch, the climb up to the ticket office is a steep one – I suspect done on horseback by knights of the day. This is the “nearly there, oh no, not even half way” shot. 😂

At the top, our climb is rewarded with 360 degree panoramic views, across the Loire, the Chateau’s gardens and the village: the view’s the thing, if you’re the King!

Our first stop is the Gothic St Hubert Chapel, dedicated to the patron saint of hunters. It’s also the resting place of Leonardo da Vinci, who died in Amboise on 2 May 1519. It’s surprising that he’s not buried in Italy – the Italians surely would be gnashing their teeth! Da Vinci spent the last three years of his life in Amboise, devoting this time to drawing and teaching. King Francois paid him an annual salary and gave him Manoir du Cloux, which was linked to the Chateau by a 700 metre tunnel, designed so the King could visit Leonardo daily. 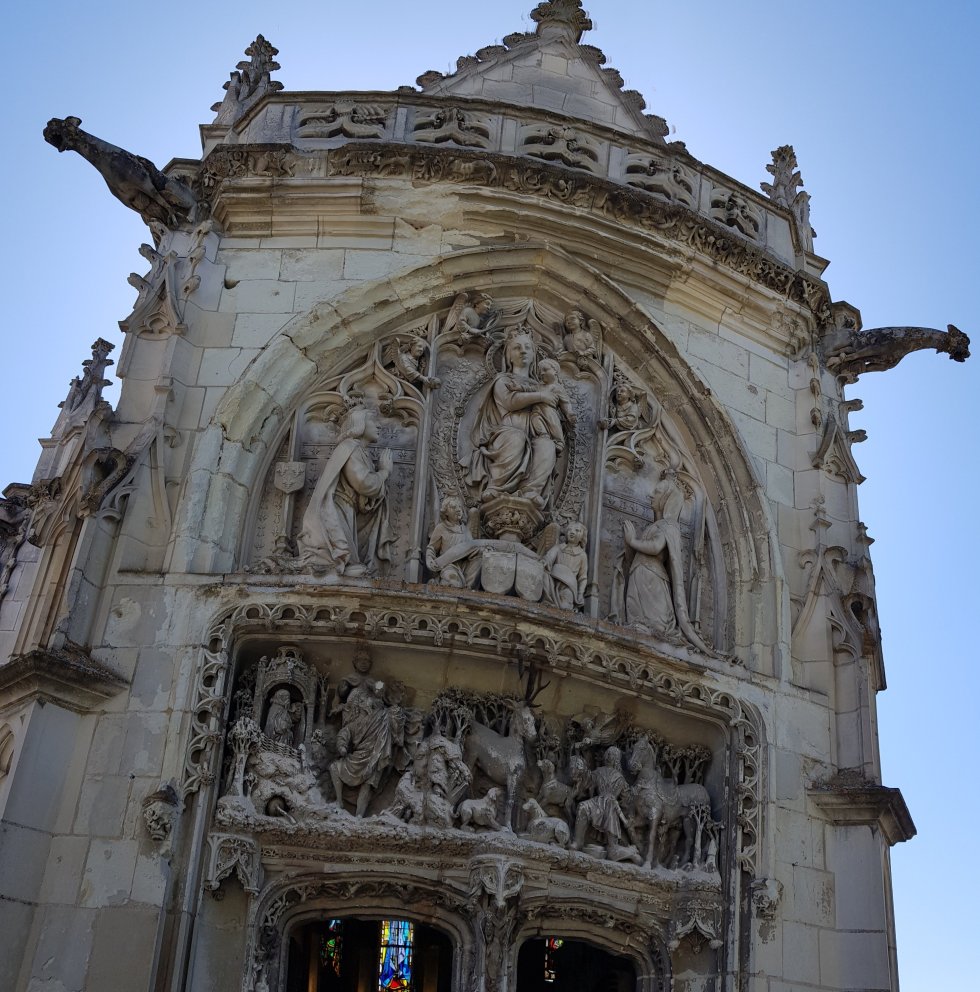 Next stop is the Chateau, where we tour the formal rooms with the aid of a tablet led commentary. Entering through a series of defensive rooms, the Drummer’s Room is the first of the formal rooms. Once the King’s dressing room, it went on to host dances and festivities, hence its current name.

the Cupbearer’s Room, where feasts took place: note the little rat in the column decoration. Animals are a common theme throughout the Chateau.

We see Henry II’s chambers featuring a depiction of King Francois comforting Leonardo on his deathbed (allegedly… some dramtic licence was apparently applied there).

This is the Orleans-Penthievre Study – note the squirrel chair!!

Tour completed, we’re free to enjoy the garden and views on high a little longer. We see the gardeners at work, their balled topiary work is exemplary, done by hand with just a large pair of shears. The freshly clipped balls can be seen in the last two photos.

The views of the Chateau Royal are rather fabulous from this side:

The exit is through the steep cavalier helix ramp, once used to bring horses and coaches to the top.

We take the opportunity to further our quest towards Honfleur with what’s left of the afternoon, travelling along the Loire. It’s brilliant blue, reflecting the colour of the sky.

Day’s end sees us by a peaceful lake near Cande-sur-Beuvron. Excellent eclair from the local patisserie are just the cherry on top.