I can’t resist another walk through Apremont-sur-Allier this morning, if only to capture it in the morning light.

It seems there’s more to discover: there’s the church,

no doubt once chapel to the chateau, not one, but two ancient laundries

and the Maison de Mariniers where the quarrymen worked on the local Berry stone, complete with the sling contraption used to move it, before being loaded onto barges, bound for its final destination.

I receive a restaurant recommendation from a nice French man, who speaks no English, but none the less manages to convey that the La Grenouille restaurant, a mere 10 minutes away, is very good. It’s a bit hard to resist a French restaurant called “The Frog”.

They specialise in the local Charolais beef, which is excellent, but we get a little carried away and over order with a three course formula extravaganza: salad de cherve to start,

entrecote with salad and frites

The food is very good, but there’s too much of it. We do our best and roll out eventually, to nearby Nevers where we play the Goldilocks game with parking, settling eventually by the river. It’s always tricky, parking the motorhome, in larger towns. 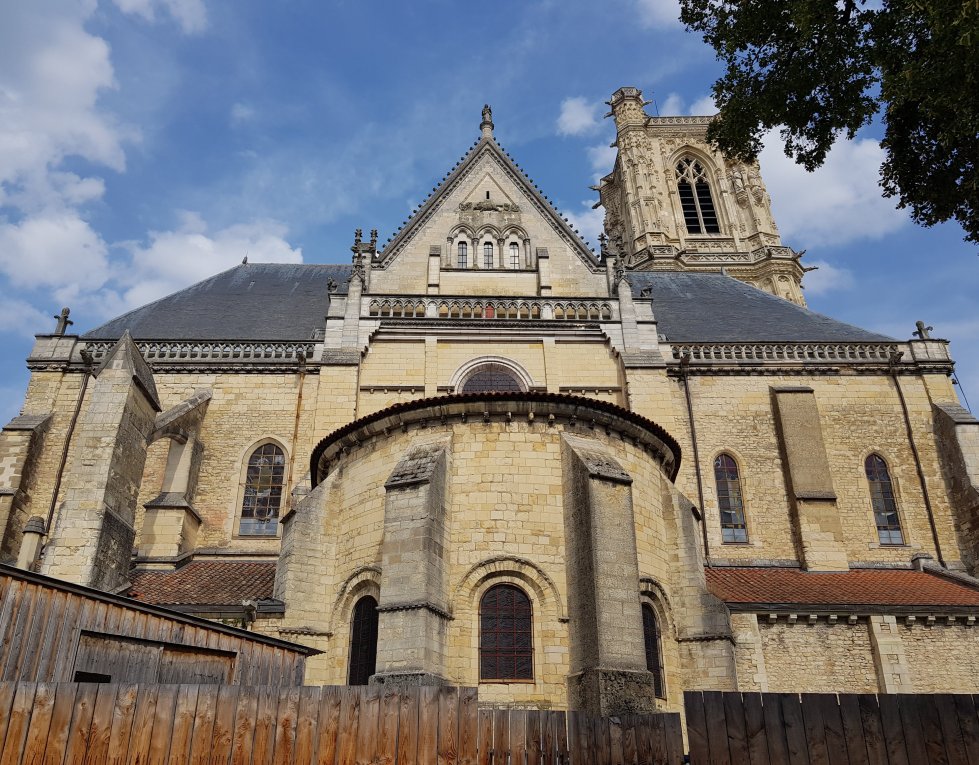 Construction of the cathedral commenced in the 10th century, not completed until the 15th. It’s named for Cyr, aged 3, and his mother Julitta, who were martyred in 304 AD in the last of the Roman persecutions. Brutal, isn’t it? A three year old.

During its 500 year build, a number of reconstructions were required. The church suffered through an extraordinary number of fires through the centuries.

It’s currently undergoing restoration but we’re still able to see inside and tour the crypt. 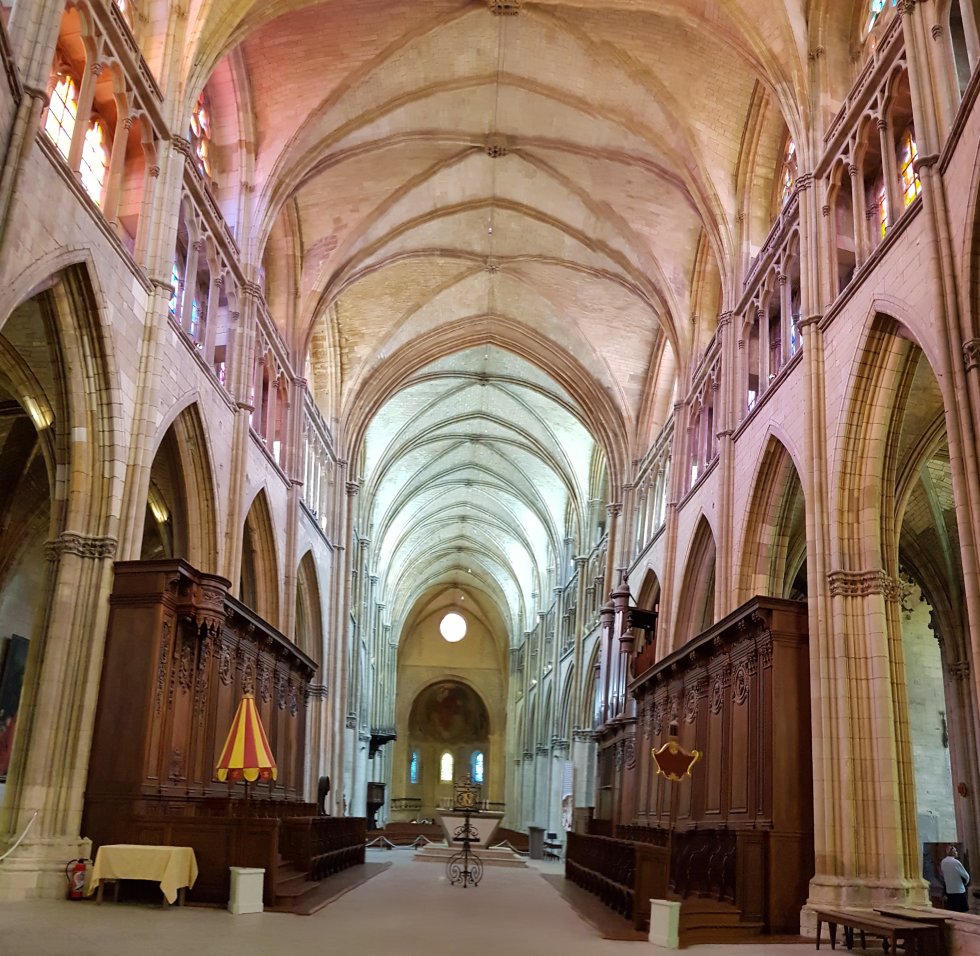 I particularly love the spiral staircase carving below – it would look quite at home in Hogwarts.

The restoration will be beautiful when completed – sections already cleaned and repaired gleam in the light.

I can’t resist a quick peek at the nearby Palais Ducal de Nevers. It’s most fancy with turrets enough to satisfy even me. I do love a good turret. The gardens of the Place de la Republique frame it beautifully.

Had it been cooler, we would have stayed to explore Nevers a little longer. Instead we take to the road again, en route west towards Montresor, seeking a suitable spot along the way to spend the night.

Summer has taken its toll on the Centre, the land is parched. Even the sunflowers look bested, their golden heads no longer lift in search of the sun.

We find the perfect place by day’s end: yet another canal delivering the required cool breeze. The canals have really been a blessing in this hot weather.

There are ducks of course, happily coinciding with a surplus of bread.

All that’s needed is book in hand and a sigh of relief. Cool at last.