Our morning departure from Rothenburg ob der Tauber sees a familiar flag on a nearby motorhome. A serious, 4WD, off road motorhome, bearing a large Australian flag proudly. Himself almost breaks a leg bolting over. And what a fascinating couple they turn out to be – he’s Australian, she’s a European girl. They’ve traveled cross country, over the top end of Australia, through China, through Russia (the paperwork that world entail!), then into Europe. Extraordinary! We swap tales for a while about trips we’ve taken, motorhome storage overseas and eventually, insurers. I ask who they use, having had so much trouble on our first foray into this world. They exchange a look: “no-one” they say. “We’re uninsured”. They’re travelling with an Australian registered vehicle, overseas, with no insurance.

I find this fascinating, insurance being the biggest bugbear of our travel expenses. When we started our motorhome adventures, it took forever to find an underwriter who was prepared to cover us and even then, the fee was exorbitant – more than three times what a UK resident would pay. Over the past 6 years it came down to a relatively acceptable level, yet despite no claims over this period, once Himself hit a significant birthday, the premium doubled. And, I might add, that cover comes with all sorts of restrictions: countries we’re not covered for and milage we’re allowed to drive in any given year. I’ve often toyed with the concept of dumping the insurer altogether, self insuring for any issues. The only thing that stops me, is the thought of coming back from a day out to find the motorhome gone. Or perhaps a fire in storage. It’s a big investment to gamble on losing altogether. It’s rather fascinating to meet someone who’s done just that, travelling a path no insurer would touch. Much food for thought!

Meanwhile on today’s travels, we spend most of the day on the road heading west towards France, through the south of the Baden-Wurttemberg region.

We’re aiming for its beautiful Schwartzwald, the Black Forest, home to the cuckoo clock, black forest ham and the magnificent kirshe liqueur soaked gateau of the same name. My favourite cake by far.

Cherries seem to be a theme of this trip. I’ve come to accept that one can eat one’s body weight in fresh cherries, drink cherry vodka, indulge in cherry icecream, cheesecake, chocolate covered liqueur cherries and sip cherry tea…and yet still feel that it’s not quite enough.

By day’s end we’ve traveled to the edge of the Schwartzwald, ending the day in Schonach im Schwartzwald, near Triberg. We stopped in Triberg in 2015, hiking to the waterfall with a very welcome red squirrel sighting along the way.

Tired after a long day’s drive, we stretch our legs with a walk into town. 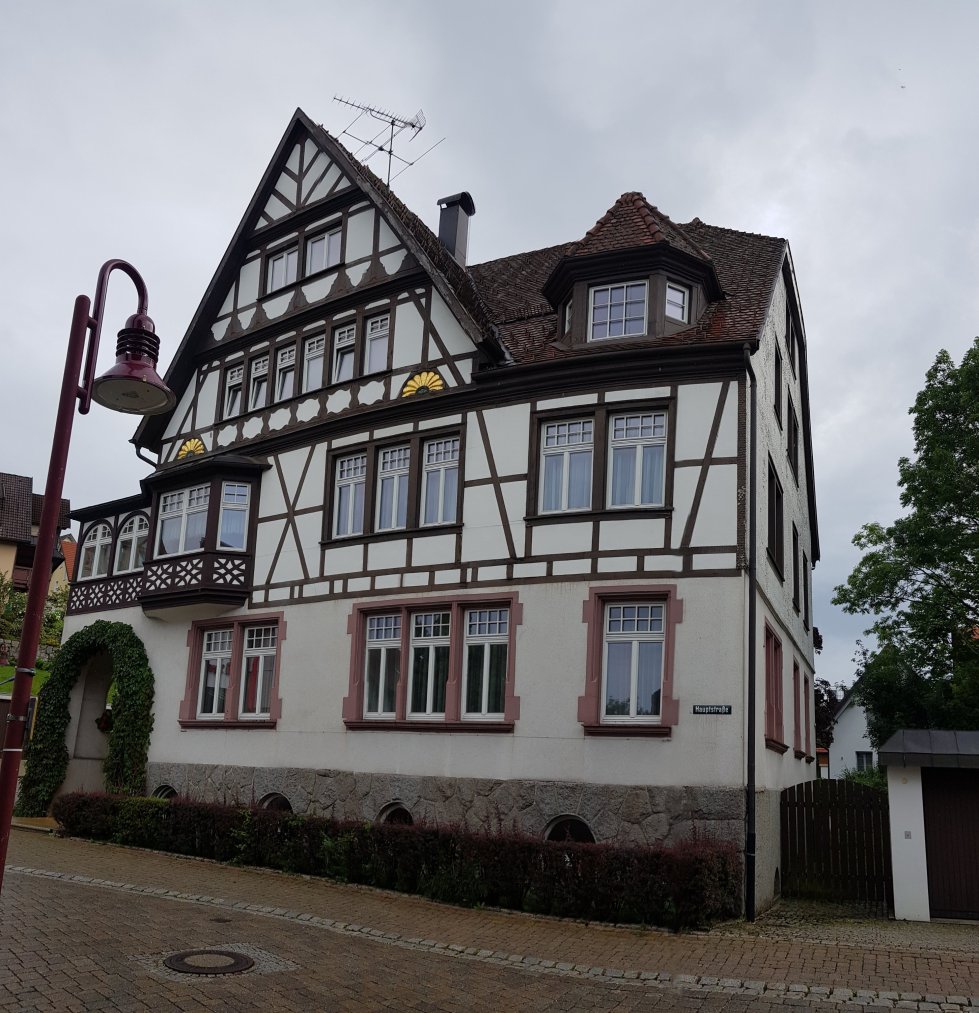 It’s about as far off the tourist path as you could go in this part of the world. A few locals are enjoying a quiet drink at the lake but the rest of the village is virtually deserted. Rain threatens overnight, the first fat droplets arrive on our way home, settling in for the long haul.

Our caramel neighbours will not be pleased.