It was always going to be a busy day, our first outing into Warsaw. Consequently we’re up and at it, bright and early. Relatively speaking.

Our taxi drops us off in the heart of Warsaw, Plac Zamkowy, bordered by ancient city walls,

and the Zygmunt column, overlooking the city since 1644, Warsaw’s oldest secular statue.

Oh! So much to see! It’s going to be a tough day for Himself…

It takes a while to orient ourselves, particularly as to the location of the “new” city, wrapped as it is around the “old”, but it starts to take form, and we’re off!

Our first stop is the vibrant Rynek Starego Miasta, the Old Market Square. Bustling with restaurants it’s surrounded by town houses, rebuilt after the destruction of WWII.

The square, the castle and indeed the whole of the old town has been listed as a UNESCO site. Sitting proudly in the centre is the symbol of Warsaw – a mermaid brandishing a shield and a sword.

We explore the 14th – 16th century Barbican and city walls, once the city’s northern defence.

Further afield, we find ourselves on the Royal Route, Trakt Krolewski, so named for the former royal residences that line it.

It’s also home to Warsaw’s University (once a palace) 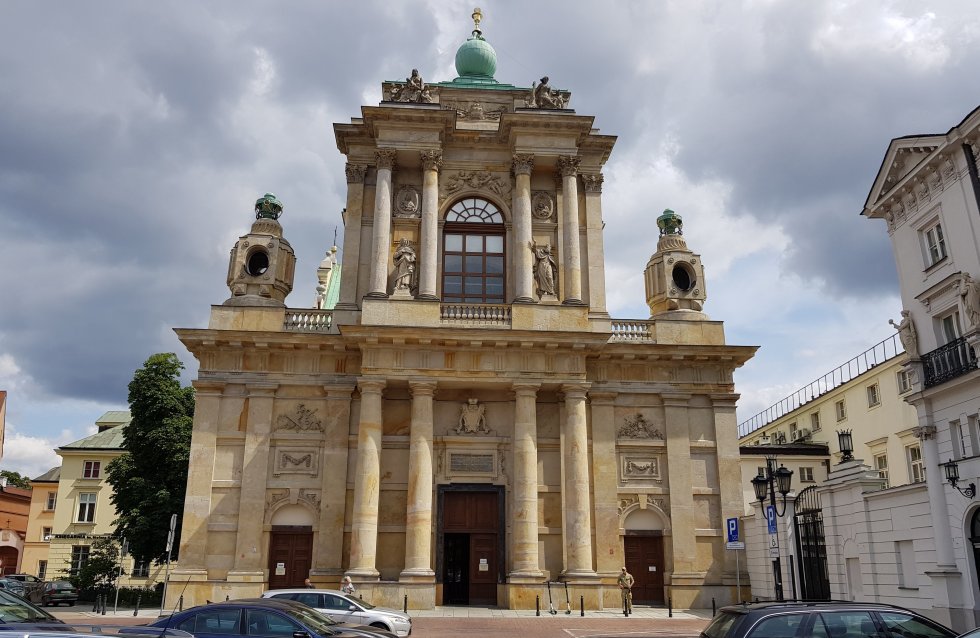 the Church of the Holy Cross (below) which houses the hearts of Polish composer Fryderyk Chopin and the Nobel Peace Literature prize winner, Wladyslaw Reymont. 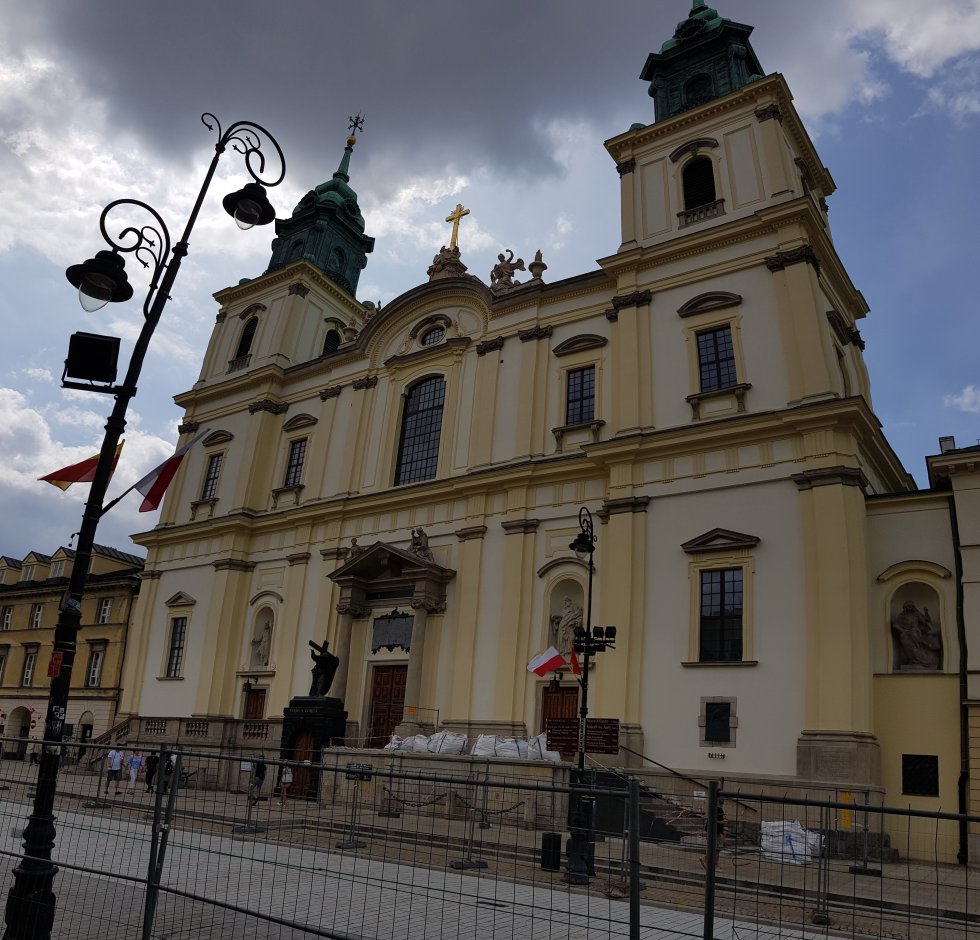 and the Church of the Visitation, completed in 1763.

The Royal Route is also home to the President’s residence, the Staszic Palace with its monument to Nicolaus Copernicus out front

and of course, endless eateries. Decorated with flower boxes and sculptures, the Royal Route is very pretty street.

Somewhere in all that, we stop for a bite – Vietnamese. Delicious, but I’m so keen to get back out exploring that I forget to photograph it.

Chopin is celebrated throughout the city with granite benches that play his music at the press of a button. It’s quite the delightful musical accompaniment as we explore.

We pass the Hotel Bristol, Warsaw’s most luxurious,

and stray into the City Centre to see the Palace of Culture and Science, Warsaw’s tallest building – there’s a viewing deck on the 30th level.

We walk through the Saski Garden, established in 1713,

where we see the changing of the guard at the Tomb of the Unknown Soldier,

and the National Opera

By this stage, it’s late afternoon and we’ve truly earned a relaxing drink, having walked for hours. Hours!

We head back to the Old Town, to the Square, to rest our feet. I discover cherry vodka – oh my goodness…yum!!! I could swim in a vat of it and drown rather blissfully.

Everywhere we’ve been today, we’ve encountered flowers laid in memory of the 75th anniversary of the uprising.

And just before I end this post, on this wonderful city, I invite you dear reader, to consider this. Warsaw was razed in the Polish uprising. Literally flattened on Hitler’s orders with barely a wall left standing. Despite this, despite the horrific loss of life, over 150,000 civilians in that week alone, the survivors got up, dusted themselves off, and rebuilt it. Brick by brick, true to itself, true to its history. Often with volunteer labour. As I mentioned yesterday, it’s the biggest rebuilt in history. That’s how much they loved their city. You can feel it still, that love. It pulses through the heart of Warsaw.