Having enjoyed yesterday’s chateau visit, we make our way to Valencay, ostensibly to visit another, but when we arrive we find Le Chateau de Valencay closed for the season. Luckily there’s a tourist information office that provides a map detailing a self guided walk through the village. Thus armed, with Himself as navigator, off we set.

We start with a bust of Prince Talleyrand who administered this area from 1826 – 1831 and played a significant role in restoration works.

He must have been a talented man: at different points in his career he was a bishop, the Minister for Foreign Affairs, the first Prime Minister of France and held numerous political and diplomatic appointments. A busy boy.

It’s then on to the Hotel d’Ville where Tallyrand served as Mayor,

past the covered markets built in 1875,

and on to the Eglise Saint Martin, dating back to 1536. 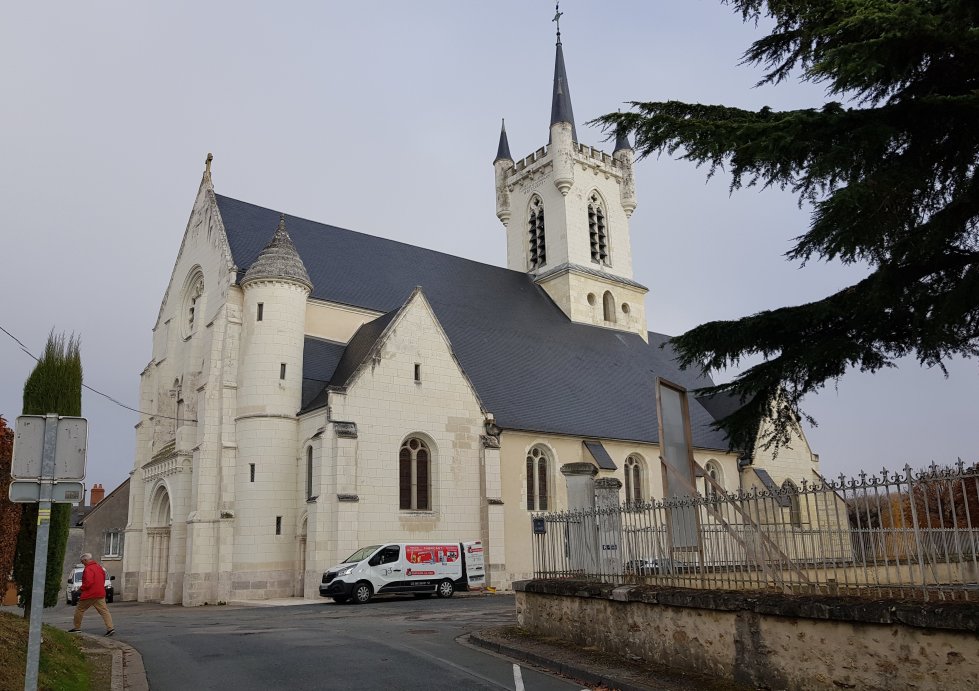 From there it’s on to the river,

complete with a relatively fancy laverie – this one had a fireplace.

Just the thing for boiling out those pesky stains. Himself ponders that “they would never have got anything white”, forgetting for a moment perhaps, that local peasants would have little cause to wear white and if you were in a position to wear nice things, you probably didn’t have your laundry washed in the river. It’s clear that years of watching historical dramas has taught him nothing….

and finally along the walls of the Chateau. With three hectares under vine, the Chateau produces pinot noir, gamay (a Swiss/German grape hybrid), chardonnay and sauvignon varieties.

I do my best to take photos over and through the fence, but feel a little like an unpopular relative, finding oneself locked out on a unexpected visitation.

It’s a shame it’s closed. With over a hundred rooms and history pre dating the present building when a castle stood here in the 1200s, I would have liked to have seen inside. I know that Talleyrand bought the Chateau in 1803 at Napoleon’s urging and that it was used as prison for Spanish captives during Napoleon’s Spanish invasion. It’s famous for its asymmetrical design, probably more a result of centuries of piecemeal change than coherent intent.

The road takes us back to whence we started. There’s the pattissier to visit before we end our tour and hit the road – lots of lovely things to chose from. We pick up a bottle of the Chateau wine too.

Late in the afternoon a fog rolls in, rendering the air a thick velvet, damp to the touch.

It makes for ethereal scenery as we drive a little further before stopping for the night. Autumn leaves seem to have fallen en masse creating carpets of colour. We see the first truly bare trees. Winter is coming, there’s no denying it.