Thanks to the vagaries of satellite navigation we find ourselves in two Les Plus Beaux Villages today. Driving to Angles sur l’Anglin in search of a boulangerie, we stumble across the very pretty Saint Benoit du Sault, overlooking the Portefeuille river.

Tucked away behind a fortified gateway 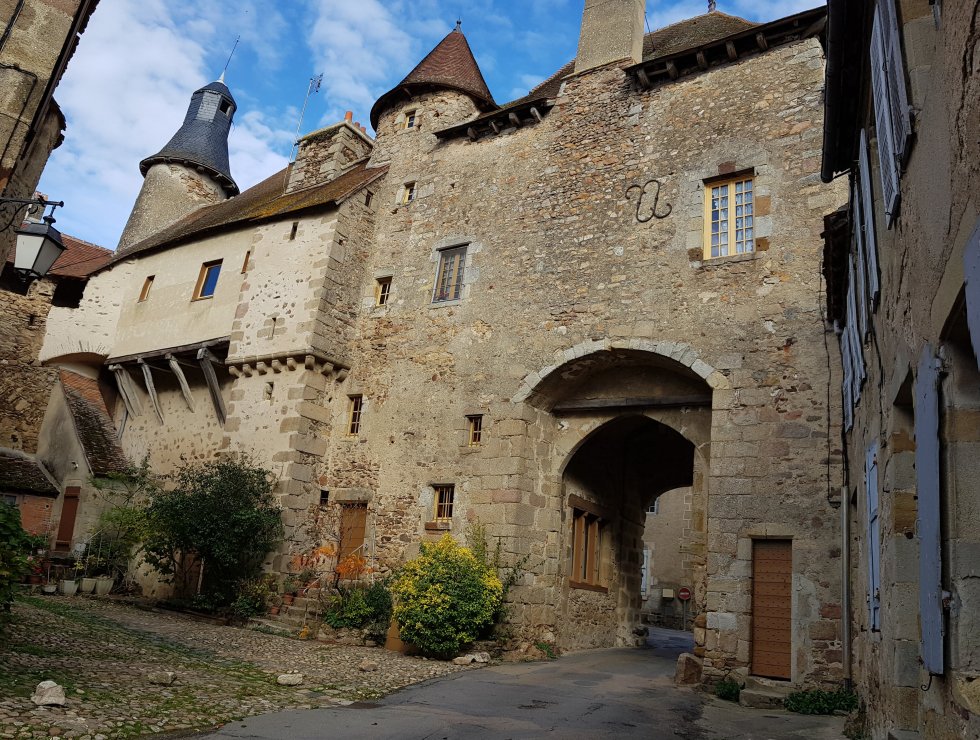 and double ramparts are a series of 15th and 16th century houses and an 11th century church, from the earliest Romanesque period.

The appearance of a half timbered house confirms our arrival in the north west of France.

The boulangerie turns out to be pretty special too, there’s a queue out the door when we arrive. Well deserved too, great bread and eclairs as light as a feather.

Only a short drive away is the much larger village of Angles sur l’Anglin.

The village was inhabited by a Germanic tribe, the Angles, who went on to invade Britain in the 5th century. It’s this tribal name that forms the base of the word England.

The village boasts tribal rock carvings dating back 15,000 years. Unfortunately they’re not currently open to the public and I have to satisfy myself with a photograph.

and the 12th century Chappelle Saint Croix. The views across the village and down to the river are rather fabulous.

We wander through the village, getting lost in its meandering layout, racing against the rain that threatens.

I’m afraid I don’t do the village justice – I spend the afternoon rather distracted. My phone had a conniption earlier, randomly blowing away all its settings and apps into something quite unrecognisable, refusing all entreaties to be restored. It seems to be a software update gone awry. It’s very frustrating, especially combined with a coincidental lack of internet. I’d cheerfully take a hammer to it just at the moment. It’s extraordinary how dependant I am on this wretched thing.