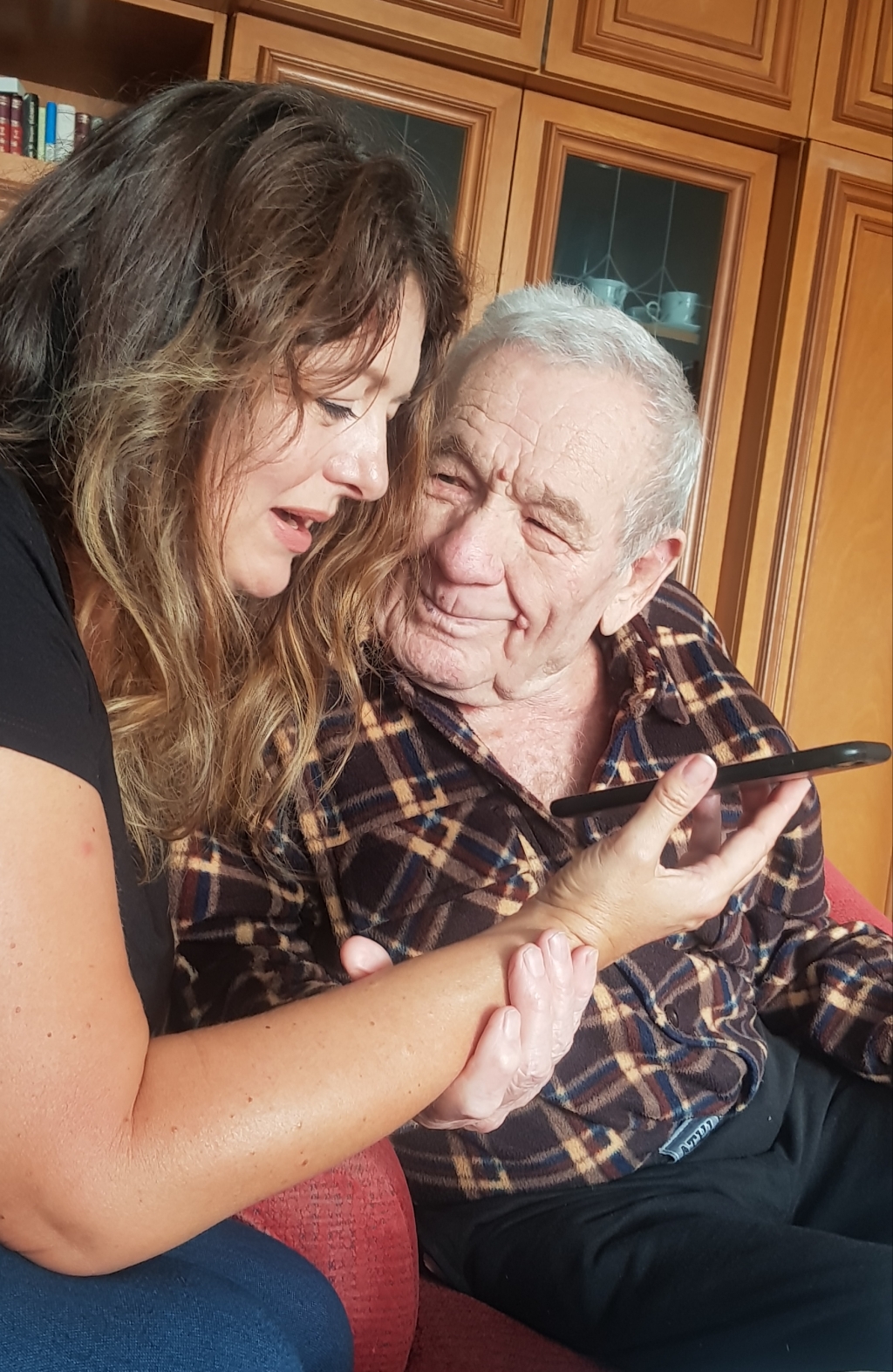 The morning is full of nervous energy, getting ourselves organised to visit my uncle Stipe. Apart from language, the biggest challenge will be finding parking for the motorhome in a busy, built up city. Our first attempt is at a supermarket which usually tends to work pretty well. Unfortunately the one that’s close to him has had its car park acquired for a development project, leaving the tiniest patch for parking. We try a location further away, but it’s too far. But then by some miracle, we find three empty bays in a row, within metres of his apartment. Score! Problem one, solved.

In our quest, we see that Rijeka is extraordinarily busy. There’s a historic centre that runs along two avenues but there’s simply no way we can get near it. The harbour is crammed full of vehicles, as is every other street we pass.

I can live with that though, the main thing I need is a place to shop. Chris waits as I bolt in for nice brandy, chocolates and biscuits to take with us.

The next challenge is finding his apartment block. Stipe lives high on the hill, where there are a series of towers, but we don’t have an apartment number. A nice lady helps us, interpretating the address we have (correct tower identified, check) and explaining that we’ll find his name (and therefore apartment number) on a list by the entrance. And, just like that, there it is. Here we go. Knock knock.

I can hear his voice beyond the door, so like my father’s. His welcome is immediate and so heartfelt it brings tears to both our eyes. Oh. It’s so wonderful to see him, he’s looking really well. His health wasn’t very good for a while, but he’s clearly through it now. We meet Maria, his wife, who welcomes us and settle us with coffee and rakija.

It’s quite overwhelming, being here. Stipe looks so much like my Buc, sounds so much like him. He’s a gentle man, like my father. There are many tears, on both sides. He pinches my cheeks often and calls me by a childhood nickname “Sandiska”. I can’t stop beaming.

Nerves have made me a bit clumsy, but I eventually manage to get Google Translate working. He picks it up immediately and we fumble around trying to make each other understand.

We get there somehow. Translate works relatively well, it’s main flaw being that the microphone keeps turning off and we have to repeat ourselves.

I have a brainwave and ring my mother, fluent in both languages, and put her on speakerphone. As we chat Maria lays out lovely lunch – with Bosnian hospitality, there’s no danger of ever being remotely hungry. There’s enough food for a party of ten.

A little more relaxed after chatting to Mum, we manage a good catch up over Translate: we tell him of our travels, he tells us about gorgeous places in Croatia we’re yet to see. He celebrates my retirement and fills me in on his health. He tells us that Rijeka isn’t really set up for tourism, hence the challenges of parking and campsites which are prevalent elsewhere on the coast. We reminisce about his parents’ farm and my childhood memories of it. He tells me about a seaside visit, incredibly, near here, when I was little. I show him the pictures from our visit to his parents’ village earlier this month and the photos of Banja Luka. I fill him in on news from home and we show him pictures of the family. We reminisce about his visit to Australia, so long ago now – I manage to tell him how much it meant to Buc that he came. I’m so glad that I had the chance to tell him that. There are many more tears, but they’re happy ones. He shows me around the apartment which is lovely and has a beautiful view of the sea.

Without a place to stay nearby, unfortunately the afternoon is all we have, and it draws to an end all too soon.

I’m so very glad we came. There were so many things that could have gone wrong: from stress of wondering whether we would find his apartment, or find him at home without advance warning, and if we would manage to speak to each other at all. Worse of all, the fear we might not pull it all together and let him down. In the end, it all worked out so well, I wouldn’t have missed visiting him for anything. He’s such a lovely man and he holds such a strong connection to my memories of my father. I’m so very very glad I had the chance to see him again.

We eventually have to say our goodbyes to them both.

Stipe walks us down, pressing gifts upon us. Wine, slivovitz and I find out only later, a beautiful set of earrings and a necklace. I’ll wear them with such pride and think of him with love. It’s a teary goodbye. He tells me that since he heard we were coming he’d almost given up hope that he’d ever see me again. He sends love to everyone at home. I wish he lived nearby.

We drive further down the coast, but the first spot available to stop is closed. The season is over. In the end we drive further, another two hours, through tricky winding roads before we can stop by the sea, much later then usual.

We’re both tired. It’s been an enormous, very emotional day. I think Buc would be proud and happy. I tell him about it, in my own way, as I fall asleep, his voice in my mind.