It’s official. Lake Bled is on my list of favourite places. I challenge anyone to take a bad photo here, it’s that picturesque.

Today, we get to experience the day we wanted yesterday. First a morning walk around the lake. At our starting point, stillness reins in the crisp morning air – a brisk 9 degrees. Perfect for walking. I come within a whisker of good reflective shots of the church and castle.

We walk clockwise, to the less built up end, past Bled Villa, now a hotel, but once home to President Tito.

The lake keeps up steady stream of mesmerising colour changes through all the spectrum of blues and greens.

Just in front of Bled Villa is the famous shot of Bled Island, the one that graces our guidebook, European maps and my tablet. There’s about a 30 degree swing of possibilities of “perfect” shot, but my favourite is the one at the far edge of that angle, where the mountains swing into the background. *Sigh* Just gorgeous. 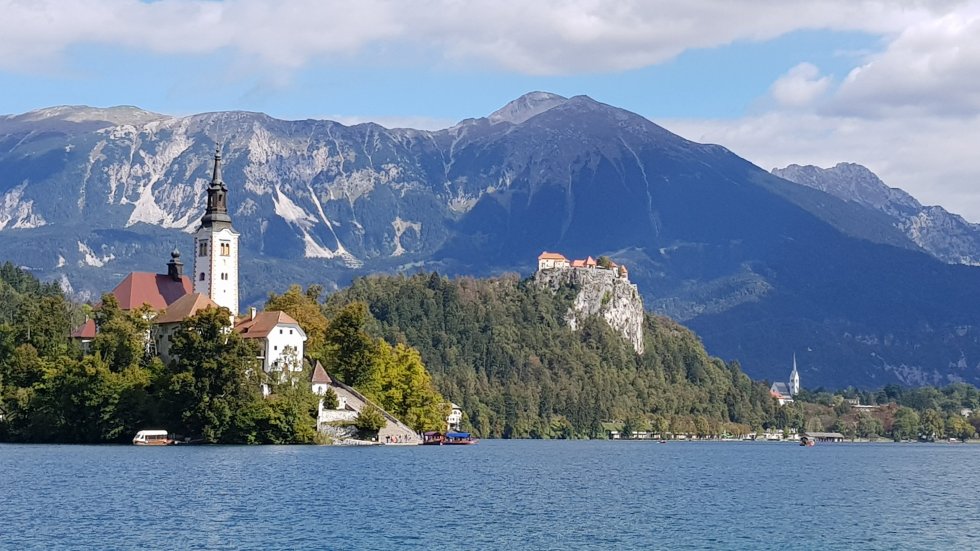 At this end, it’s a bit wilder, more forest, less touristy. I’m dying to spot a squirrel (my standard resting state), but despite a plethora of chestnuts on the ground and the occasional observed bite mark from sharp little teeth, there are none. I know they’re here, probably laughing at us from behind a branch.

Lake lapped, hundreds of photos taken and many fish spotted, it’s time for lunch. Pizza lakeside offers the chance to make more sparrow friends. Enterprising little birdies they are. We’re on the carriage route too.

There’s no call from the auto shop on the fate of the motorhome, so it’s off to Bled Castle post lunch. The climb up is a killer, but totally worth it. The views from the top are spectacular.

Bled Castle has a 1,000 year history, making it one of the oldest castles in Slovenia.

It’s first mention in history dates back to 22 May 1011, when Henry II, then King of Germany granted the land to Bishop Adelberon of Brixen. The structure we see today is reminiscent of a few incarnations of extensions, earthquake damage and subsequent repair.

The castle presents on many levels: at the very top is a 16th century chapel,

whilst the two courtyards on subsequent levels offer beautiful views across the water, the Karavanke mountains and the Julian Alps.

There’s also a multilevel musuem which tells the story of Bled from the Bronze Age to the present.

I’m in my element having a delightful time when the call comes – “the motorhome is ready, be back in an hour”. Chris insists that we hightail it out of there, thereby missing the castle beehive, forge, print shop and wine cellars. Not to mention a planned stop in the cafe, perfectly set over looking the water. Grrrrr. I really do have to be dragged away as Chris executes a double time march back down the hill and into town. Where of course we then wait…for over an hour.

There’s entertainment – the Dutch couple whose clutch went are good for a chat, then there’s the spectacle of their motorhome getting up on the tow truck as ours is being delivered. But finally we’re settled and the drama has passed. The bill is fair for the work done. And given that we received a full refund on the deposit for the fridge we didn’t need, is less painful then it could have been.

Meanwhile, left to his own devices for a day, Squiz has been busy gathering winter supplies. It is autumn, after all. 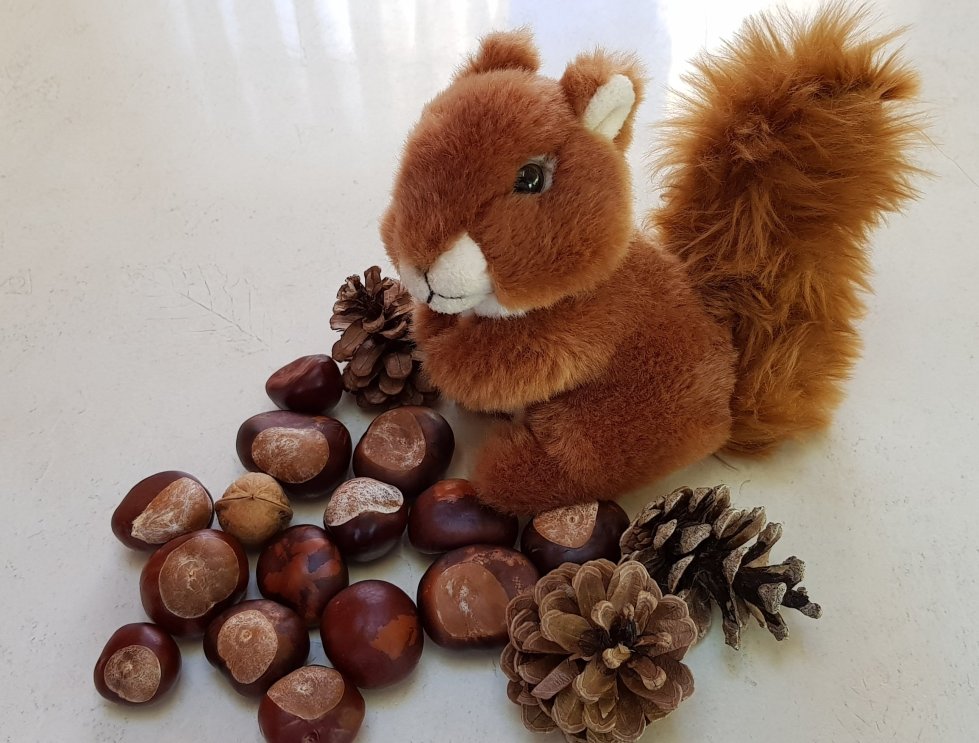