The trouble with Europe, and I say “trouble” very much tongue in cheek, is that there are too many choices: stay in Metz, or hit the road to a Les Plus Beaux Village? In the end itchy feet win and it’s on the road we go.

We’re aiming for Rodemack, known as the “little Carcassonne of Lorraine” for its mediaeval heritage.

Set betwixt France, Luxembourg and Germany, its strategic location has seen Rodemack attacked, occupied and retaken many times over since 907 when the village was established.

That would go a long way in explaining the rather enormous 13th and 15th century defensive walls that surround the relatively small village.

Parts of the wall are the remnants of a fortress built in the 12th century, but the oldest structure now appears to be the 10th century church.

Each of the periods following are well represented with a beautiful mediaeval garden on the outskirts of the village,

several surviving mediaeval structures including the rather magnificent 14th century Sierck gate (shown above) and the post office.

There are many lovely later buildings too, the only fly in the ointment is that everything is closed.

We would have happily lunched in town and lingered, as dqßbut literally every restaurant, cafe and shop is closed. It’s either Mondayitis, or a case of post busy season blues. It means a late baguette lunch, but with regional treats in the fridge and a just baked baguette to hand, it’s not as if we’re suffering.

Can I pause a moment here, before I slather it on, to pay homage to the perfection that is French butter? Unsalted, salted, or salted so heavily it crunches, it’s food of the gods. If anything happens to me, please lather me in French butter and shave some truffles over me so I can die a happy woman. 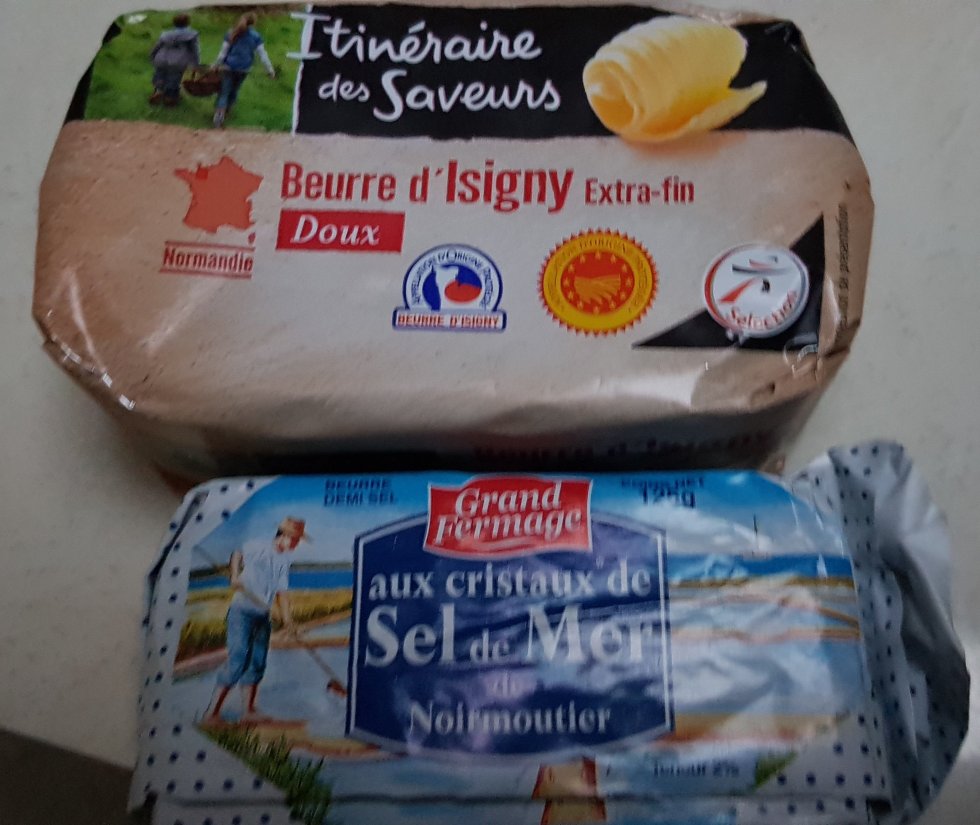 Perhaps leave a crossaint or three nearby. Just in case I get hungry negotiating the terms my afterlife. But I digress…

With the village shut down, there’s not much to do other than hit the road again, ostensibly, to the next Les Plus Beaux Village, Hunspach. TomTom takes us through that medieval gate…eek! But we fit, much to my surprise.

It’s after this that we fall foul of leaving decisons to TomTom, which promptly sends us the most efficient way, being out of France into Luxembourg then into Germany on their fabulously good and speedy autobahns. All good, but we didn’t come to Europe to drive the freeway system. By the time we wake up to the fact that the autobahn is taking us miles out of our way and intends to do so for 100+ km, that we steer ourselves back on course, back into the French forests and their promise of deer.

Germany is on this year’s itinerary, but not until we’ve finished with this corner of France. I have to hand it to the Germans though – their roads are flawless, with thoughtfully serviced rest stops and tunnels galore. Why bother going over when you can tunnel through. Indeed. German engineering is another gift to the world.

We reroute ourselves to Bitche, an unexpected stop, which proves rather lovely.

It’s another place with an impressive citadel, set high atop the village. Preparedness for battle seems to be a base requirement in this part of the world.

There’ll be time to explore tomorrow, but for now the Intermarche is calling – we need to stock up on all those things I needed at the market yesterday. There’s just enough time at day’s end to settle under the impressive structure above us, crack open a bottle of champagne, then a red (oops…) and consider what might be on the menu for dinner.

Best sighting of the day was a magnificent eagle who took off at eye level. Oh! That and my childish amusement at being in three countries within the space of 10 minutes. Much amusement. It’s the small things…

In other news, autumn must be surely upon us soon. I caught Squiz harvesting his first acorn today.