We awake to rural scenes, having stayed overnight in the heart of story book pretty farmland.  It’s rained most of the night and there are solemn predictions about it settling in for the week.  *Sigh*. Still, there’s no gorgeous greenery without the rain and sheep aren’t washed to a snowy white, so there are compensations. 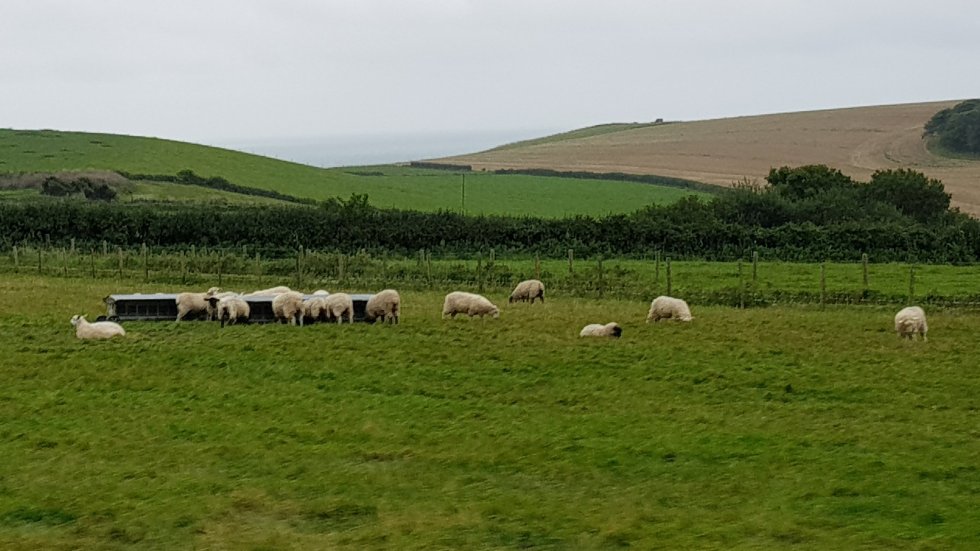 We’re making our push west, travelling back to Truro over the next few days.  It’s here we’ll finish our travels, winter the motorhome and have the wheel rim replaced.

A proliferation of farm creatures bid us adieu: hundreds of pheasants (all those brown dots in the grass, too) looking a little drowned in the rain  As if to preserve his fabulousness, a male pheasant is steering well clear of the plainer girls. He struts about, as befits the master of his domain. 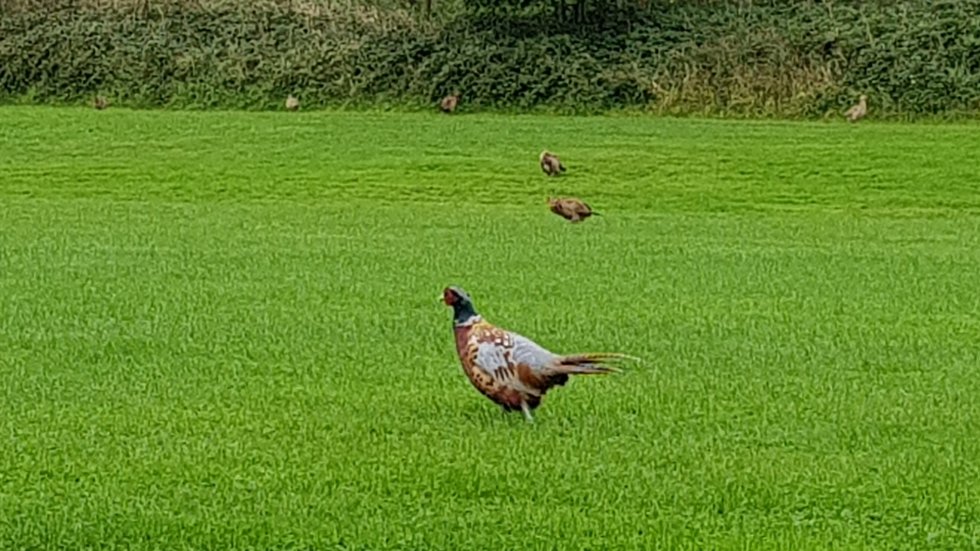 Cows and black faced sheep line the road, much closer than usual, assesing us with a careful eye as we lumber by.

I love the countryside after rainfall, when colours are brightest.

Enroute, we break the day in Bridport, Dorset, to walk to the top of the Golden Cap coastal walk, England’s only natural World Heritage site. 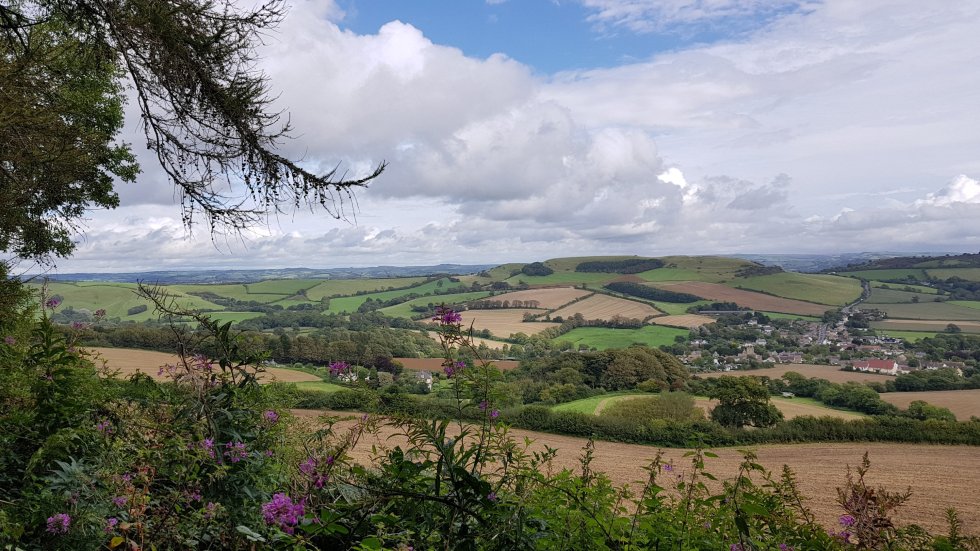 In a stroke of good luck, the rain has cleared, leaving a crisp, clear afternoon.

The Golden Cap walk meanders through forest, over farmland, then virtually straight uphill to cliff edge, spectacular views either side to Bridport and Chesil Beach.

Well worth the climb.

There are five 4,000 year old Bronze Age burial mounds on top of the cliff.  Excavation (for preservation) work was undertaken on these in 2011 as all of the mounds are expected to be lost to cliff collapse within the next 50 years.  Interestingly, when they were originally built, these mounds would have been 2 miles inland.

At this vantage point and perfect visibility, we can see two weather fronts about to collide – there’s a hell of a storm coming.  We don’t need to be told twice and hightail it out, getting only a third of the way before the rain starts, the first front has arrived. 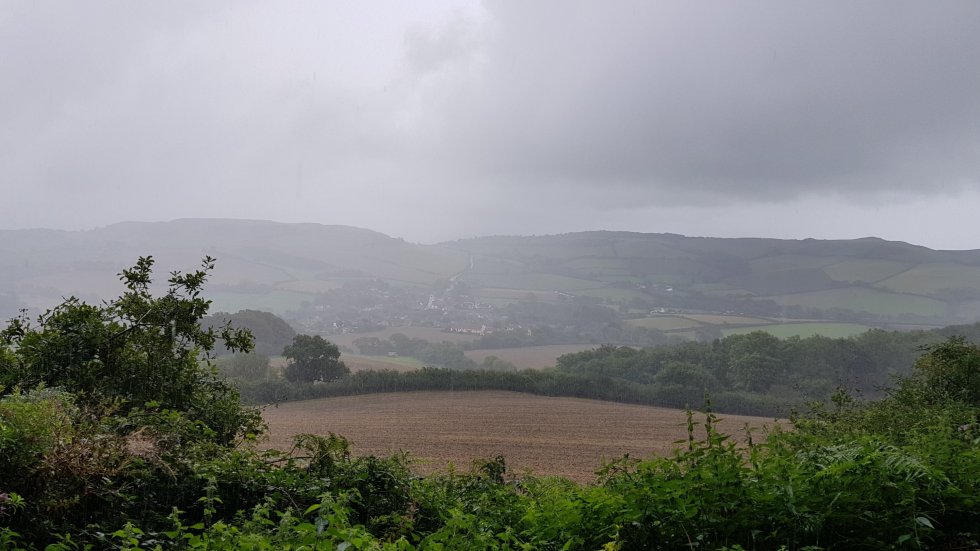 Halfway, the second front hits, and it pours, creating rivers across the paths.  By the time we make it back, we’re drenched. Not just wet, but wring your bra out wet.  It doesn’t bother me, I like walking in the rain.  Chris less so, he looks a lot less weathered than I do though!  He had the umbrella.  Mind you, this photo was taken in light rain, before the second front hit. Probably not my best look, the hat and hoodie combo!

We had planned another stop to explore further but the rain has scuppered that plan.  We drive on instead and end the day just outside of Exeter, where we spent a happy day at the start of our trip.  Despite these three months flying by, that day seems ages ago now.  I can’t believe we’ll be home in less than a fortnight.