There is a bonus to meandering without direction, even though it has been known to strike terror in the heart of a plan loving Virgo such as moi. Every so often, you come across an unexpected delight that might not have caught your eye otherwise.

Winchester, tucked away in Hampshire on the edge of  South Downs National Park is such a place. 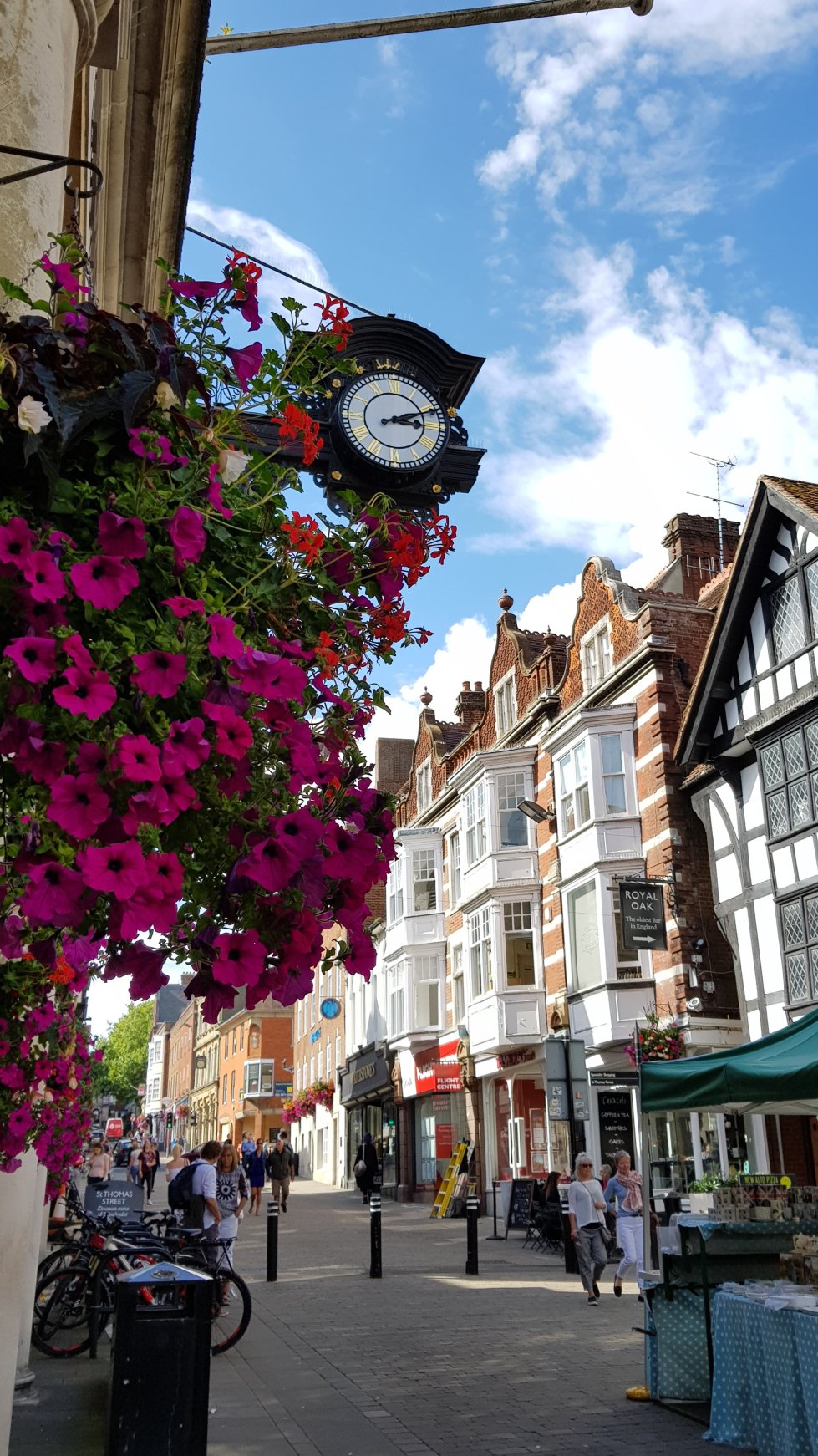 Now I’ll confess here that I’m a die-hard Supernatural fan, and that alone would probably have been enough for Winchester to draw my attention, but I didn’t expect it to be quite as lovely as it is.  And nary a mention of the fight betwixt good and evil.

The National Trust’s Winchester City Mill is the initial draw card, the oldest working water mill in England with a history dating back well over a thousand years. 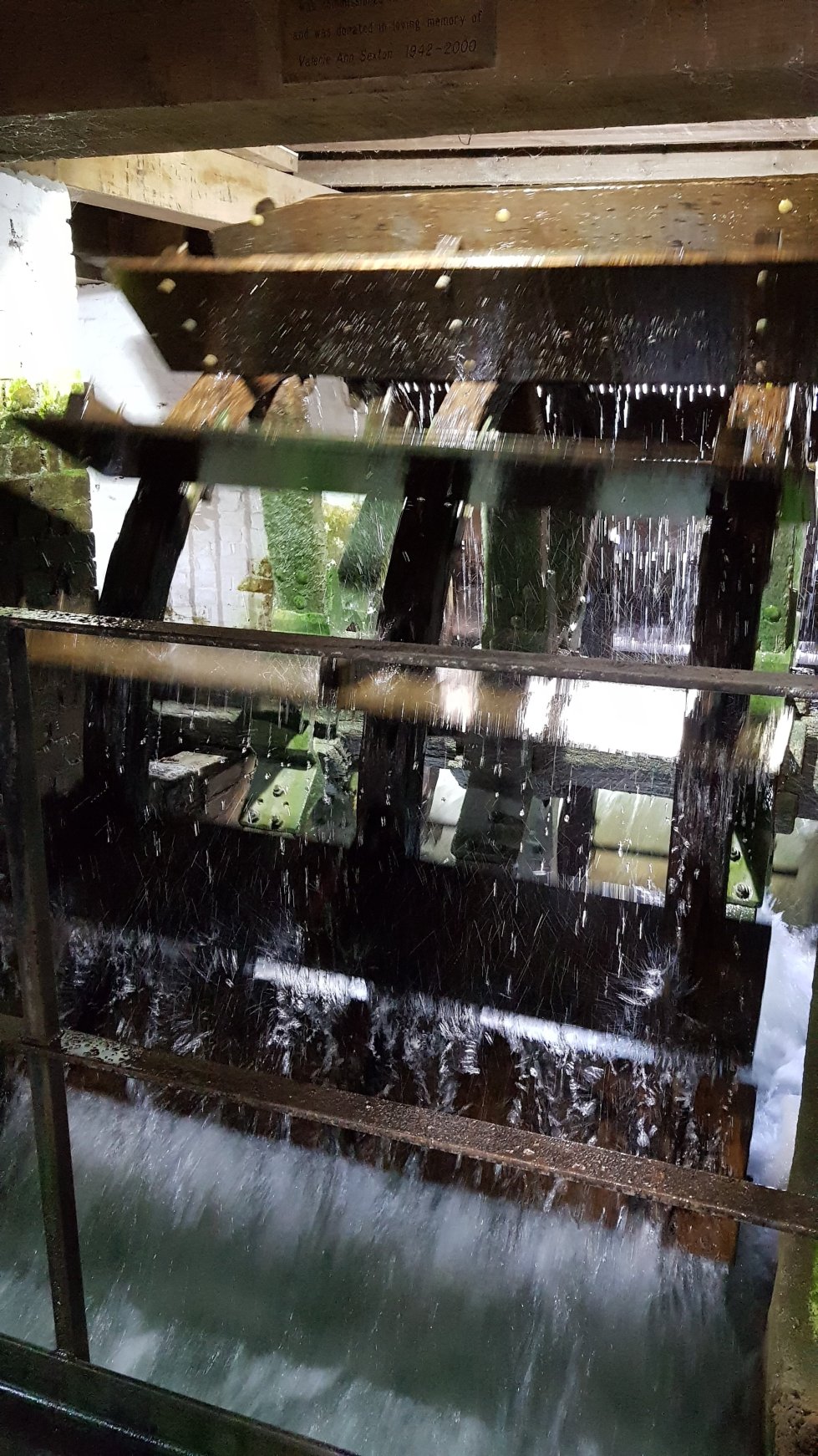 Set in the heart of Winchester on the river Itchen, the mill has traveled through many incarnations including being used as a tannery, youth hostel and an army laundry at different points in its history.

There’s a great display detailing how the mill works and a film about the replacement of the millstones, which came from Holland, and the mill’s history to date. 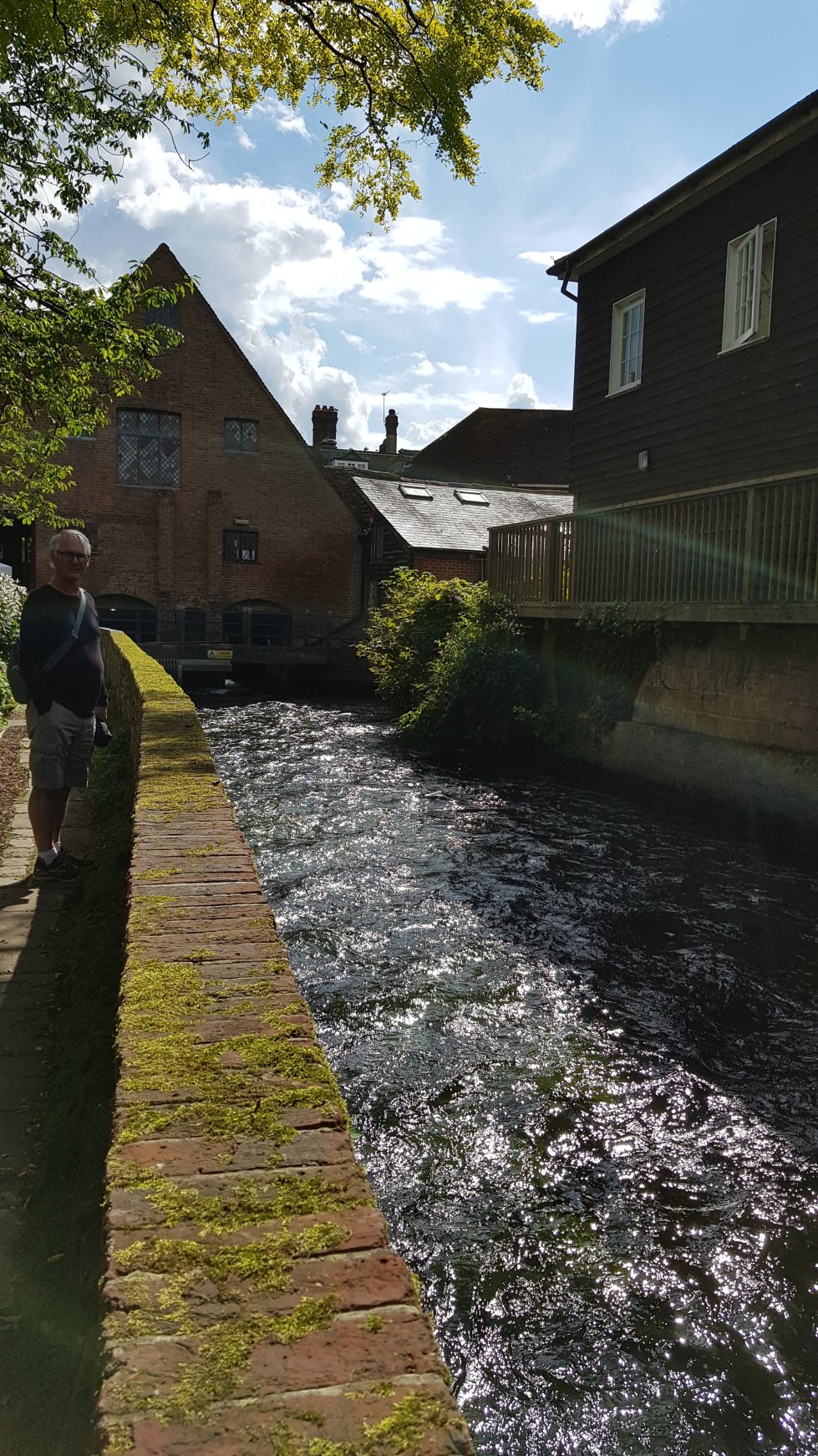 There are also kiddie sized tools for children to mill their own flour which they do with some enthusiasm.

Winchester City Mill produces 15 tonnes of flour annually,  made available for sale in its shop, for use in other National Trust shops and cafes and local bakeries. Past the mill, the river runs at a fast pace in a crystal clear stream, filtered pure by the chalk hills that surround it.

It’s not the best bit though… wait for it….there are otters! 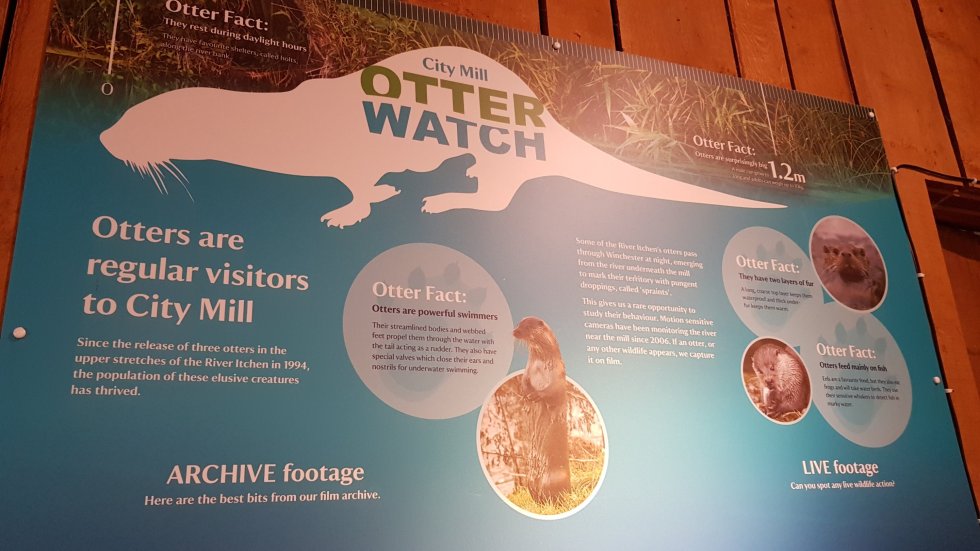 Yes, city otters who call the Itchen home have been regularly filmed en route though the mill.  They even have a sluice way with a little otter ramp dedicated to their passage.

A short film shows a series of otter sightings over the years from single males marking their way, to a mother with three cubs in tow.

I’m utterly (otterly) enchanted and it’s only that Chris drags me away that keeps me from camping at the sluiceway waiting until the next otter waddles by.

There’s still all of Winchester to see: a lovely high street with a mixed market underway, the gorgeous cathedral; burial place of Jane Austen, 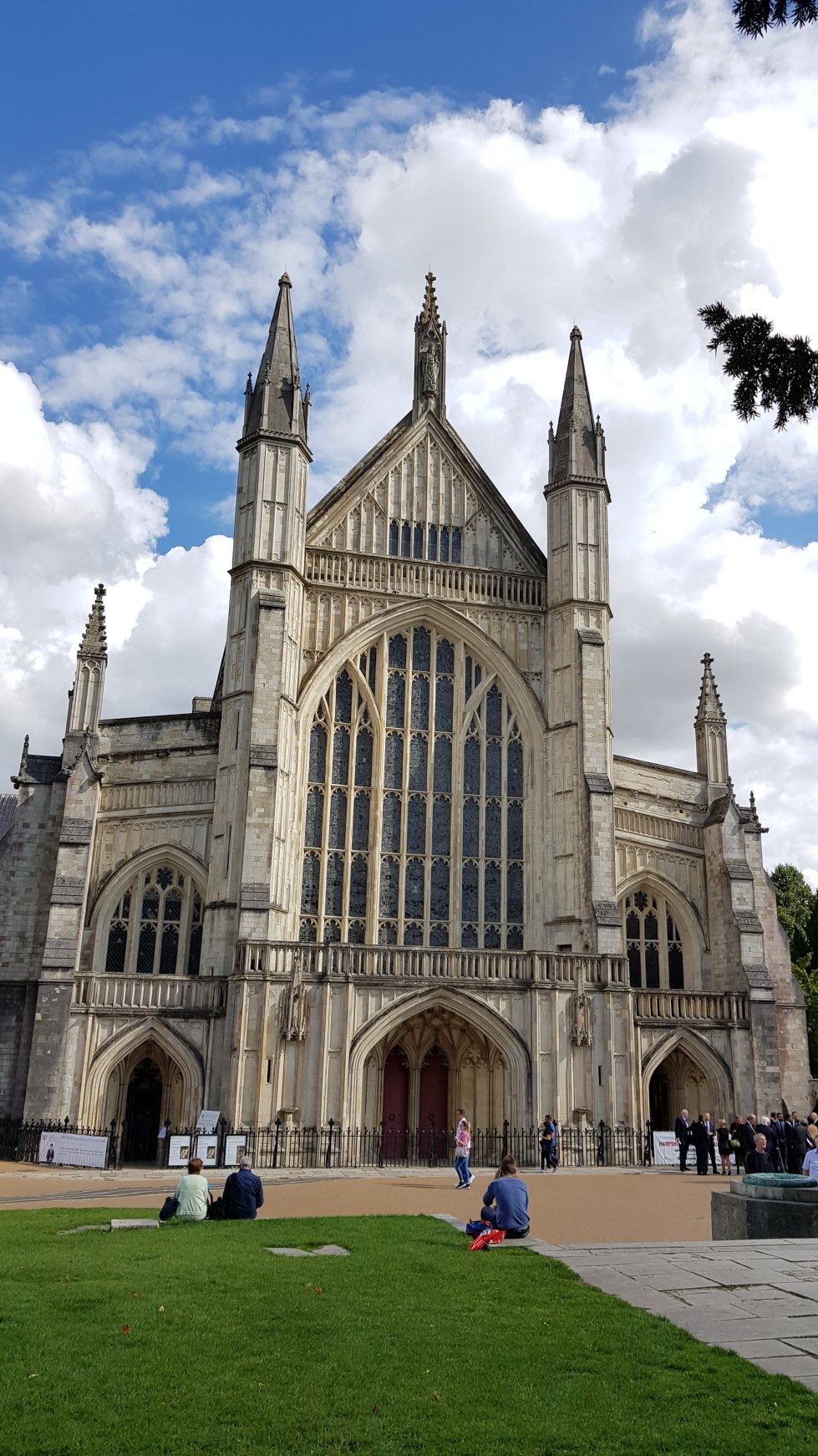 the ornate Guildhall and at the top of the high street, is the Great Hall, a remnant of 13th century Winchester Castle housing what is probably closest to King Arthur’s round table (on the wall).

It was in fact painted so from legend, in King Henry VIII’s time as part of one of his marital celebrations. Building the castle comenced in 1067 by William the Conqueror, extended in the 1200s but ceased being a royal residence in the 1300s following a fire.

It was then used by Royalists in the English civil war, falling to the Parliamentarians in 1646.  Cromwell ordered the destruction of the castle in the 1600s.  Only the Great Hall survived, thanks to its private sale to a justice of the peace, who went on to use it for administrative purposes.  A section of the castle gardens still remain.

All around are beautiful historic buildings of napped flint and the remnants of Roman walls and one of the original Norman city gates.

We have a lovely afternoon pottering from one end of Winchester to the other, stopping for cake and coffee and throughly enjoying ourselves.

I have to say it, Winchester is otterly good. 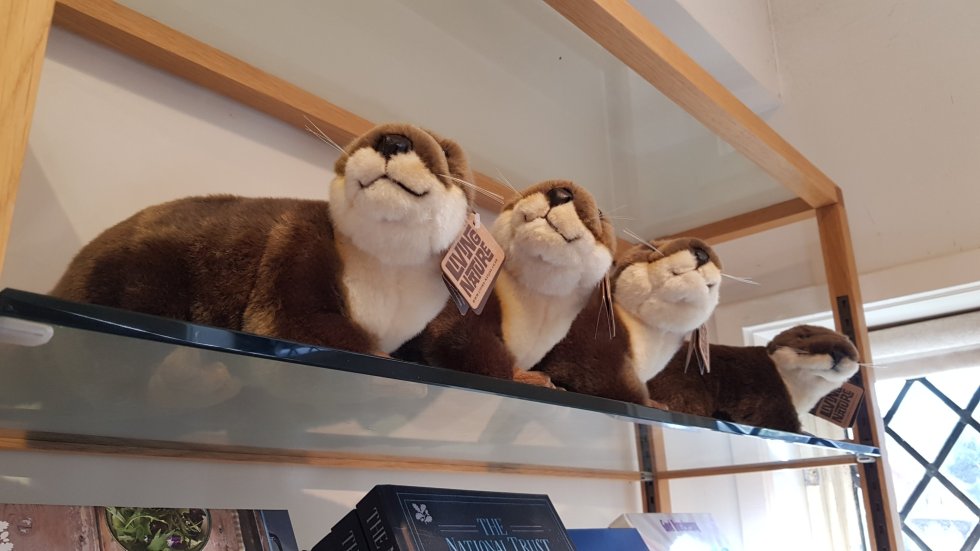