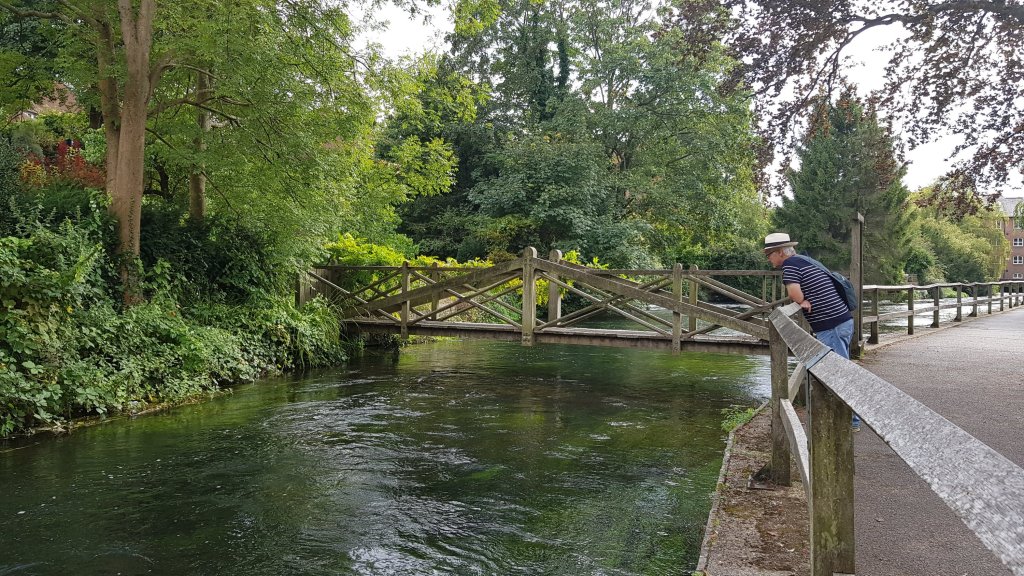 We explore Winchester in a little more detail today, but not before we while away a couple of delightful hours at lunch, recapturing a little French magic at Brasserie Blanc.  If we can’t be in France, this works quite nicely.  Except for the bill, which is more than double what you’d pay for a similar lunch in France, but let’s not dwell on that. 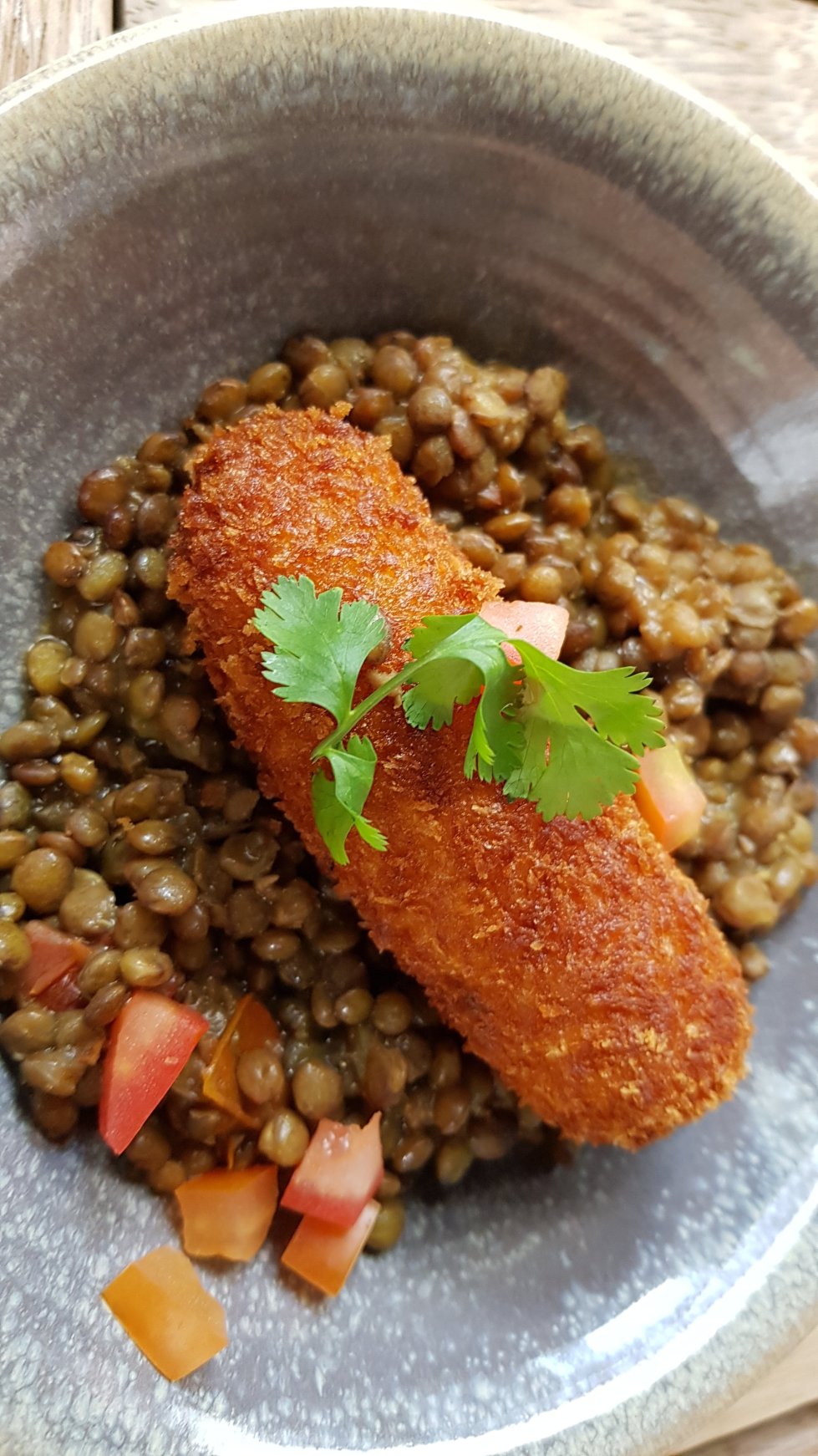 The food was delicious; a crispy salted cod croquette and steak frites for us both, and a lovely bottle of red to ease us into the afternoon. 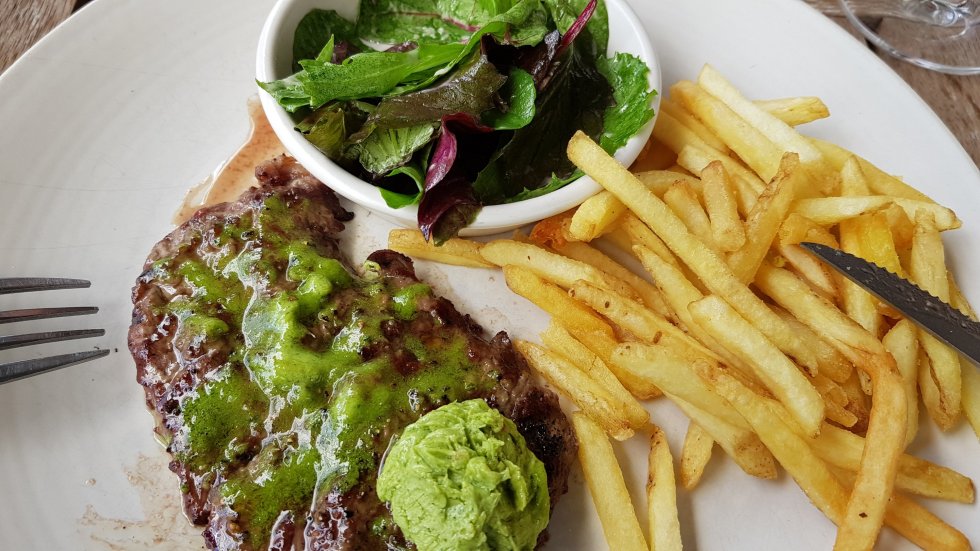 Our first stop is at the other end of town at the oranate Guildhall, which I’d thought would be equally ornate inside, but sadly it’s not. 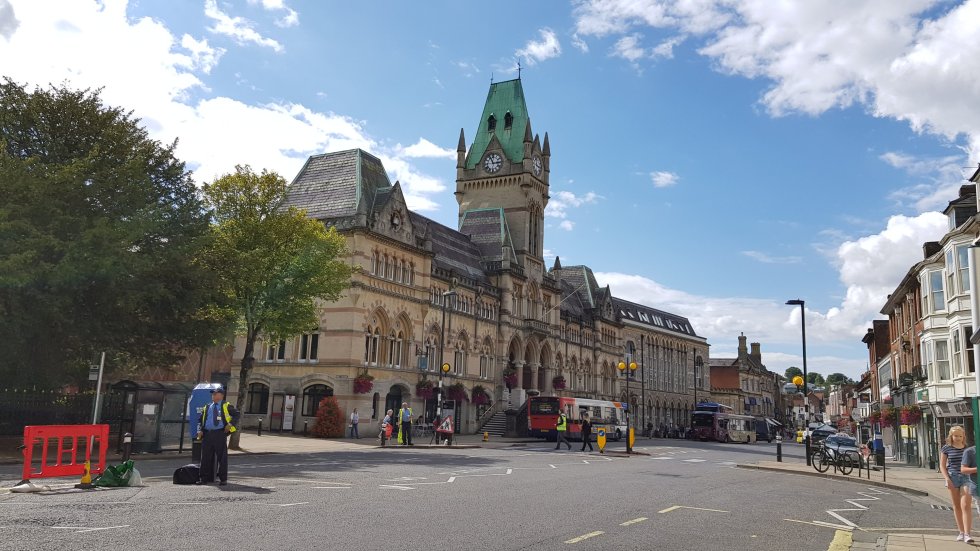 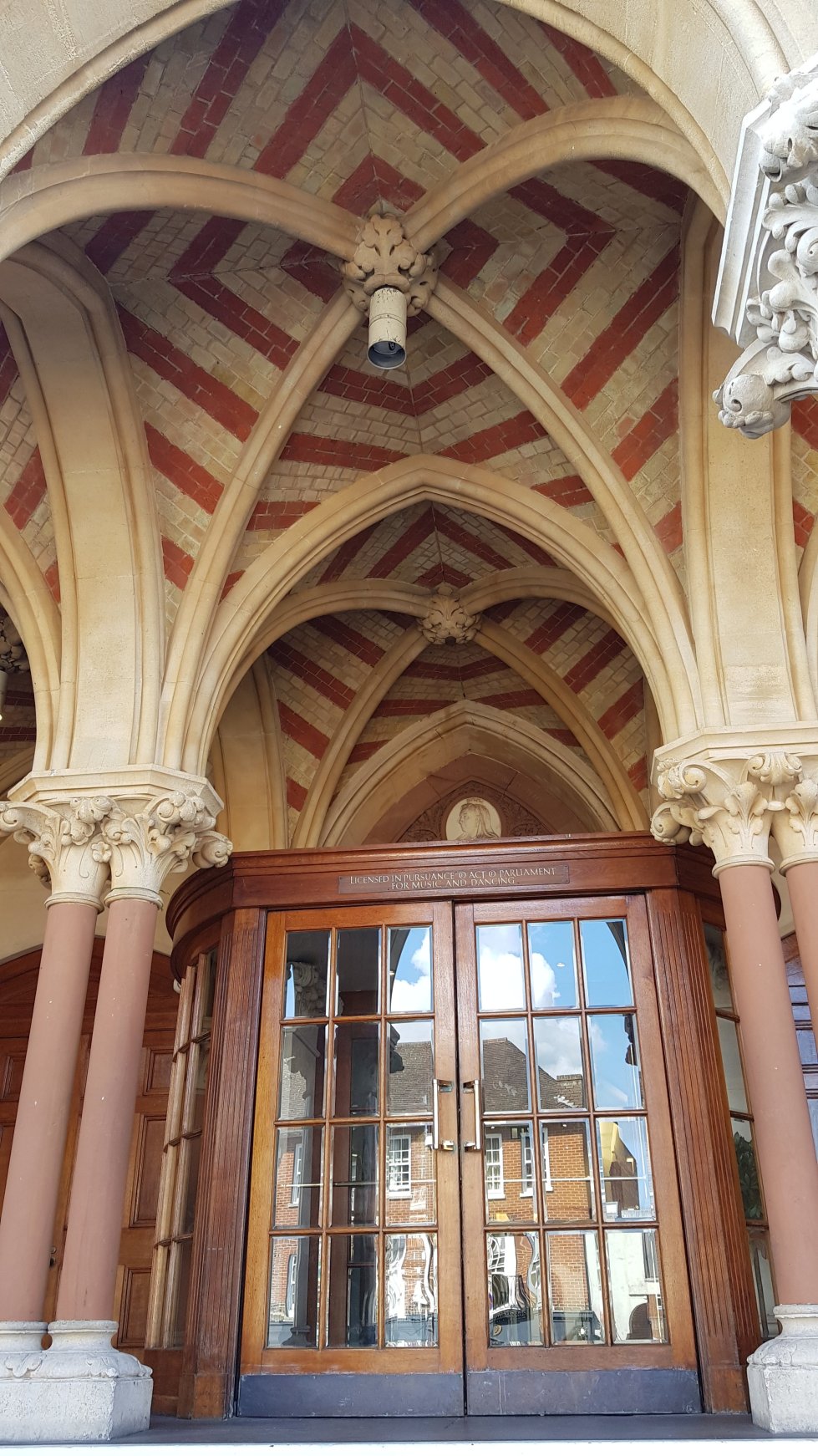 It’s been heavily modernised with plain plaster walls and dropped ceilings.  One can only hope that some original features still exist behind the plaster.  Meanwhile, I take the opportunity to photograph the statue of King Alfred the Great who ruled Wessex from 871 to 899, defending the area from Vikings after a few initial setbacks and eventually uniting England into one nation.  He evidently had diplomatic skills of some note. King Alfred is considered Winchester’s founder. 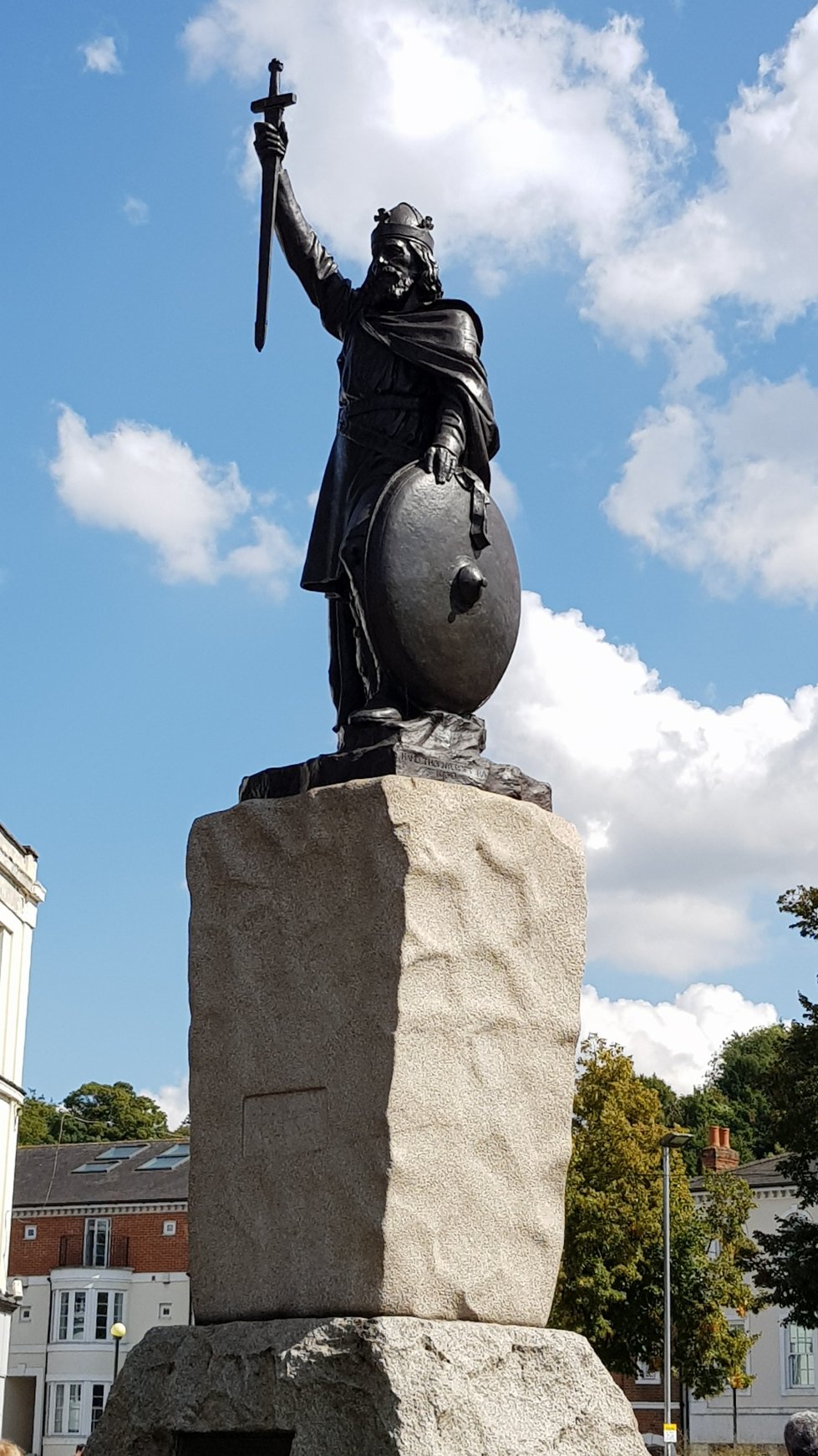 And there’s the Itchen to explore too, just in case there are a few otters going about their ottery business in the late afternoon. 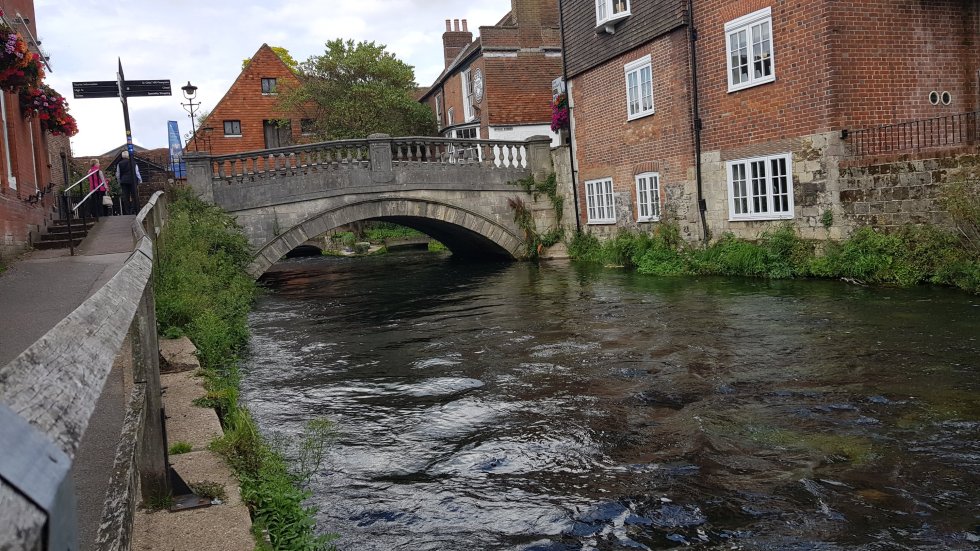 The riverwalk extends well past the mill we visited yesterday.  Being a chalk filtered stream, it’s perfectly clear and we have a full view of river plants, brown trout and busy little duck feet as they float past. 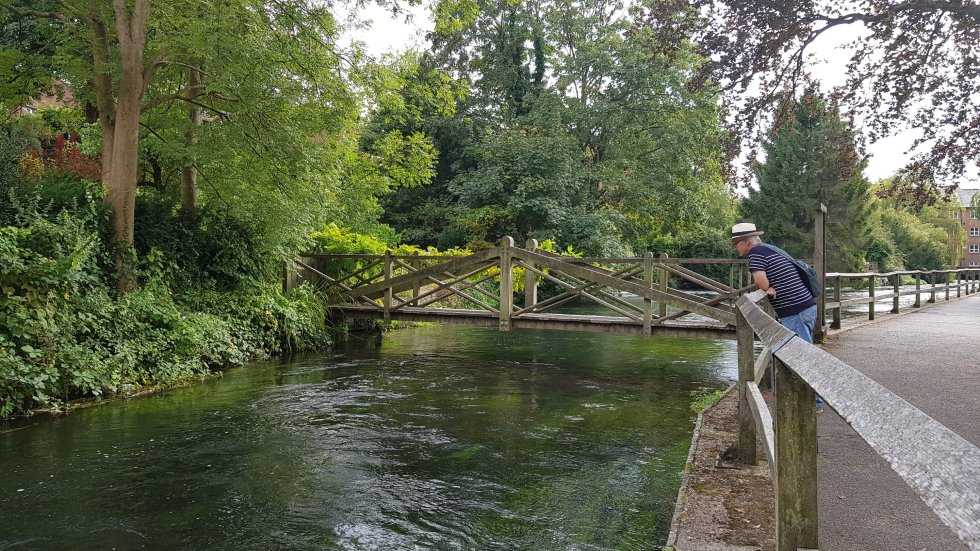 It’s a very pretty setting.  No otters though.  Much envy of the houses that back on to the river: they have otter neighbours and only need patience to see one.  Very, very jealous. 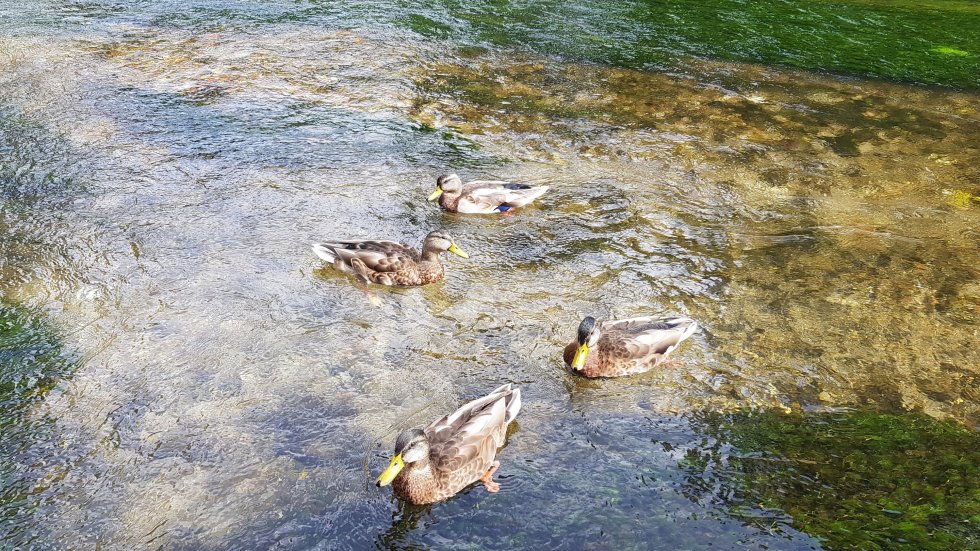 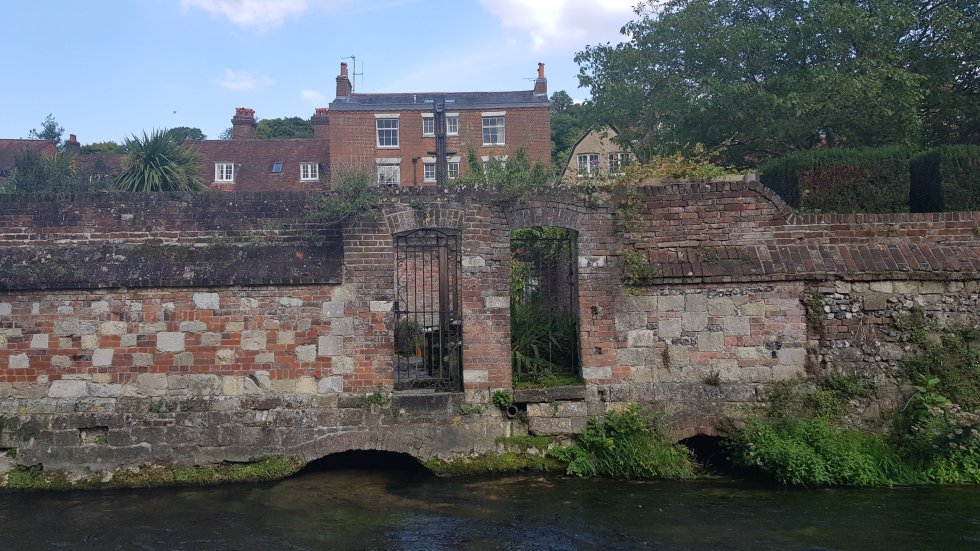 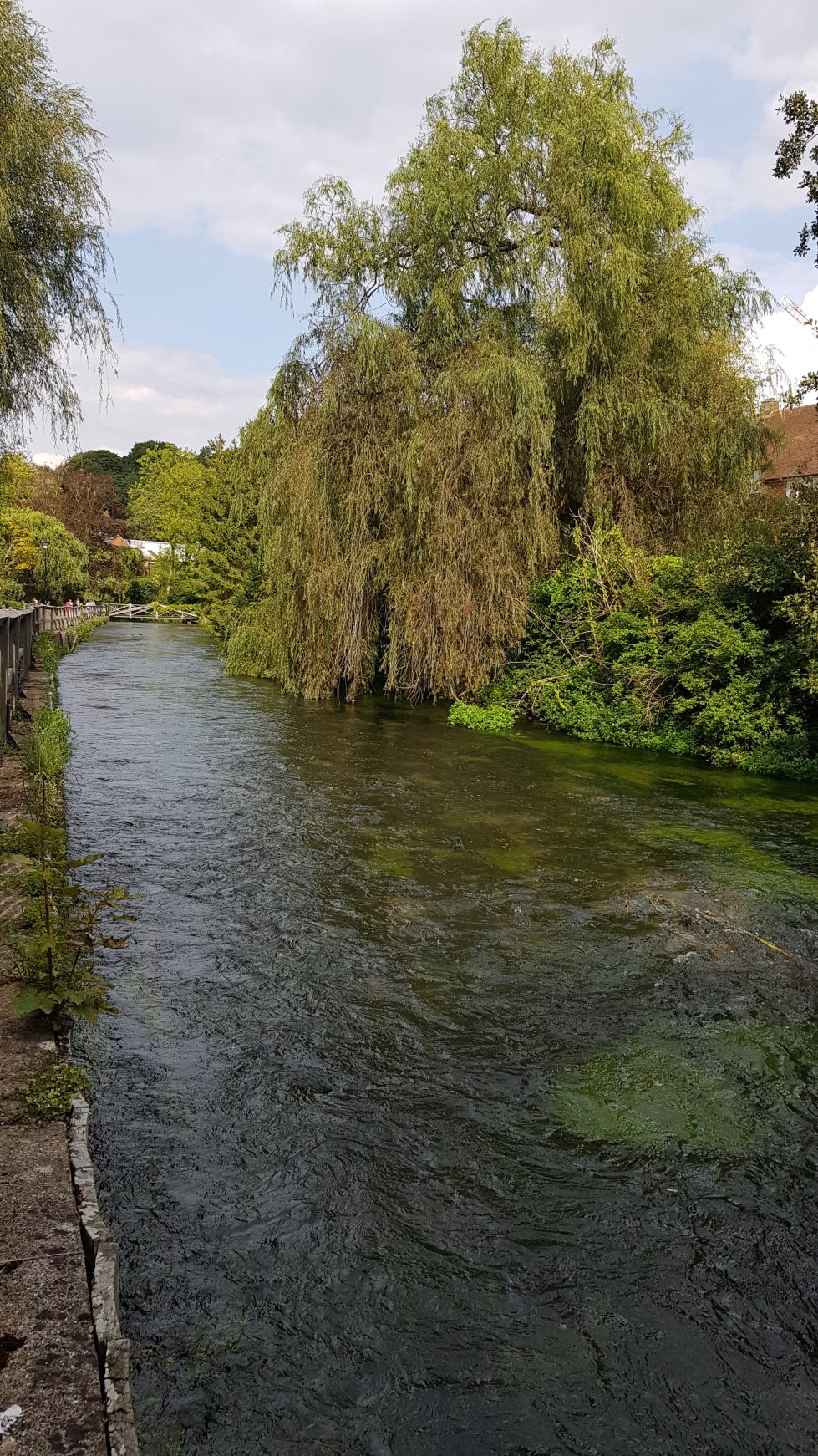 We do see a river ratty, going about his ratty business amongst the greenery. On reflection, he could have been on his way to see Fox and Sons about a riverside rental (see below, it will all make sense).

Our wandering leads us to a hidden surprise, the substantial mediaeval ruins of Winchester’s Bishop’s palace, Wolvesey Castle. 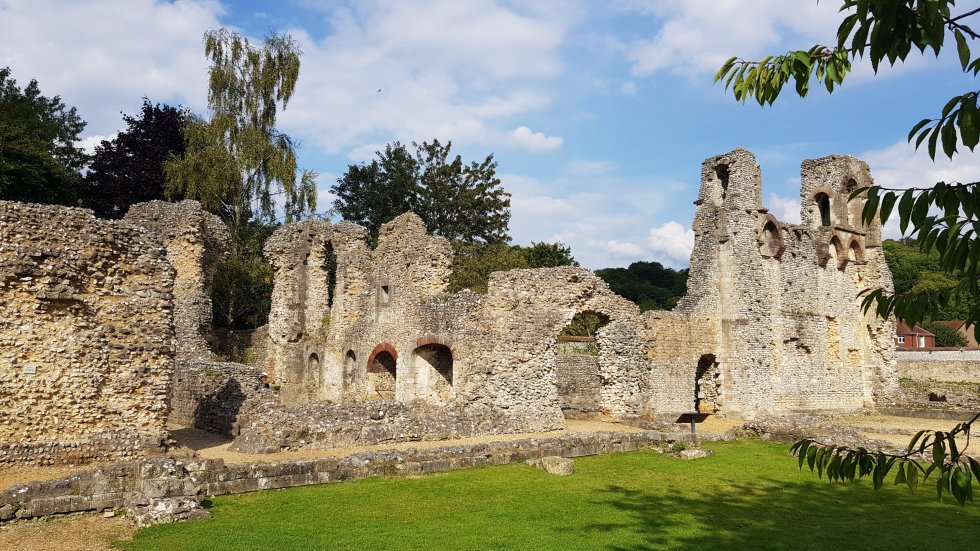 It would have once been a magnificent building with its napped flint finish.  This was one of many homes the Bishop of Winchester held, as a stopping points on his travels throughout Wessex. 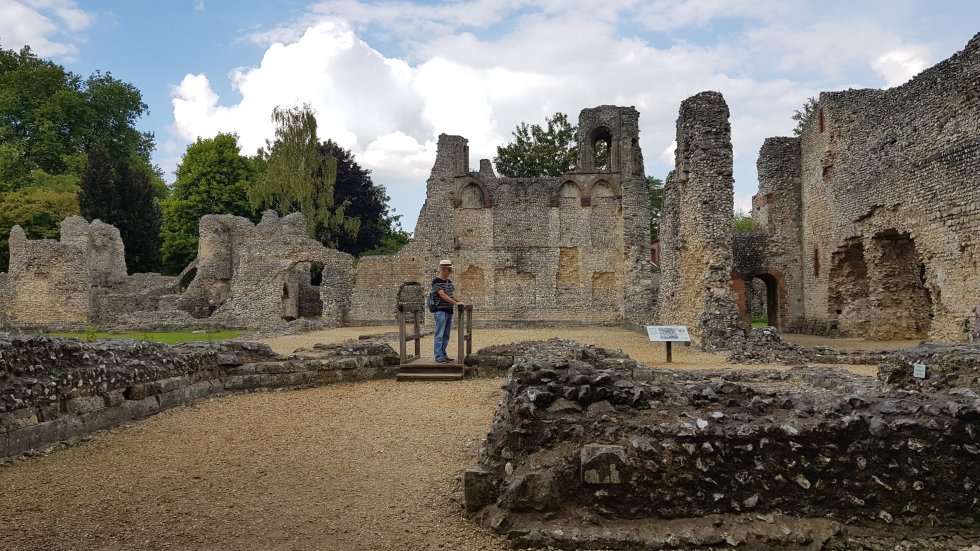 At the time, Bishop Henry (1129 – 1171)  held one of of the most senior position in the English church and in the politics of the day. The palace was mostly his work, but the red tiles are the result of repairs in the 1930s where the facing stones had been robbed from the ruins. 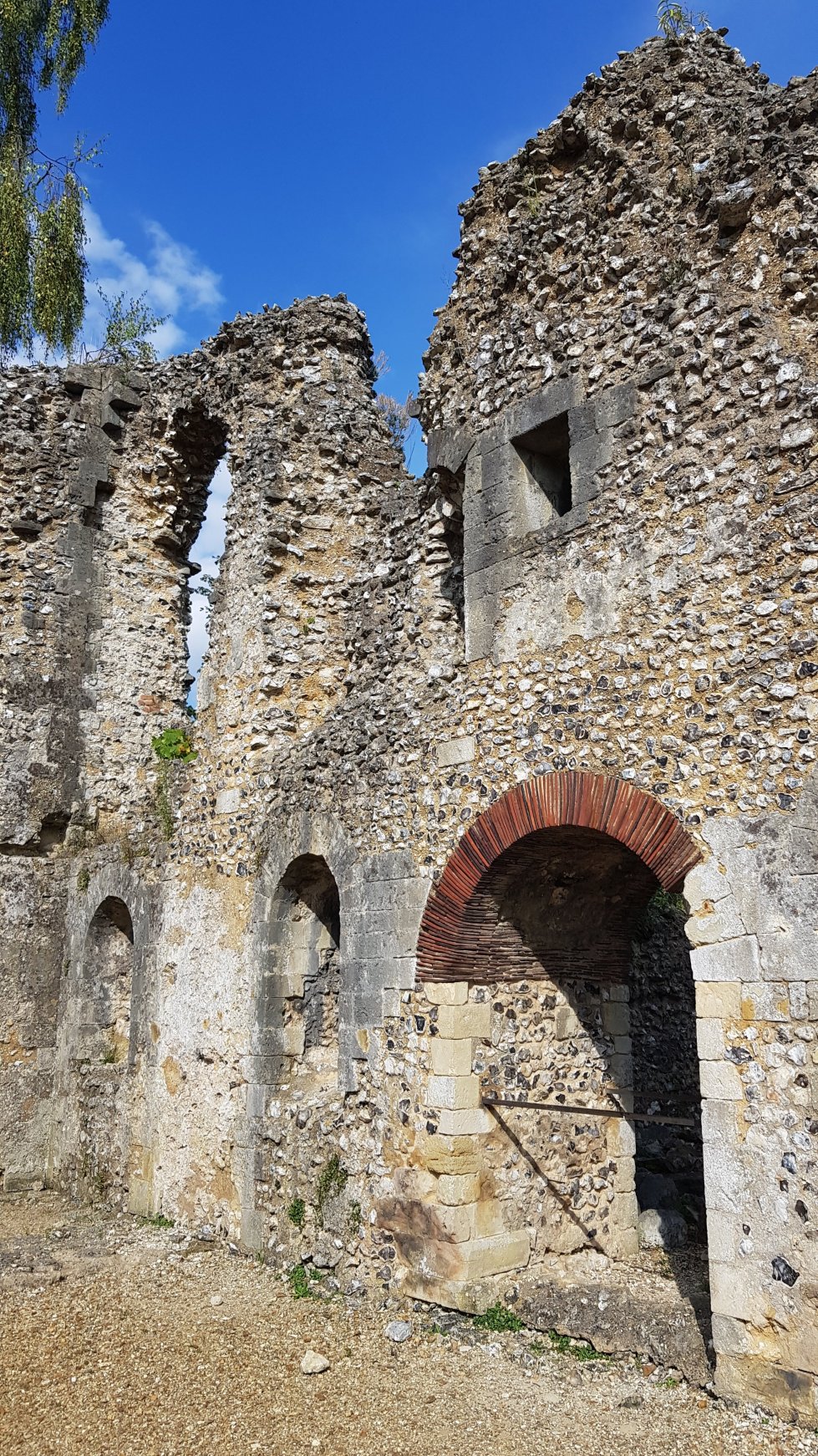 Later in the day we see a board for a real estate agent, Fox and Son, and a hire place, Badgers Tools. The economy must be booming…. animals with jobs.  I think foxes would make excellent real estate agents, and badgers would be well placed to make sound recommendations on tools for digging.  😂😂😂

Winchester has been such a lovely spot, we’ll definitely come here again. 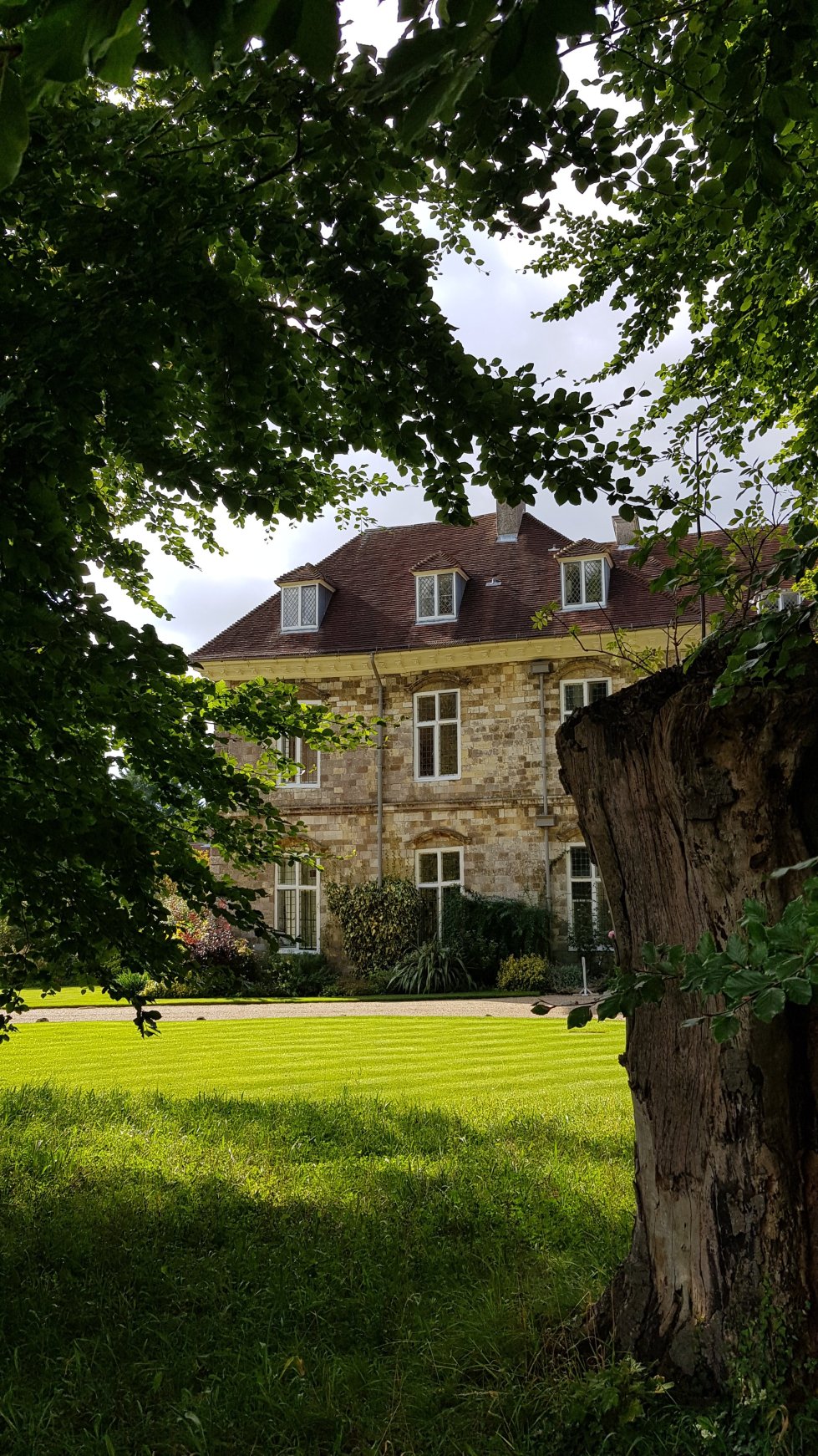