A rainy morning of freeway travel sees us Cudillero bound.  You have to admire Spain’s dedication to its freeways. The cost of upgrading  infrastructure might have brought the country to its knees but the new roads are magnificent, especially the viaducts which soar over valleys between mountains.

In the drizzle of the morning, greenery is washed clean, brightening colours of endless views as we soar through the skies.

It’s the closest to having a flying car I’m likely to get.  It’s best not to look ahead and down, I find.

The road into Cudillero descends sharply into its harbour.  Serious fishing at the approach, pleasure harbour as the bay wraps around. The car park is jam-packed, despite it being a Monday – it proves a good guide as to how busy we find the village. 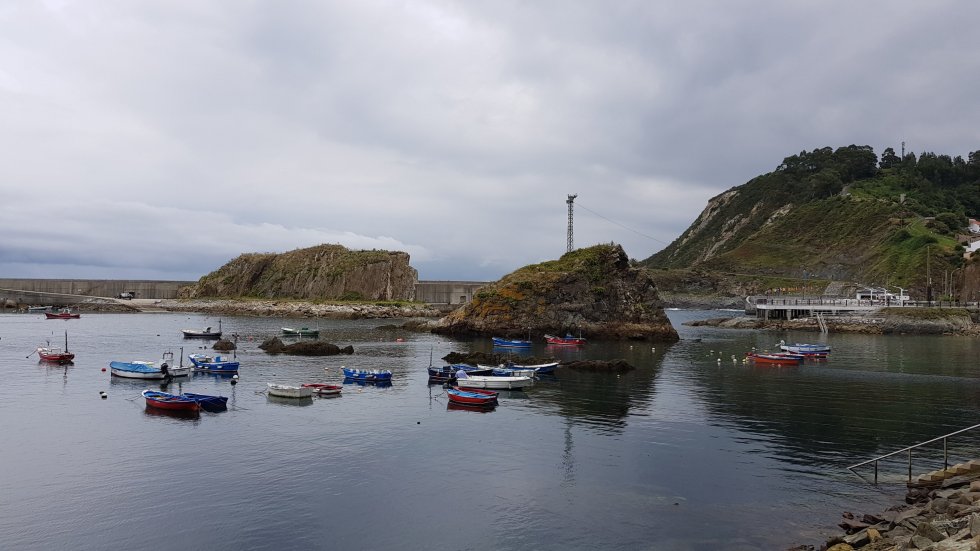 Deemed the prettiest village in Spain, Cudillero’s reputation is well deserved.  The walled harbour is every shade of inviting greeny blues and its mainstreet is a winding path of umbrella covered restaurants offset by colourful houses perched on impossible angles in the cliffs that surround it.

And it’s jumping with activity.  Eating late as the Spanish do, the restaurants are still busy late into the afternoon in the peculiar way that cheek by jowl places are: some packed so full the waiters can barely move, others stand empty.

I coax Chris up the hill in the hope of a view down – bar lovely architecture, fruitless. Once back down, I can see my mistake: there’s a path on high, but himself won’t be talked into a second pass at the hill and I can’t find an entry point for the way up.  Somewhat frustrating.

We don’t fancy lunch having already eaten, but the harbour draws us like a magnet. 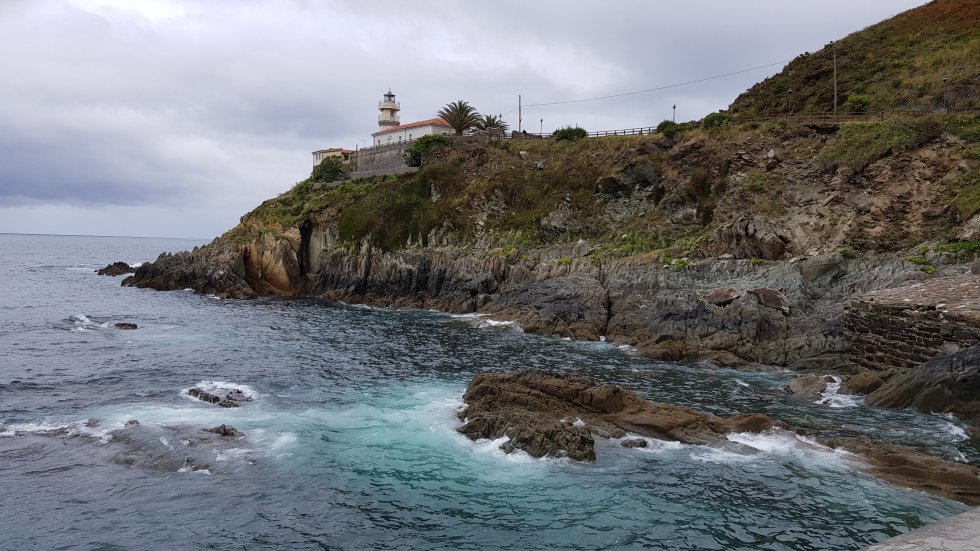 Shoreside, the enormous herring gulls have set up a nursery.  The chicks are practicing water landings and take offs, annoying their mothers for snacks and enjoying treats from locals with stale bread. These are this year’s brood with their intensely speckled feathers.  By the time they’re two, the speckles will disappear and they will be the snow white and grey of their parents.  Their inexperience means they get quite close and I get a great opportunity to photograph one in full flight.

We would have loved to stay in Cudillero to go out for dinner, but it’s a rare case (for Spain) where motorhomes are forbidden overnight in the only carpark – huge fines apply.  I don’t fancy the steep road out after a bottle of wine, or in the dark, so somewhat disappointed, it’s on our way we go.

We end up a little further along the coast in San Esteban, along a river.  It’s pretty enough but it doesn’t have the charm of Cudillero and despite the Van Gogh worthy, blue velvet evening sky, it’s hard to shake off the disappointment of wanting to be elsewhere. 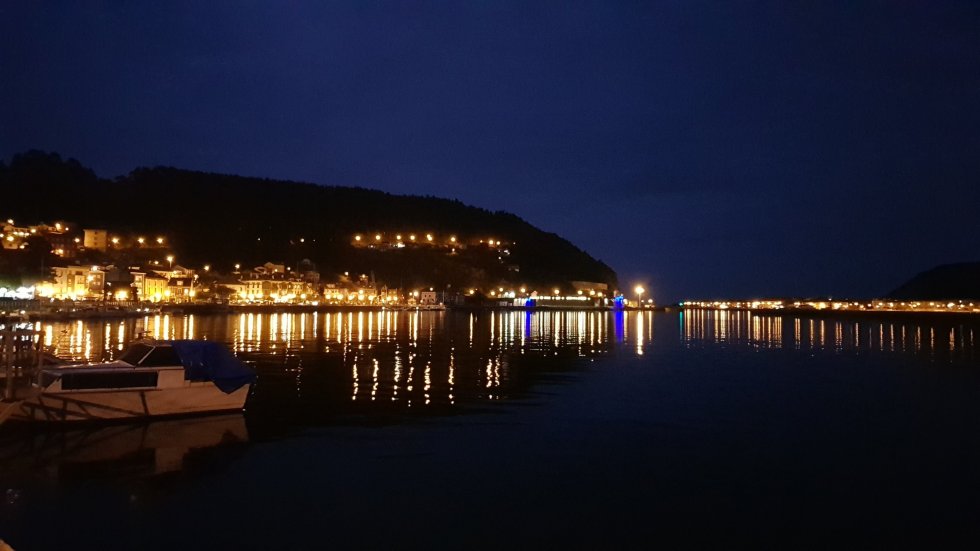