Our return through Spain take us through its northern coast initially, having taken the mountain route on the way across.  The drive showcases ancient stone cottages with slate roofs and a specifically Galician architectural feature, ornate glassed in balconies.   Even the freeway has been beautified with precise hedging dividing the lanes. 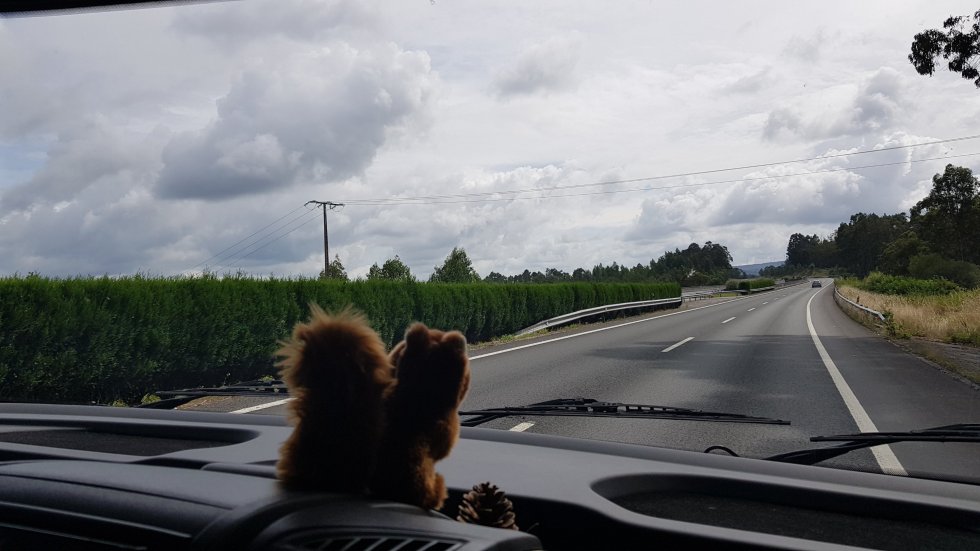 Our first stop of the day is Vivero, an ancient city built along river with the same name.

We cross the 15th century stone bridge and enter the city through its original stone gateway.

The pretty glassed in balconies are very prominent in the old city – they’ve been a feature since the 1400s continued into modern design.  Up close we can admire the detail woodworking involved. 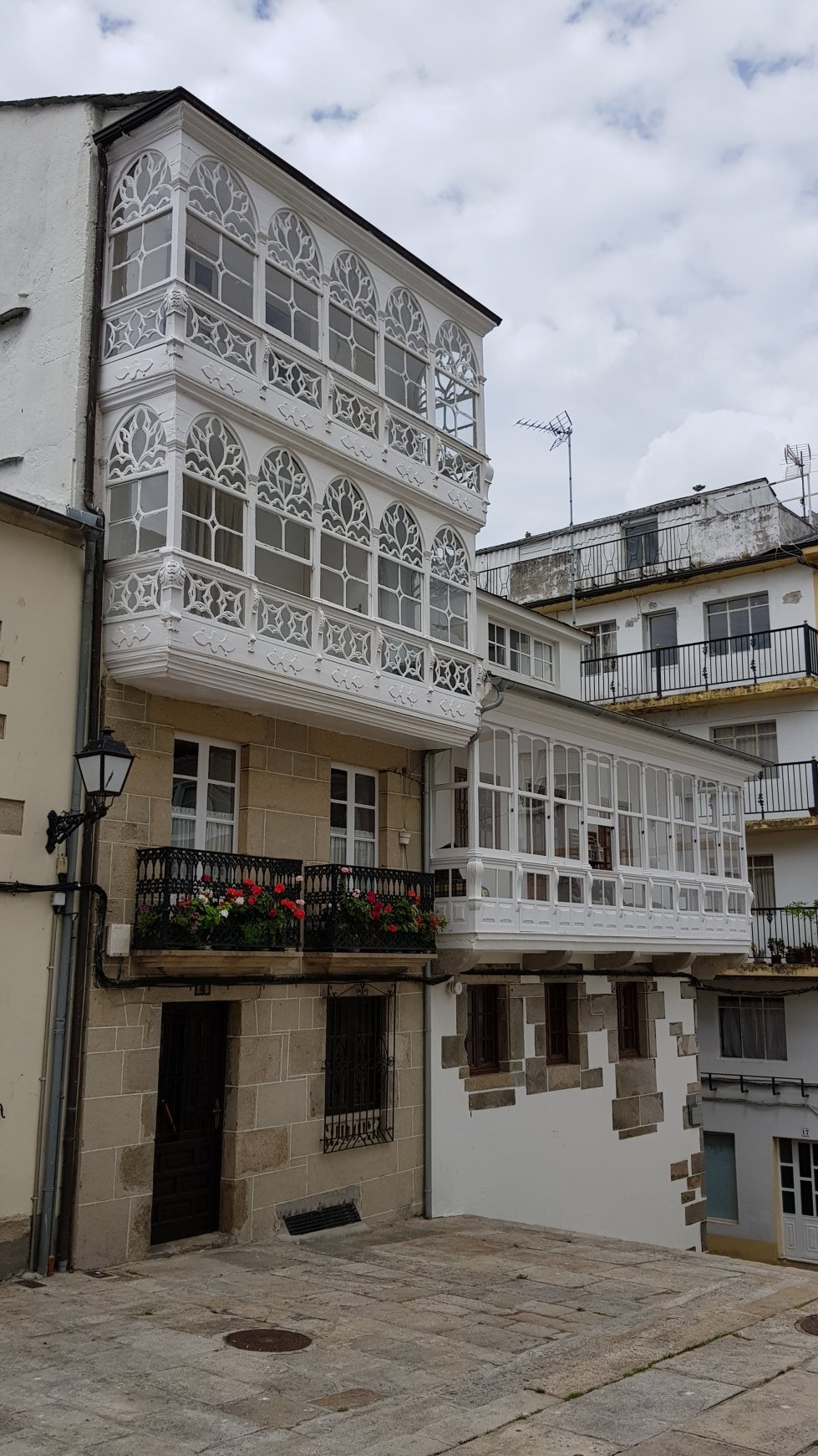 Like many of the small villages in mid afternoon, most shops are closed, but the restaurants are in full swing with patrons spilled out into the streets. 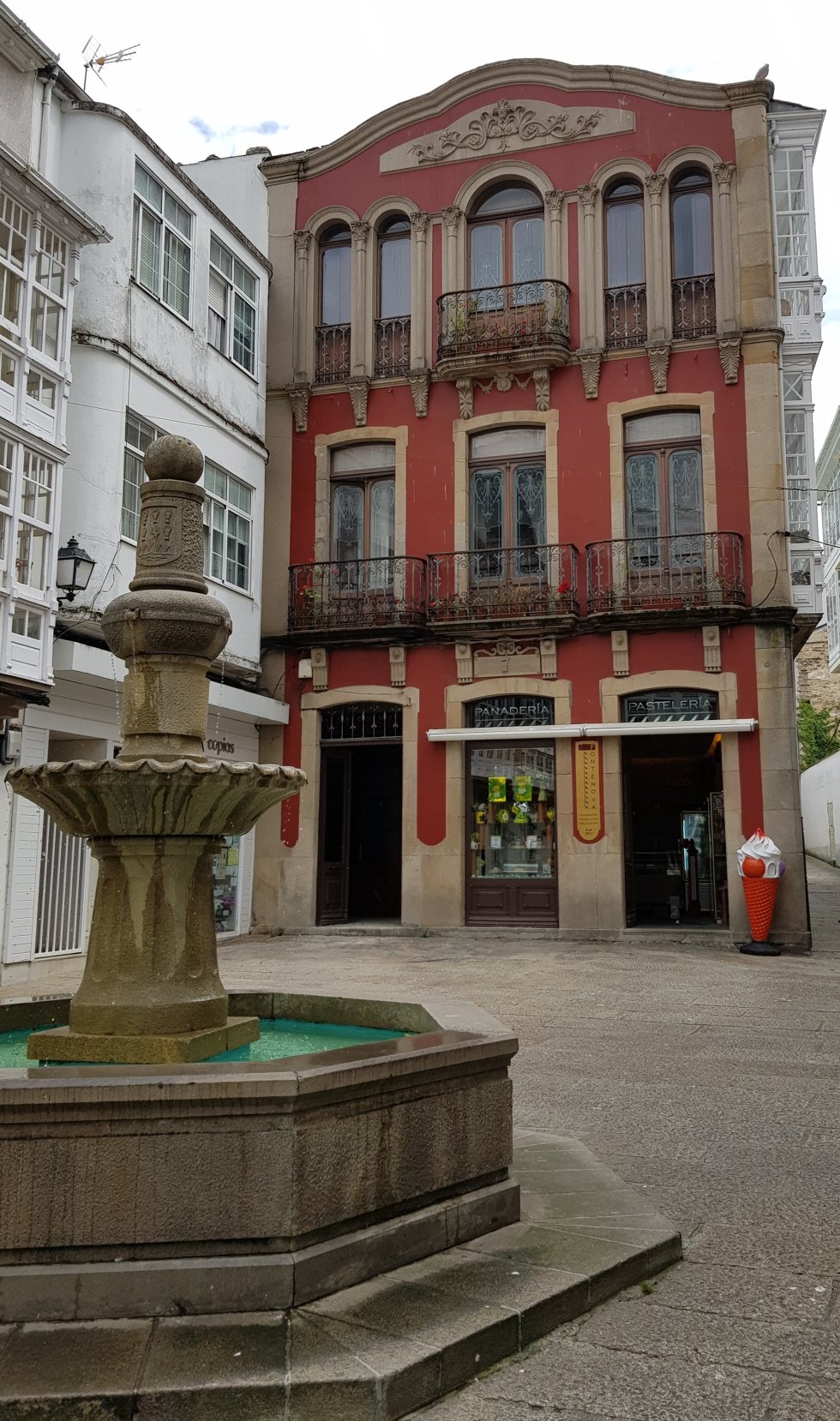 There’s a touch of ladies who lunch in the atmosphere – the favoured accessories por dia (of the day) are poodles, the tinier the better.  They peak out from under tables, jackets and handbags, often “dressed” in ribbons.  I think I prefer the black kitty I found.

It’s only a quick stop so we’re soon back on our way having lapped the village and treked up the hill to see the church which has some lovely sculptures.

We arrive in the pretty coastal town of San Cibrao by late afternoon.

There’s lots of explore with a coastal path that offers a series of bays and beaches, each a little more progressively wild until it’s truly wild – the Atlantic in all its glory.  There’s lots to explore – rock pools full of fat green anemones with pink tipped tentacles,

pristine white beaches and at the far edge of town, a lighthouse warning of a treacherous approach. 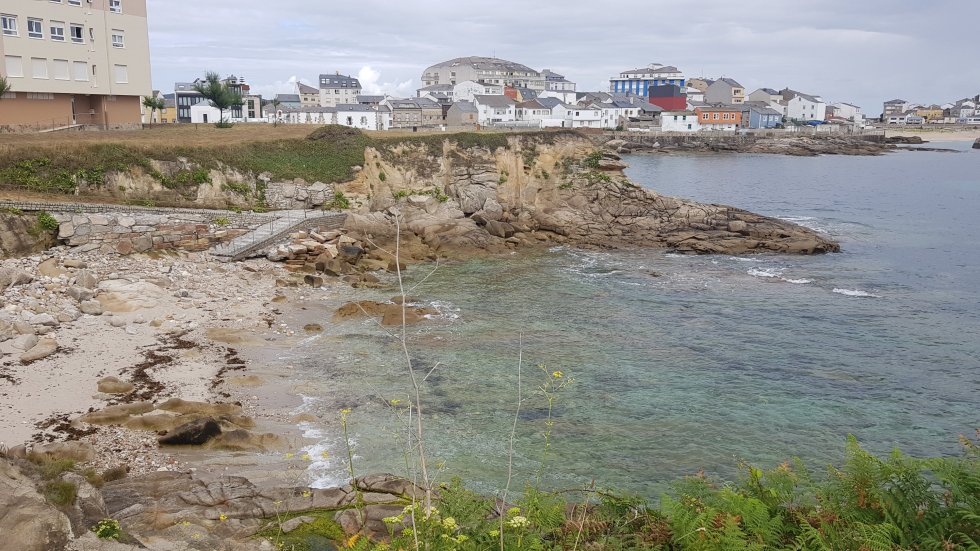 San Cibrao is sadly a victim of economic woes with a number of apartment blocks left in various stages of incompletion.  It’s a pity as it’s a really pretty spot. 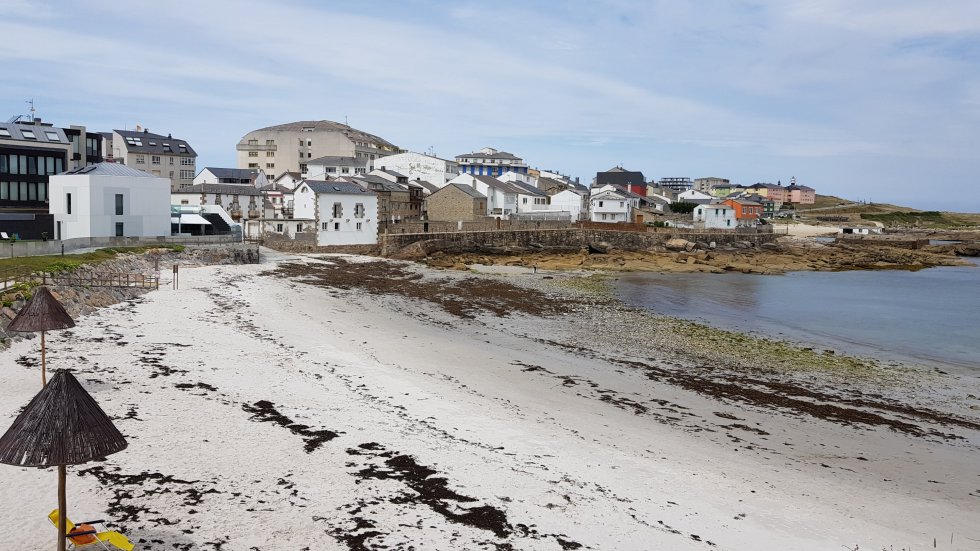 We have interesting neighbours too, a group of Spanish travellers, the men determined to make friends.  The insist on plying Chris with a killer homemade grappa, me with cakey treats and in the way travellers do, exchanging travel stories and tips.  Quite a feat given that between us, we have around 30 communal words we understand. 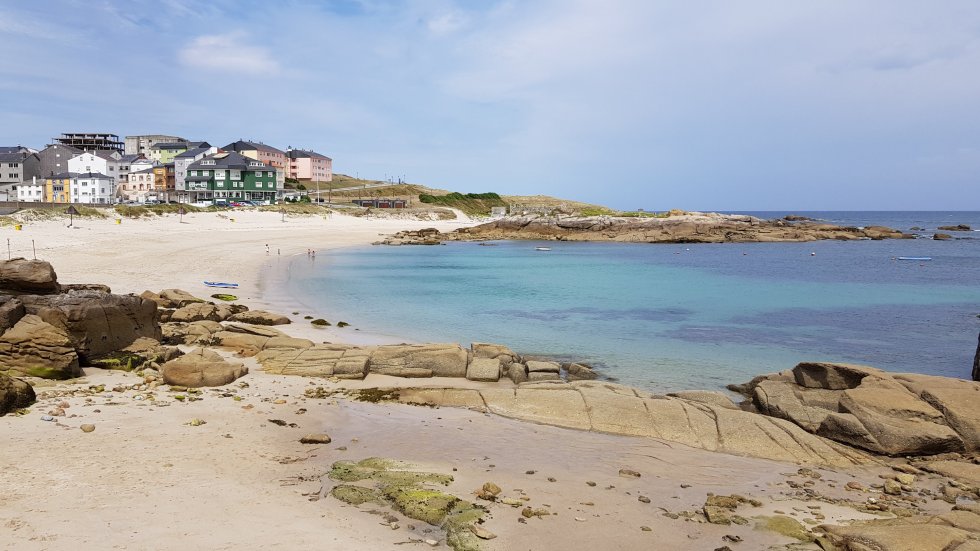