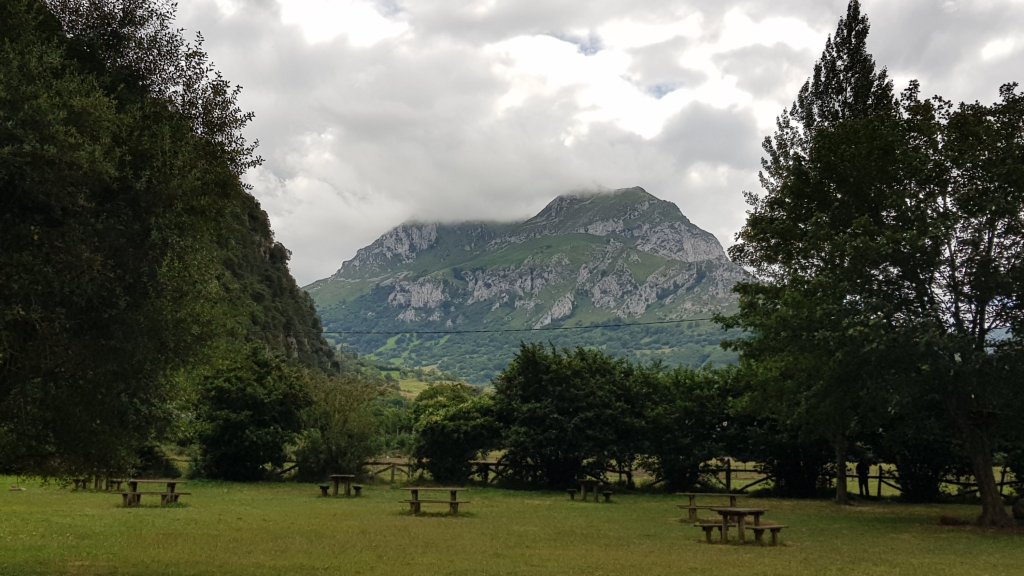 Not quite as planned today.  We’re traveling for distance, ostensibly to end the day in Oviedo, ready to explore tomorrow.  Our way is through the Picos de Europa, a mountain range that straddles the Austurias and Cantabria regions.  It’s a stunning green belt, forming the Parque Nacional de Los Picos de Europa with soaring cliffs, beautiful beaches and remote villages.

Even though we’re on freeway, it follows the coast fairly faithfully and there are gorgeous vistas aplenty.  Inland is dominated by tidal flats. 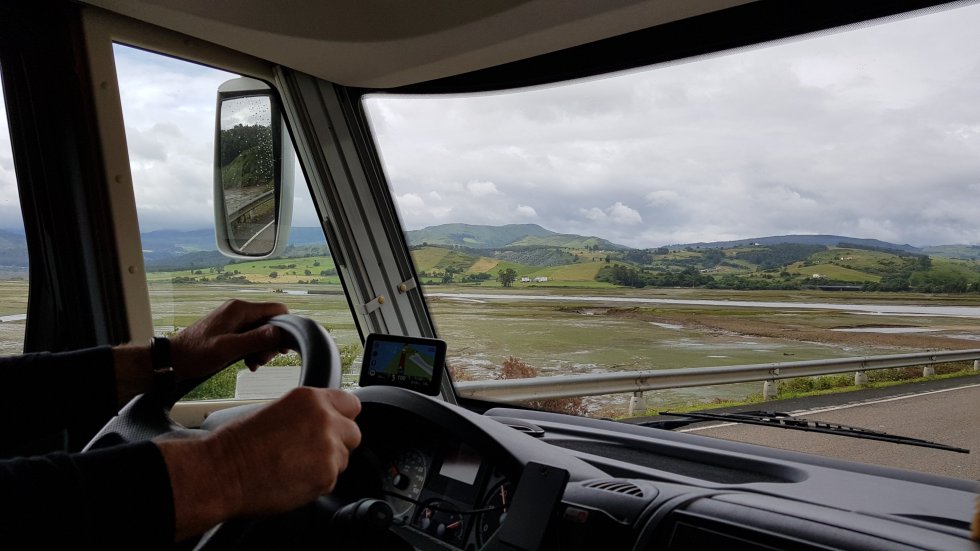 Oviedo however, eludes us.  We arrive mid afternoon only to find all the motorhome places not only taken, but with a queue to boot.  Patience not being a strong point for either of us, we make the decision to move on.  You can’t after all, see everything.

For a change of pace we drive into the Nacional de Los Picos de Europa, surrounded by mountains on all sides, crossing the same river, many times over.  There’s a tranquil peace in the lush greenery the mountains, so different to the high rise bustle of the coast. 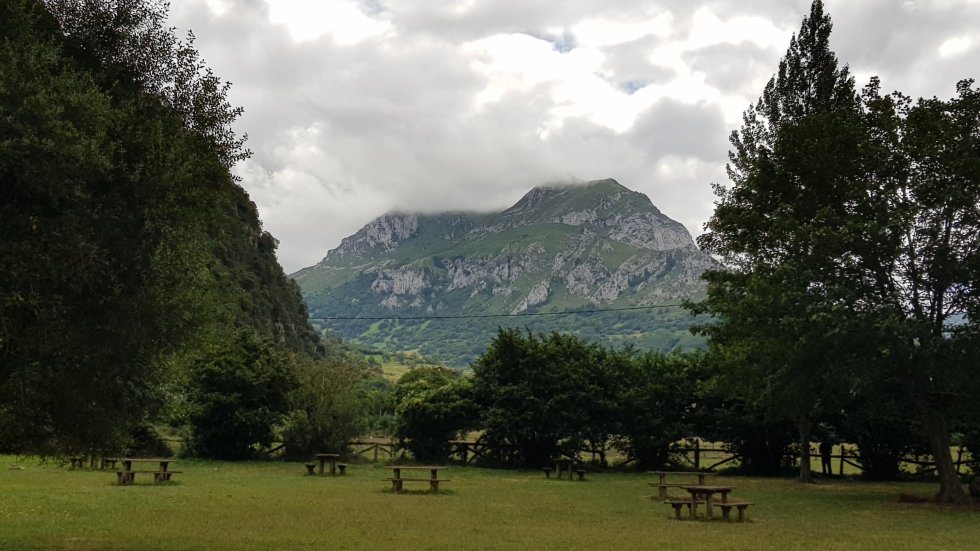 Bears still live here – the Cantabrian brown bear is sadly, seriously endangered with only 200 remaining in the wild. Protected since 1973, killing one will earn you a fine of up to €300,000, but barely a year passes without a bear being killed by humans.  Murderous bastards. 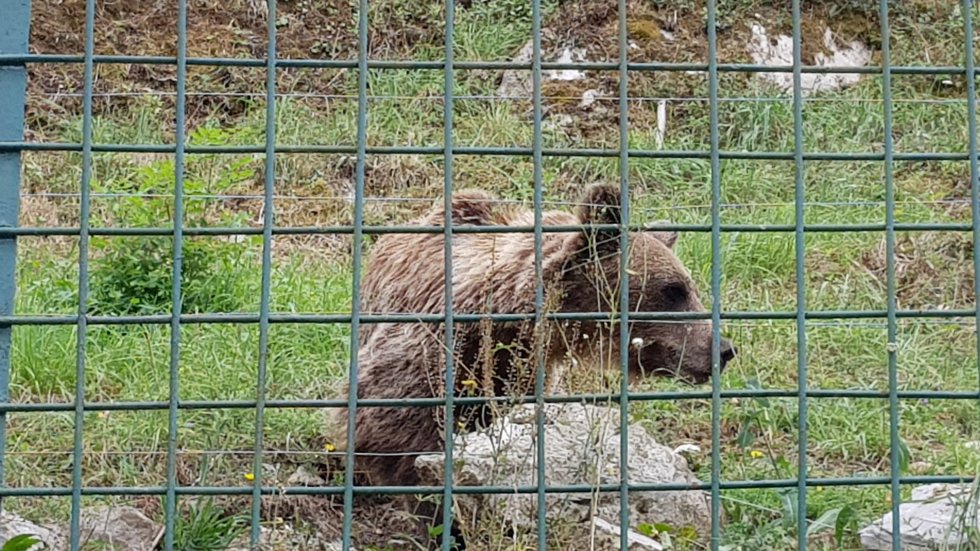 It’s the bears that both make and break my afternoon.  By sheer coincidence, we settle at the base of “Bear Walk” a mountain sanctuary protecting over 50,000 m2 for the four bears who live there, each orphaned early in life.

We’re not expecting to see them outside of their midday feed, but still walk up (in great earnest on my part) the mountain in hope.  Their enclosures are quite unique, 3 in total, the largest of which simply barriers the mountain behind us, the other two also connected, but more practical, on ground level.  The bear gods have obviously taken pity on our Oviedo disappointment and reward us with three of the four.  Two adolescents bears are together in the bottom fields and a baby bear, 4 years old, is pacing the base of the mountains, stopping only to interact with children. Both sides peek with interest.

All three bears are gorgeous but the little one is heartbreaking.  He so clearly needs his mother, a great big bear hug or a warm  lap and perhaps a bottle of milk.  He’s so tiny to be on that big mountain on his own.  And he looks sad.  Protected, yes, but motherless. 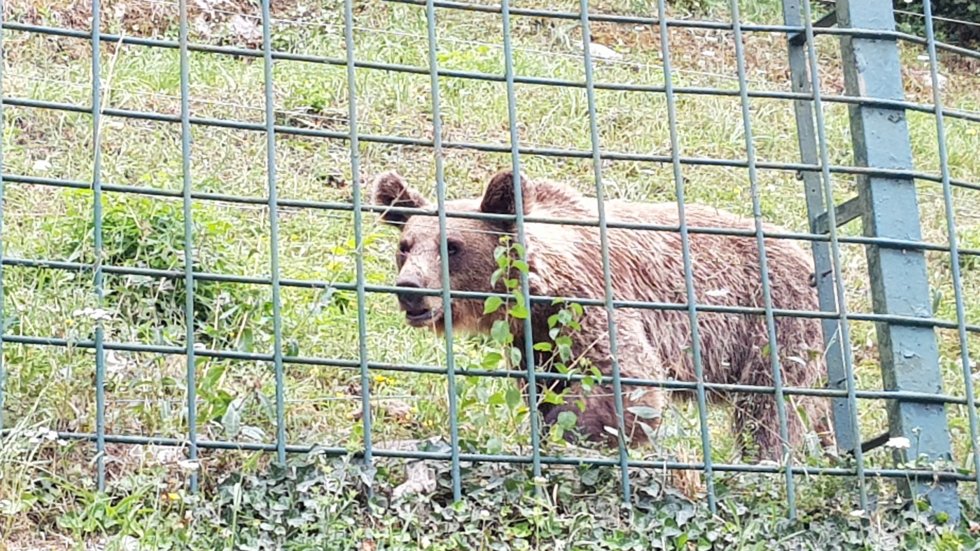 There’s a bike path though the mountains – 40 km all up and cyclists zoom past regularly mixing with bear admirers.  We walk part of the way, then to the river admiring the wildflowers. 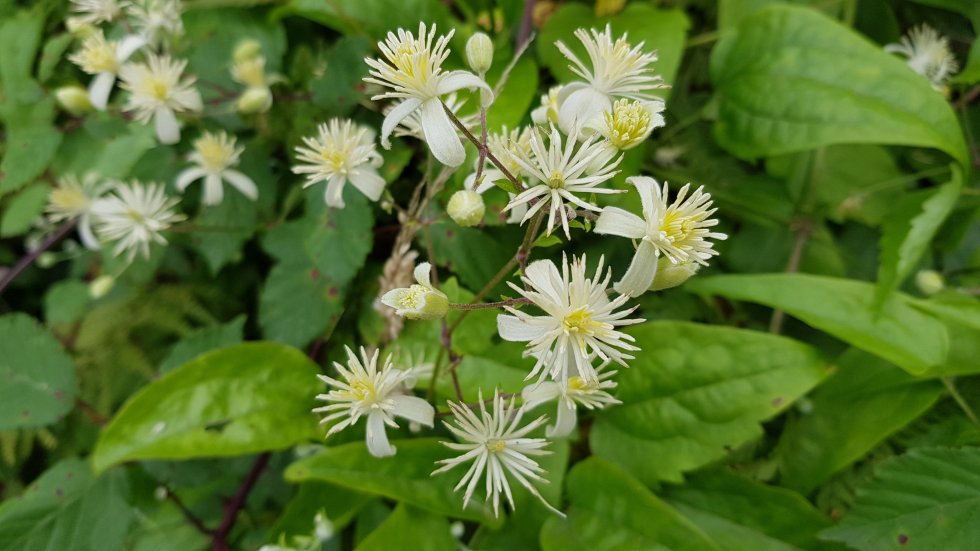 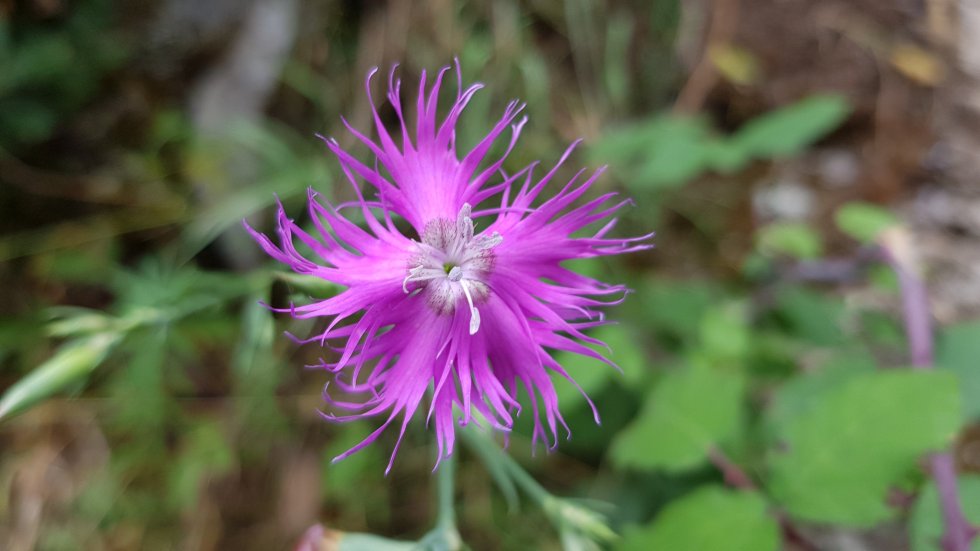 Later, in the wee hours, my skylight offers another highlight. We’re in the wilderness, no lights. The reward is an intensely starry sky, a carpet of diamonds strewn across the heavens.  It’s breathtaking beautiful against the inky sky and jagged mountain peaks that surround us.