We’re somewhat off the beaten track today.  After much debate over our path into Spain and back again, we’ve settled on Bordeaux first, then along the southwestern coast crossing the border to Spain, to return via the Dordogne, resuming our Les Plus Beaux Villages tour.  Consensus is that this will result in minimal backtracking.  This means heading due west as our present path would put us directly on our planned return journey.

We’re clearly in wine country now.  The fields are blanketed in vines and where not, sunflowers, raising their hopeful faces high. Every so often we pass a congnac distillery so it’s fair to say that some of these grapes must be destined for balloon glasses eventually. 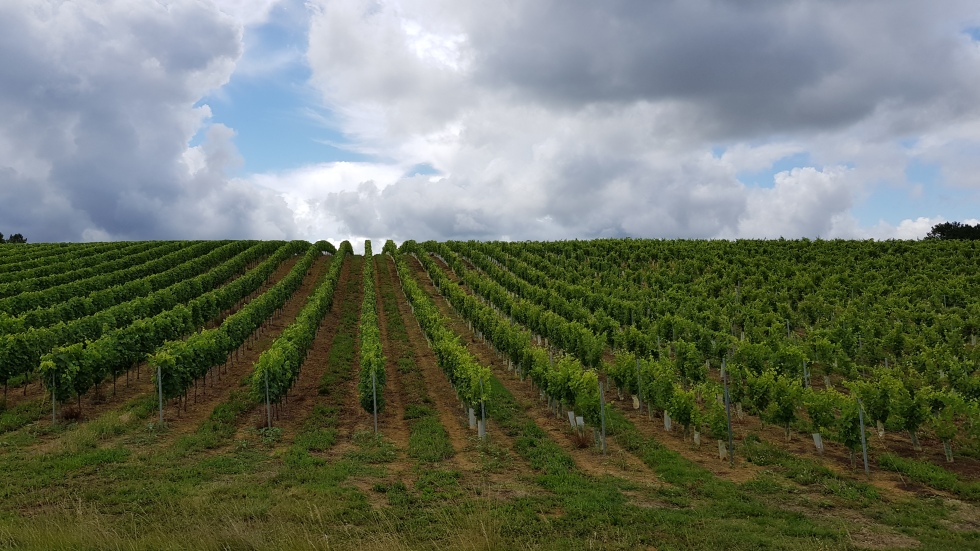 The villages we pass are stone in the main, some picturesque, others utilitarian, the land is undulated, rarely flat offering lovely views in the distance.

We had originally aimed for Bordeaux today, but it proved a little ambitious.  We settle instead in the small village of  Saint Romain la Vie.  There’s time instead to sit and read under massive oak trees, pick wild mint for my evening cocktail, explore the church, complete with a relic from a 4th century saint, and lap the village.

Bees are making the most of the lavender, intensely perfumed in the late afternoon sun.  It always fascinates me how get you never see just one type of bee in flowers here. I’ve seen up to a dozen different types happily coexisting on a favoured plant.

It’s in Saint Romain la Vie that we test another fascination that we first came across two years ago – a baugette vending machine.  €1 later and the riddle is solved.  There are cooked baugettes inside, the front of the machine lifts to deliver it.  I had pondered if they were partially cooked then freshened on order.  This one offers pain au chocolat too.  I guess this is the way of the future for villages that are too small to support a boulangerie: this is the third we’ve seen this trip. The quality is pretty good, recently cooked. In case you’re wondering, the pizza listing is for a shop in the village…I did wonder for a moment if this was a super vending machine, capable of rendering all listed items. 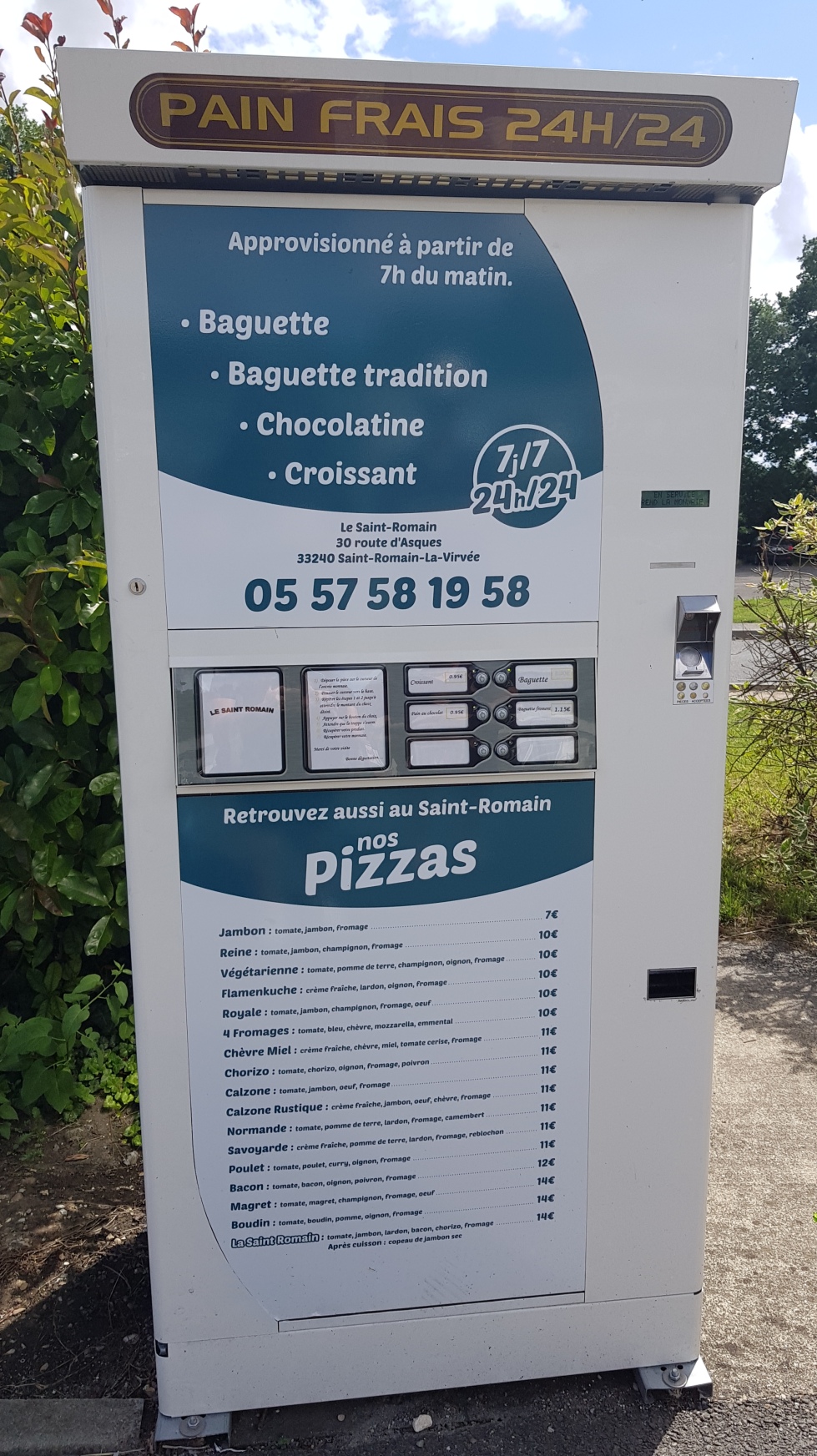