Well I’m glad we arrived yesterday to sapphire skies and sea.  Today is overcast, the colours complety different.  All the better for exploring though, as we make our way to the northernwest tip of Ile de Re, to the ancient village of Ars-en-Re.

Still a key salt production area, the town is surrounded by salt marsh and 60 salt merchants still active in the area.  There’s been a salt trade here since the 11th century.  A profitable trade, as evidenced by the grand houses hidden behind tall fences. 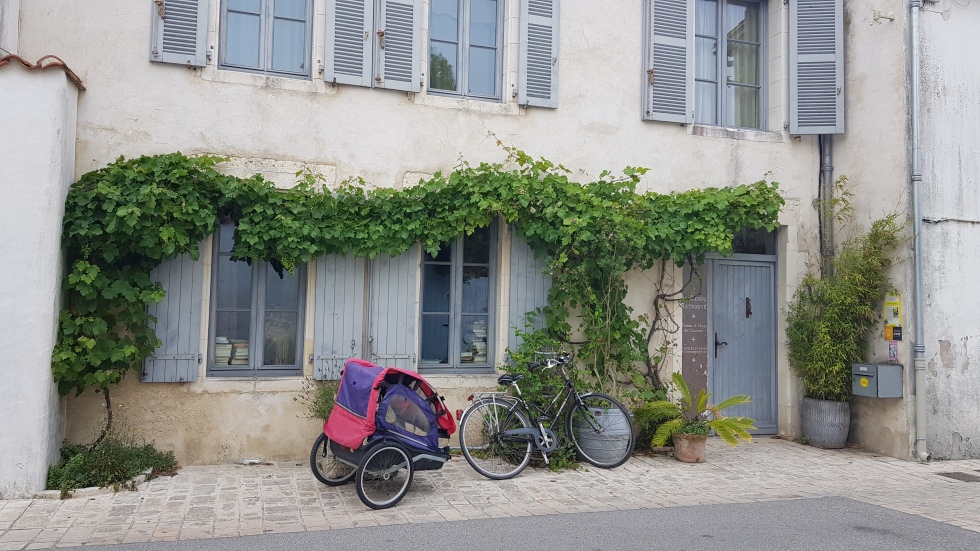 Ars-en-Re continues in the Spanish theme, but its main feature is an unusual church, the island’s oldest parish.   Its unique black and white spire was once a day marker for sailors.  The ancient port, once passage for salt to northern European is now lined with pleasure craft.  With its narrow streets lined with hollyhock strewn shuttered cottages, it’s a perfect spot to explore by bike. 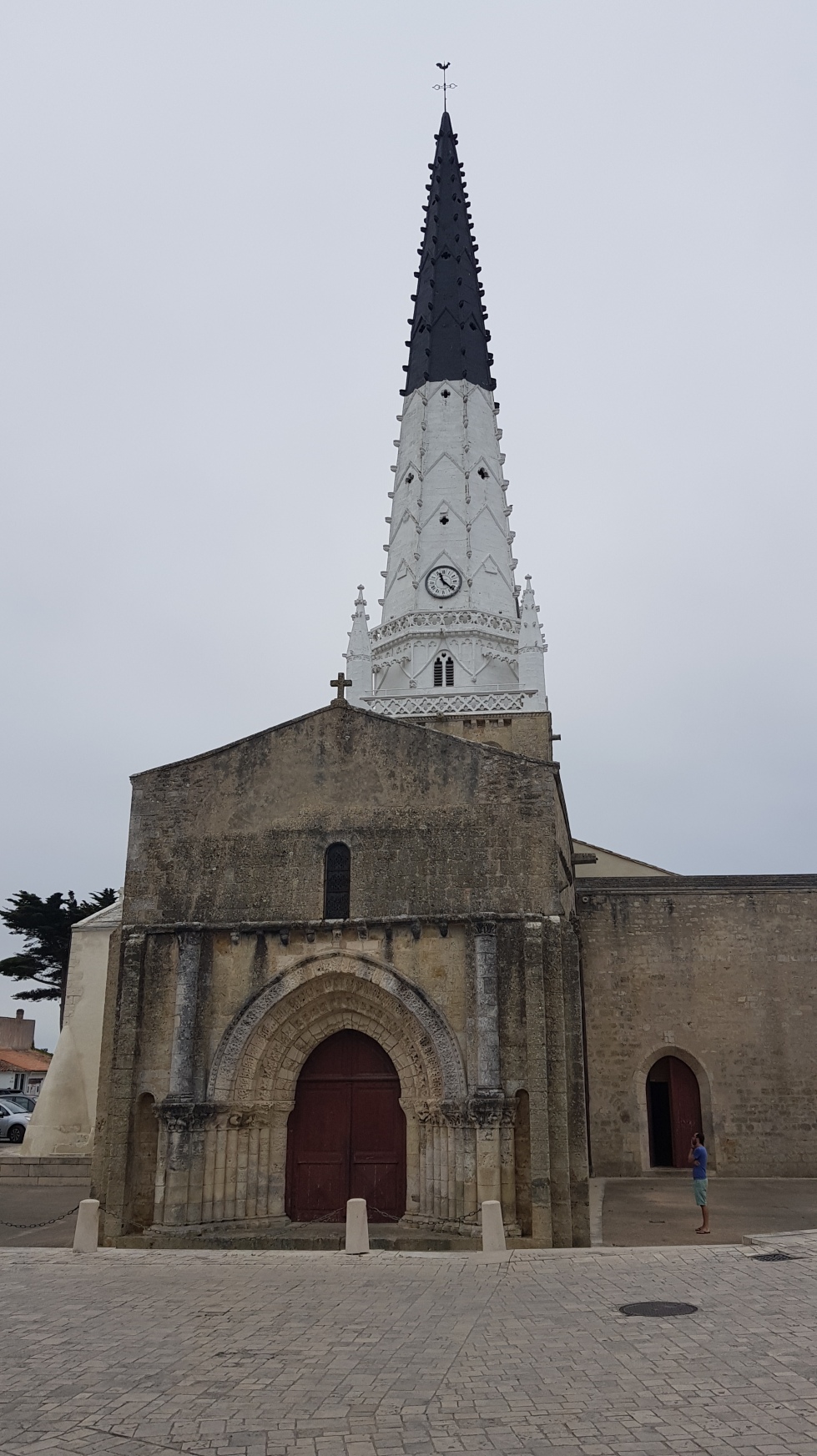 We stumble across a fabulous market, housed in what was once salt warehouses.  It’s the first fresh food market we’ve come across.  Whilst the French supermarkets are excellent, its markets are things of beauty. 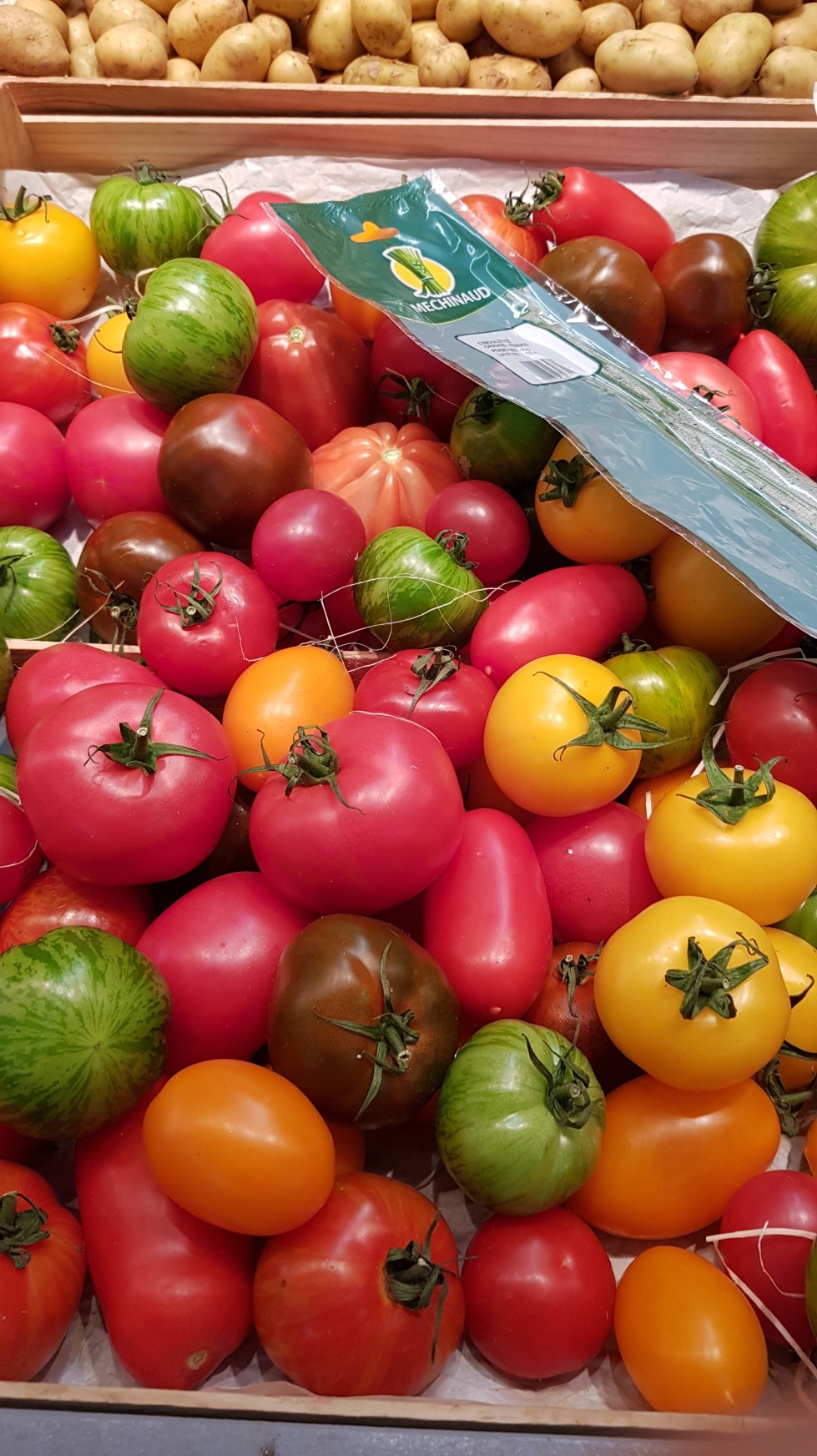 Tomatoes of every hue, seafood of all persuasions, beautifully prepared produce that wouldn’t look out of place on restaurant menus.   A very happy place to be. 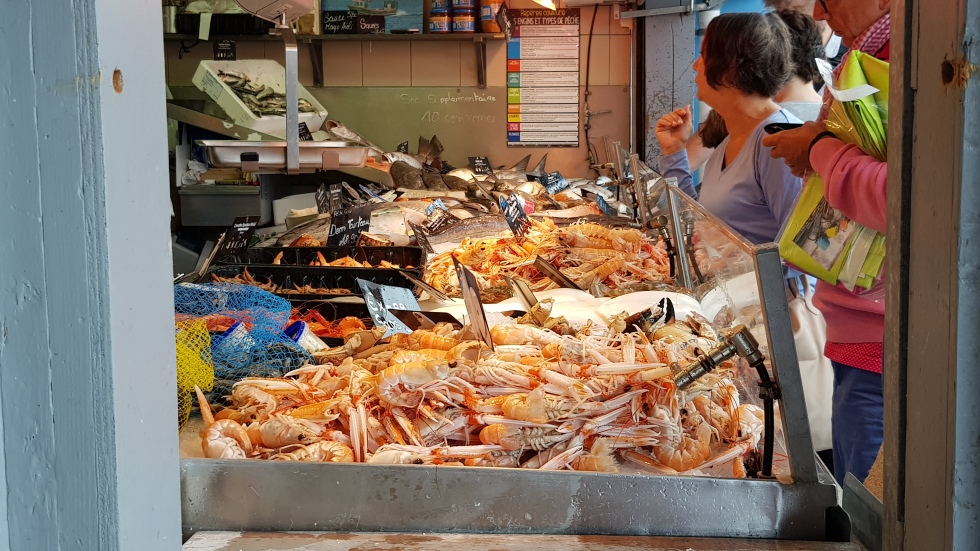 We drag ourselves away eventually, limited by what we can carry and fridge space, which is already groaning under the wealth of local offerings.

It’s time to leave, stopping only for a quick peek at our last village, La Flotte.  Also lined with salt marsh, the way to La Flotte also reveals the source of yesterday’s wine with heavy plantings of vine along our way.   It’s also an oyster production area – fresh oysters are on offer everywhere, there’s even a 24 hour oyster bar. 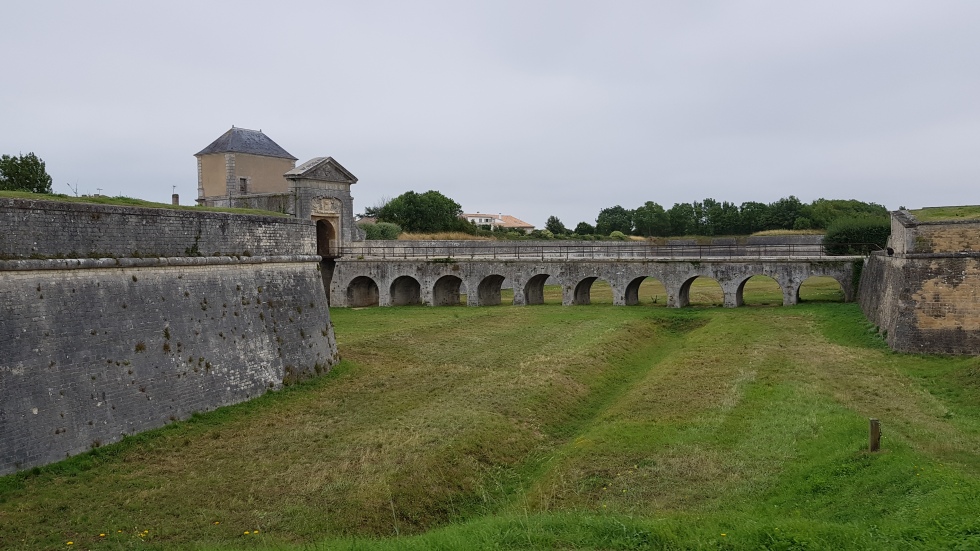 La Flotte has made use of the local stone.  It’s barriered by the 17th century Fort de la Pree, built in defence of the English invasion.    It’s a peaceful spot now, guard only to donkeys who graze nearby.

We bid farewell to Ile de Re, travelling back across the bridge, heading south to eventually settle on the La Charente river, near Soubise.  I make good use of my carrots sticks to make friends with the locals.  There’s another camping cat nearby, a tortie, giving two Jack Russells attitude, pointedly ignoring them as they work themselves into a frenzy.