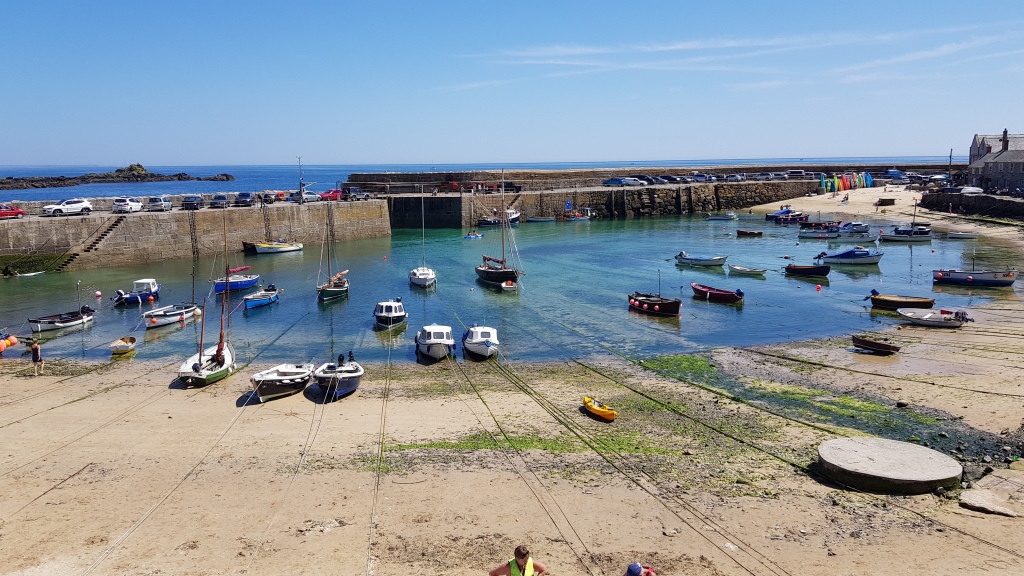 There’s much of England that lends itself to fairytales and today exploration is no exception.  Unlike Alice down the rabbit hole, it’s down the Mousehole today.  Seriously, this is a place, Mousehole.  Very possibly the most charming place name unless there’s a Rabbit Warren or Squirrels Nest I’ve yet to run into.

Mousehole is situated on the southern tip of the Cornwall coast, just past Penzance.  This part of the coast has a rich history of smuggling, pirating and sadly, invasion – the Spanish raids of the 1500s razed much of it and the gorgeous stone cottages we see today are the “new” incarnation.  Well, as new as as the 1600s could be considered. 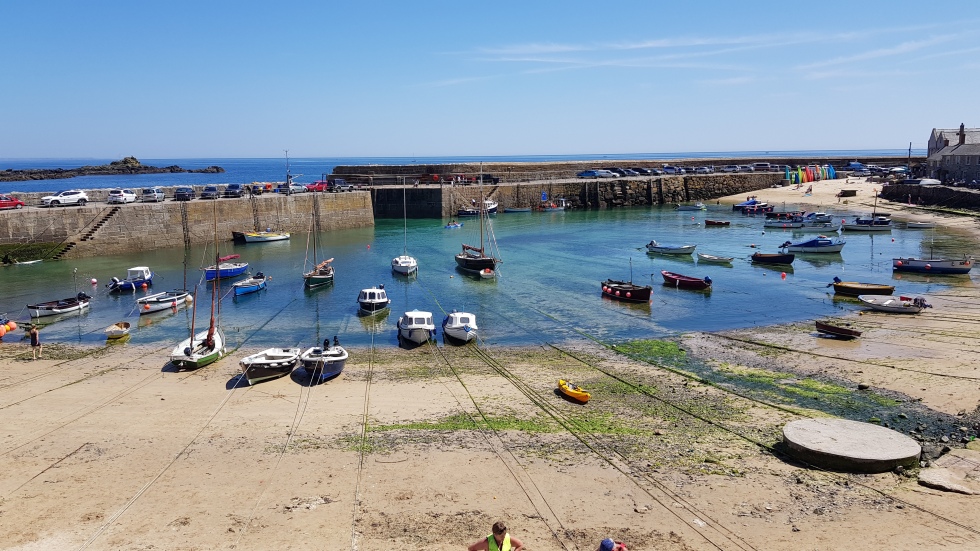 Mousehole (nope, still not tired of saying it) is most famous for its harbour, a round protected bay embraced by two massive harbour walls, which in winter are sealed off by the insertion of massive pylons, sealing the harbour entrance.  A practical and elegant solution to the ferocity of the winter seas.
Its days as an active plichard fishing town (or black market port) long behind it, the modern trade is tourism.   The locals splash about in the sun and blow ins like us schlep up the hill to admire the gorgeous setting, giggle at the miceholes drawn onto buildings and marvel over the tiny streets. 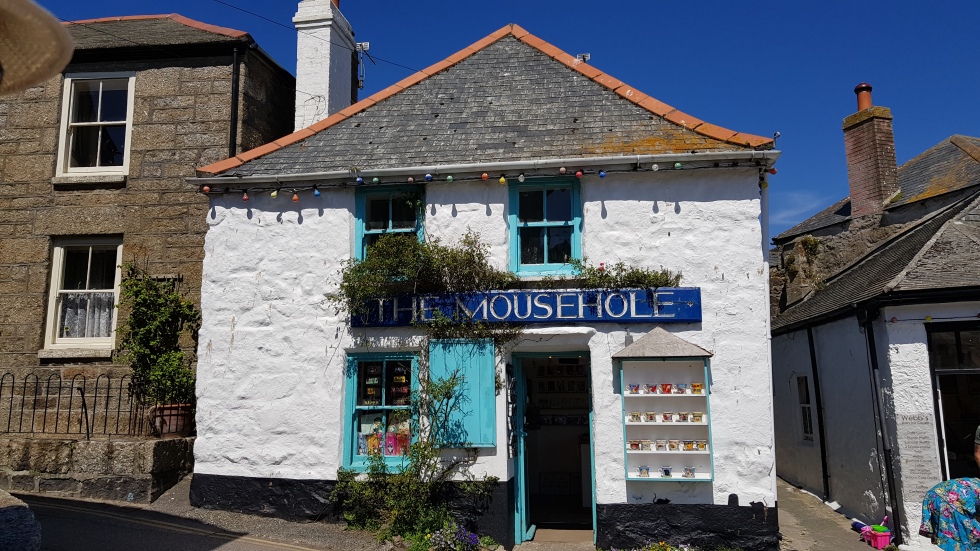 Nearby Penzance is a stark contrast, large vs twee and still an active port although today’s activity appears to be competitive sunbaking and beer drinking.  Maddogs and Englishmen, etc.

Further afield sits St Michaels Mount, a 300 foot granite outcrop, once a monastery and place of pilgrimage, now a National Trust site.  We’ve visited it before, but I can’t resist a drive by for a photo.

In other news, I’m now the proud owner of two tail cushions which may well be the best £12 I’ve ever spent as they make me smile each time I pass them.  Just look at them!