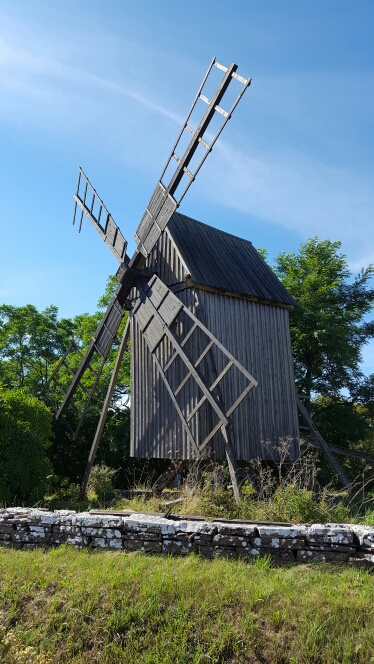 There was a bit of rush on wildlife late yesterday.  Chris spotted a hare taking a time out in a field on the way to the ferry.  Later, back on the mainland, I see a red deer nibbling her supper right against the protective fence and a chorus of sonic bat tweets herald twilight.  I stood for ages trying to spot them, sound moving all around me, but could not.  They are quite tiny here and quite good at camoflauge it seems.

In our absence, the mainland has become a series of shorn fields, the industry of late summer.  Farmers are taking advantage of the fine weather to get their crops harvested before the autumn rains set in. 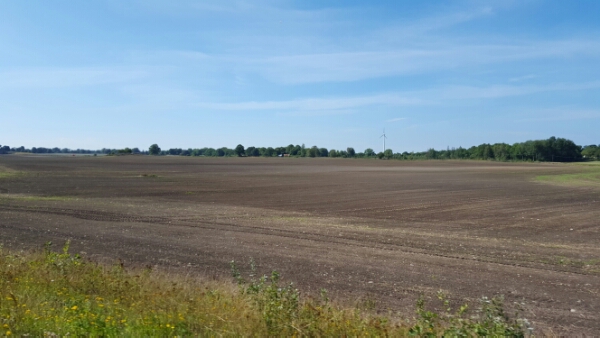 The side trip in and out of Gotland has brought us around 400 km further south. The trees aren’t turning here yet, but the ferns underneath have begun their descent into autumnal colour.  Heather makes a reappearance, walls of pink line the forest banks.  It’s interesting, seeing the changes in landscape as we get further south.  Here, the trees probably have a little longer before winter ice blankets the landscape.  Like the farmers, they’re making hay while the sun shines, holding on to their food producing  greenery as long as possible.

Moose signs are back.  Chris has a theory that they’re there just to tease the tourists.  I live in hope though.  Moose.  How I’d love to see one, well another one, for more than a moment.

Having fallen for the charms of Gotland, I can’t resist asking Chris to take another island detour, to the long, slender island of Oland.  It’s connected to the mainland by a 6 km road bridge and is another UNESCO site: the whole of South Oland has been protected under a World Heritage overlay as a unique cultural and geogical site.

South Oland has quite a number of things that make it unique.  Its history goes back to the Bronze and Iron Ages. The landscape is covered with burial mounds and stone monuments from these periods.  One section is a 1.5 km strip of endless monuments. Some sit in front yards and many in farm fields, respected and untouched.  Human settlement has a long history here.

South Oland has a limestone base.  Its other unique characteristic, one that’s shaped the thousands of years of human settlement, is that it’s a particularly thin section of the Earth’s crust.  Farming here is not for the faint of heart, there’s barely any topsoil and this in turn means that timber is a scare resource. What trees there are, are tortured and stunted.

Olaf’s houses are stone, as are its endless fences.  The combination of prehistory and geology has come together to form a unique human settlement history. 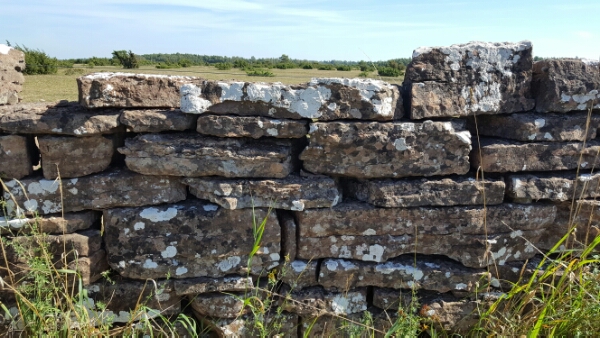 There are still some hardy  souls who til the land today.  Potato, onion and corn in the main along the West and East coasts. Black sheep roam freely everywhere bar  the centre of Oland which is still wild, even after thousands of years of habitation.

Also unique here are the small wooden, ancient windmills that dot the landscape.  They’re quite unusual in design, square, and very local in function.  Almost every field has one.

The East coast farmers have a gentler time of it, the farms are larger and more prosperous, the landscape is a little less tortured.  It’s an exceedingly pretty drive, quite different on each coast and in the centre.

We make it all the way to the base of Oland, its most southern point, a sea wetlands and migratory bird observatory for decades.  Some 20,000+ birds are tagged and studied here each year.

The beach is  slate, clattering underfoot and it is indeed a birdie paradise.  There are hundreds of cormorants, white swans, all manner of gull and many sea and land birds we can’t identify.  One particularly fancy one, looked as though she had a race day fascinator affixed to her head.  Plumage for days.  The binoculars are put to good use; I’m so pleased we have them.

Signs speak of seals that visit, but none can be spotted.  Not for lack of effort, I assure you.

The Swedish royal family holidays here, on Oland, no doubt in tucked away luxury.  Luxury or not, it’s a simple setting, there is no glitz or glamour, which is an admirable choice, when a world of options is at your fingertips. 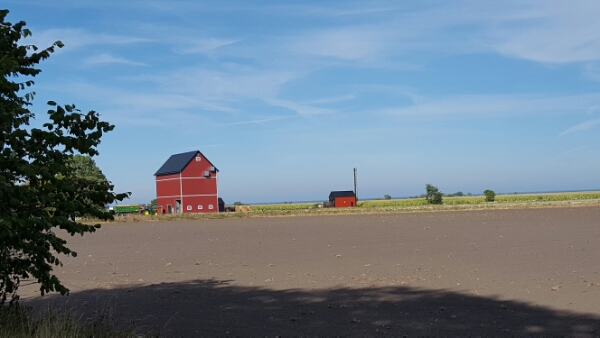 South Oland explored, it’s back over the road bridge to settle on the mainland, by the sea.  Some of the white swans have drifted across, or perhaps they’re off the islands that dot the crossing.  They’re quite regal in their pure white plumage.

We spend a peaceful evening by the sea.  I’m watching Orange Is The New Black, having burned through all seasons o f Vikings and Six Feet Under.  All winners so far.   The gift of time is a wonderful thing.