On to Santa’s village!  How fitting that Santa lives in Lappland, a name that still seems quite unreal to me.

Finland continues its beautiful landscape of forests and still waters.  Today’s forests are mainly silver birch and despite it only being early August, we’re treated to an early show of autumnal colour.  One of the many things I love about Europe is how distinctive the seasons are, each with their own character. 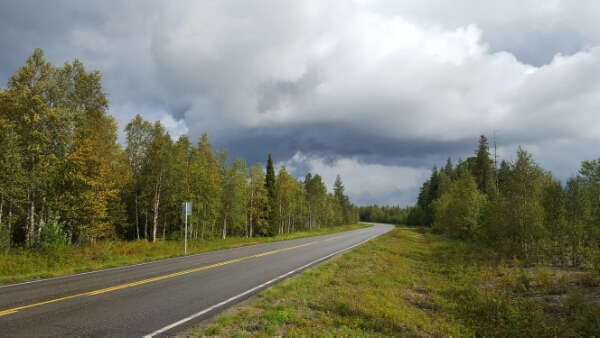 As we head south, wilderness gives way to occasional farms and cottages.  Civilisation creeps in slowly, albeit dispersed by great tracts of green.  As best as I can see, the cultivated fields seem to be mainly summer meadow, no doubt hard feed for the winter months.

We stop for lunch to enjoy  delightfully homemade treats.  Salmon pie and  cloudberry crepes to finish.  Bar a nibble of one in the wild, it’s my first taste of cloudberry in cooking, here used as a sauce.  It’s not dissimilar to raspberry in its tartness (also appearance) and just as delicious.  I tell our cafe owner and she beams, proudly tapping her chest indicating “mine, I cooked that”.  Well proud she should be. 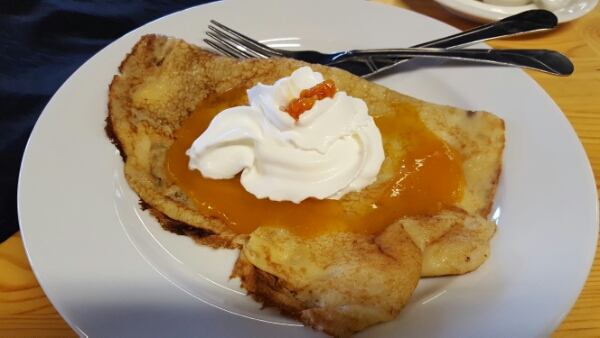 Tummies sated, it’s back on the road to Santa, otherwise also known as Rovaniemi.  Our real reason for visiting is the post mark, being officially from Santa, complete with reindeer.  I know little people who will pour over that for some time to come, hopefully helping to preserve childhood innocence just that tiny bit longer.

Santa’s village is right on the Arctic Circle crossing.  It comprises of a number of gift shops and of course Santa’s office, complete with the man himself and charming touches such as staff entrances marked “elves only”.   Little people brought here would surely be utterly convinced.  In summer it lacks the charm of winter, covered under a blanket of white, lit up with fairy lights.  Pictures attest to its winter state, and it’s added to the list of things that I would like to do in winter.  I resist seeing Santa (damn grown up sensibility) but we do sit down and pen cards from Santa to the children.  I hope they get as much fun reading them as we did writing them. 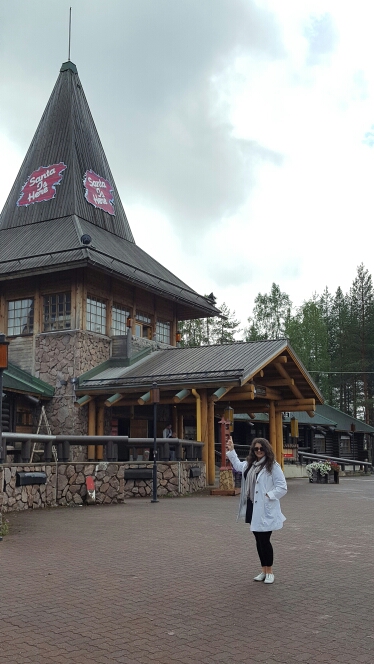 I find out later that Santa’s reindeer are hidden away a little distance behind the village, but for the moment I’m distracted by the Husky Park at the entrance.  The park runs over 60 working sled dogs, and lucky us, presently has three puppies.

When we enter, the huskies are on full alert – it’s almost suppertime and their focus is absolute.    The dogs are a little smaller than I thought they would be, housed in pens of 3 or 4, each with their own kennel lifted well off the ground.  Their colours vary from light to dark as do their eyes from brown to the brightest blue.  Some have differing eye colours, one blue, one brown, giving them quite an intriguing appearance.

We’re not allowed to pat the big dogs, but the puppies are another matter.  Three little ones, twelve weeks old, full of puppy mischief and goodness.  They trott over, poke their little heads out and take all the love that’s on offer.  Much joy and bitey puppy love.  Bliss.

The most fascinating thing about the big dogs is watching the process of feeding.  When the keepers arrive, the place is a frenzy of jumping and barks.  Not so though, when their own bowls arrive to  individual enclosures.  When the keeper opens the door, everyone steps back, very calmly.  Some sit.  The keeper then places the bowls at his feet inside the enclosure and interacts  with the dogs – a softly spoken exchange which goes on for a while.  He then indicates they can eat.  By now, I’d expect supper to be bolted down, but the dogs eat delicately, nibbling on their portions which are absolutely huge.  This process does the rounds, pen after pen.

By the time we see all this, it’s raining so it’s time to go.  We steal another round of puppy love on the way out, one cheekily gets hold of my scarf, another, Chris’s foot, then sadly it’s time to say goodbye. Puppy love, it’s good for what ails you.

Even better I see a billboard for a wildlife Park, the Ranua Zoo.  It’s quite out of our way, but still essentially south, on the E78.  Softened up by puppy love, Chris agrees we can go and changes course to southeast towards Ranua (also the township).

Very excited – it looks amazing and has many animals that I’ve been longing to see. 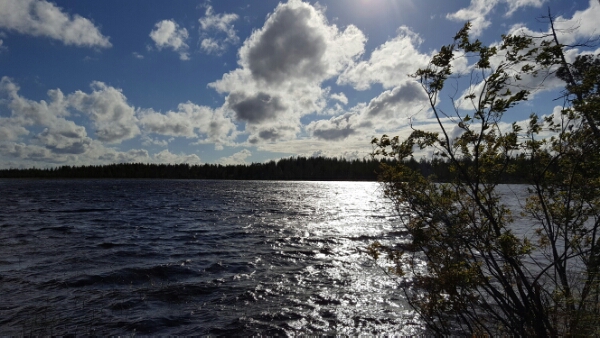 We stop for the night by a lake, surrounded by forest and mushrooms, many of which bear nibble marks, but no one furry is to be seen despite a long walk through the woods.  I’m not worried.  I’ll get my fix tomorrow. 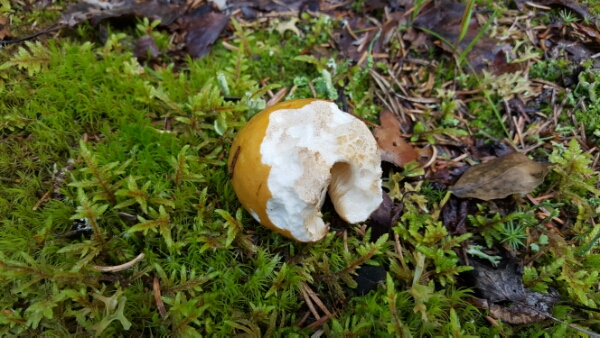