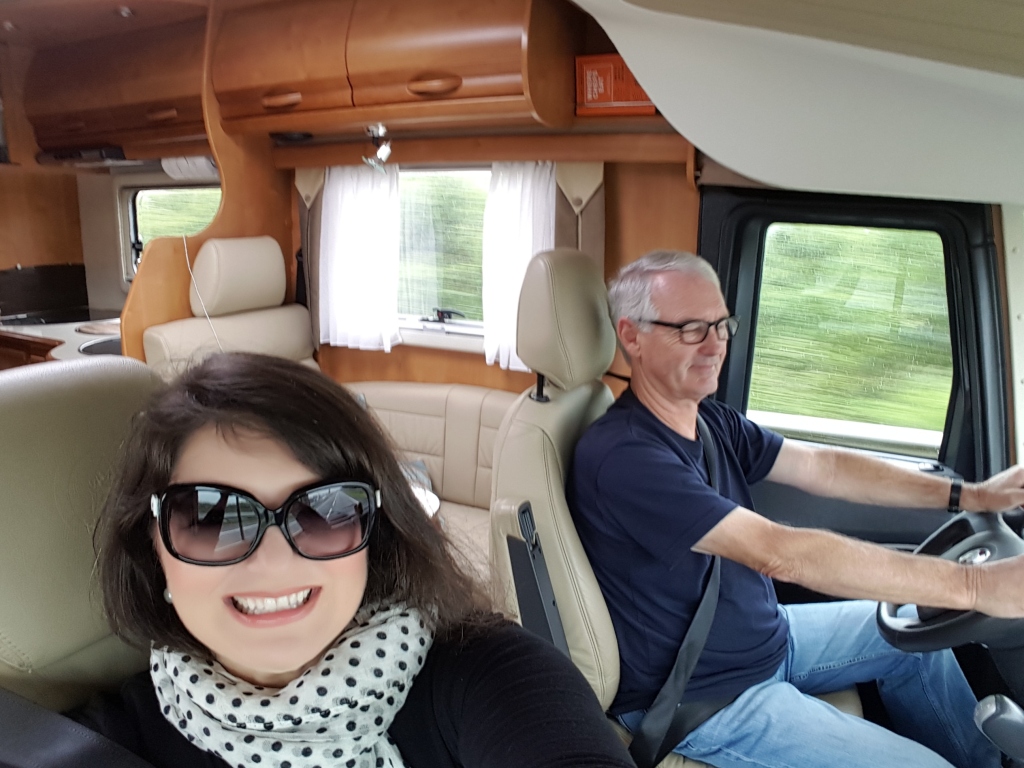 And we’re off!  Leaving Cornwall today.  The rain which has been lurking sets in – it’s the price you pay for all this gorgeous greenery.  It may put squirrel island in jeopardy though.  No point in trying to squirrel spot in the rain.  It gives them frizzy tails and hence they refuse to come out.  I sympathise, frizz should be banished.  And they don’t even have the advantage of hair care (tail care?) products!

Cornwall is washed clean under grey skies.  We’ve a four hour drive ahead and there’s nothing to do bar watch the landscape unfold and listen to music on my favorite station, Pirate FM.  They made a movie about it, renegade broadcasting offshore when they were refused a license, or perhaps refused to pay for the licence and chose to broadcast outside the 12 mile limit, on a boat.  As you do.

The farm animals are washed clean in the rain, black faced sheep wander about, their coats a gleaming cream. Holstein Fresian black and white cows made a postcard picture against green pastures. It’s all so very pretty, despite the rain.

Cornwall gives way to Devon.  Farmhouses to charming stone cottages complete with gorgeous thatched roofs.  Many are two storey with attic dormer windows, nested in thatch.  It’s like stepping back in time.

In the land of cream tea, it would be rude not to stop for one, so we do, in an inn dating back to 1755.  Here Chris breaks the news that this weather means squirrel island will need to wait until our way home.  It’s disappointing, but I think he’s right.

We divert to our next destination, Stourhead Estate a manor home and grounds with a working farm.  We arrive late afternoon and I spy on a fat rabbit through binoculars as Chris cooks.  He’s intent on stocking the freezer.

Later I make a moussaka for dinner and we settle in for a movie.  It’s been raining non stop, but we are cozily inside.